Lack of capital (read: cold, hard cash) is one of the main barriers that keep minorities and women from playing in the big leagues of business. So when I heard that Chicago businessman Jonathan Jackson had joined a $250 million bid to buy the bankrupt ION Media Networks, I thought, "Brother, I didn't know you had it like that?" Then I thought, "Where'd you get all that money?"

Well, Jackson, who happens to be a personal friend and partner in a social justice blog I run, got the money the old-fashioned way. No, not work, we know that's overrated because we're all still doing it (if we can) and just making it. No, I'm talking about that time-honored art of wealth building through relationships. 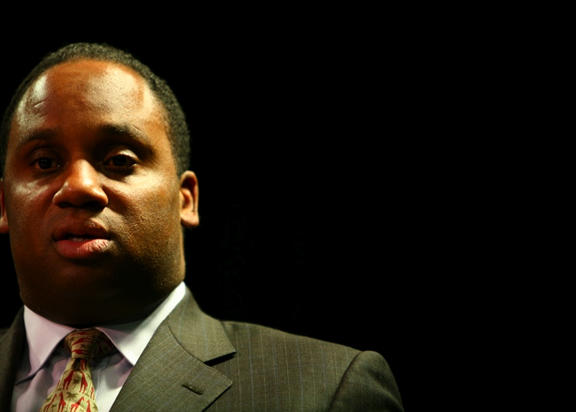 In this case, Jackson has nurtured a two-decade friendship with Steve Friedheim, CEO of Cyrus Capital Partners. The guys always wanted to do a deal together; and boosting the ranks of minority media ownership seemed like just the right one. So Jackson pulled together a team of minority investors to join what ended up being the highest bid offered to buy America's largest group of independent broadcast stations, of which there are 60, situated in cities like Kansas City, Philadelphia and Detroit. At one point, Cyrus was offering $150 million but upped the ante to ensure everybody walked away from the deal happy.

And do you know what? ION's board rejected Cyrus' offer. Apparently, they're under some impression their creditors don't want all of their money back.

Then Judge James Peck of the United States Bankruptcy Court for the Southern District of New York went further. He agreed ION could stick with the bad (read: less money) deal it made with Avenue Capital Group to acquire the company. I guess I can see where he's coming from; being judgmental requires more work, something I don't think America's bankruptcy courts are prepared for now that they're playing on the main stage of the country's great financial unraveling.

Incredulously, ION's CEO, Brandon Burgess, suggested the presence of "new" investors, meaning the minorities, could thwart FCC licensing approval. I know for a fact this is wrong. Two years ago, I covered FCC public hearings and had a nice, long chat with FCC Commissioner Michael Copps. In his public statements, and in talking with me, he affirmed the commission's commitment to boosting the ranks of minority- and women-owned broadcast outlets. The sticking point: Lack. Of. Capital.

Apparently, the principle of he-who-has-the-most-money-wins doesn't count, especially in this case where a significant 18 percent to 20 percent minority ownership stake means that green is coming from black and brown hands.

This deal is a game-changer on grand scale. Joblessness for young African-American males has reached Depression-era levels. Americans of all stripes are losing their homes in droves: The number of foreclosure notices during the third quarter reached a record high of 937,840, according to RealtyTrac.

This deal is huge for a large swath of America. First, ION's creditors would recoup more of their money, which is only fair. But having a minority voice in the boardroom of this large independent media company means minorities and women get responsibility for and accountability to telling our own stories, to harness our own unique narrative. That happens so infrequently on prime-time TV. Really, how can it be that It's Always Sunny in Philadelphia, if there are no black people in it? Why does Modern Family have to showcase yet another sexy, sassy Latina character? And how come it's news when a big-boned white girl heads up a TV show (Drop Dead Diva), when, actually, she looks more like the average woman than the prepubescent-looking girls peddled to us as the ideal of womanly beauty?

Can you image what TV might look like if it looked like the people who watch it, often in higher proportions than the people being targeted by an overwhelming white, male corps of writers and producers?

Having keys to the White House is just one step toward being a truly post-racial society. Economic parity must occur, and not in the perverse, inverse way we're all equally broke waiting for the economy to right itself. For true equality, corporate America is going to have to turn over the keys to the boardroom.

To start, ION should take the money; then hand over the keys, please.

Deborah Douglas is a Chicago-based journalist and writing professor.