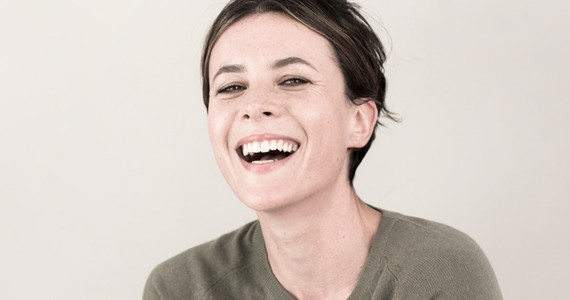 The ability to be your own boss, to work wherever and whenever you want and promote what you're passionate about, all the while earning an income. That's the daily life of a blogger, in a simplified nutshell. Sounds like a dream job! But billions of blogs exist and only a small handful strike the "iconic" cord with readers.

In 2006, Garance Dore was an aspiring fashion illustrator who wanted to try out the (largely untapped) blogging medium as a way of getting her art seen. Fast forward not even ten years and... everybody in the fashion industry knows who she is.

"I still like to surprise people when they ask me what I do by answering that I'm a blogger, because to this day they always look at me with a lot of questions, and it opens a nice conversation," says the affable founder and creative director of the brand, Garance Dore. Yes, she's now a lifestyle brand and between her self-taught photography, illustrating, writing and all manifestations of the above, a very prolific one at that, with countless luxury companies occupying her increasing collaborations roster.

Unsurprisingly, her childhood was spent pursuing many creative endeavors. "I was dancing, playing the cello, and everybody was always like, 'You're an artist!!!' I was drawing all the time. I was very good at writing." But when the time came to "make real decisions," this self-professed, "deeply obedient kid" chose pleasing her parents, who opposed her pursuit of creative ambitions and favored a more stable career path. It took, "ten years and a lot of analysis to come back to myself," Garance says.

Is she surprised by the success she's found? "More than surprised," she admits. "I have a very simple, grounded way about life so I have never really examined what I project, I'm only starting to understand it now."

Do good instincts have anything to do with her success? "I try to find the balance between following my instincts and strategizing," she agrees. "When you're strategizing never forget to ask yourself the first question: Why do you do what you do? What's your mission? What's your idea of success?" These questions keep her grounded.

Her blog has taught her that creativity is like a moving target. "Don't get too stuck, don't always try to be perfect," she shares. Instead, evolving has become part of her lifestyle. "A blog is so instant; if I wanted it to be as perfect as a magazine I would never publish every day. In the end, it's the authenticity people get attached to." Truly, Garance's online voice brims with unpretentious authenticity.

I ask her what she attributes her achievements to. "I don't really know what I can attribute it to," she answers. "I think a lot of energy and desire (...) and then a question of timing, being at the right place at the right time and pushing at the right moments. A little bit like a surfer who catches a wave, it's a mix of instinct and of a lot of work," she waxes poetically, with a smile.

Being one's own boss is filled with pluses; but it's also an incredible amount of pressure. "Funny enough, I don't get overwhelmed," Garance says. "I used to be a very anxious person that used to get very overwhelmed - I really worked on that and now I feel pretty relaxed," she casually waves off the statement with a totally believable smile. "I try to see through and always remember what really matters." When all else fails, Garance has many tricks to refocus, ranging from drinking a margarita with her best friends, to escaping to Costa Rica. Good tips!

She has another - this aimed at anybody with a desire to pursue a creative passion. "Basically, just do it," she encourages. There's no easy pathway to success in any industry; an extreme amount of diligent work is what sustained Garance's start. "I didn't really realize at the time because I was carried by passion, but I was pretty obsessed by what I was doing," she says; she still is. "I think there is no way you can succeed as a creative if you don't give it your everything." Having the right team to work with is a close second. "To me it starts with people that I get along with and have the same values of warmth, hard work and fun. If you have that, you can go very far."

So, Garance, is what you do a dream job? "I love everything about my job, but of course, the freedom is priceless. And having a voice is priceless. And teamwork is fantastic." The toughest part is the constantly moving landscape of publishing. "It's fascinating and I love being part, but in a way sometimes I feel that it's more about the medium than the content. I love exploring it though," she says, offering her newfound enthusiasm for Snapchat as an example.

Hard work, passion for it, and creating a good support system; is that what's needed for success? She offers one final ingredient. "The real secret is to really believe you can do it. To visualise, dream, and then make it happen," she offers. "It sounds cheesy but that's the main thing I tell to people who come for me for advice." Coming from this self-taught illustrator, photographer and writer who's gone from anonymity to having the entire fashion world at her red-manicured fingertips, I think that's very sound advice!