Paleontologists are reporting some big news--literally. They say they've identified an extinct turtle that was the size of a Smart car, with a shell big enough to hold a kiddie pool. Fossilized remains of the titanic turtle, dubbed Carbonemys cofrinii, were found in 2005 in a mine in northern Colombia, according to a written statement released in conjunction with the report.

"We had recovered smaller turtle specimens from the site," Edwin Cadena, the North Carolina State University doctoral student who discovered the fossil, said in the statement. "But after spending about four days working on uncovering the shell, I realized that this particular turtle was the biggest anyone had found in this area for this time period--and it gave us the first evidence of giantism in freshwater turtles."

The turtle is believed to have lived 60 million years ago--about five million years after the dinosaurs vanished. Its skull is about the size of a football and its shell measures 5'7". And it wasn't the only gigantic reptile in the area at the time. According to the statement, it lived alongside Titanoboa cerrejonensis--at a length estimated at 45 feet, the largest snake ever recorded. 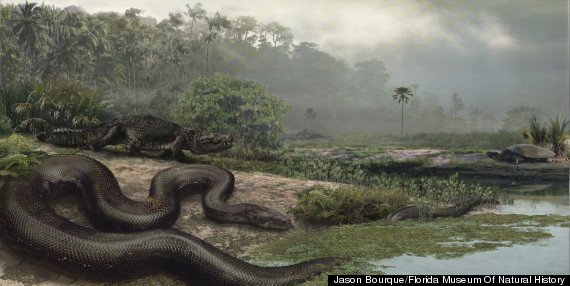 Those are some big critters. But if you think Carbonemys was the biggest turtle that ever lived, think again. According to the website of the National Museum of Wales, the largest turtle on record measured almost nine feet in length and weighed 2,016 pounds. That beast, which washed ashore in 1988, is believed to have been about 100 years old when it died.

What do big monsters like that eat? As for Carbonemys confrinii, its massive maw suggests that ate just about anything it wanted--from mollusks to smaller turtles or even crocodiles. 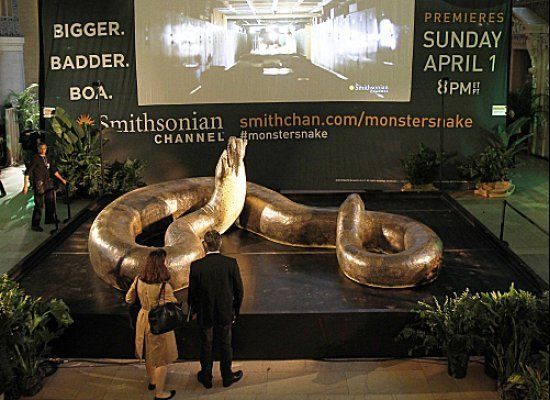