Didn't sea you there, turtle.

A green sea turtle photobombed Diovani de Jesus' group picture while he was on vacation on Apo Island, in the Philippines earlier this month, according to a caption from Caters, a news agency based in the United Kingdom. 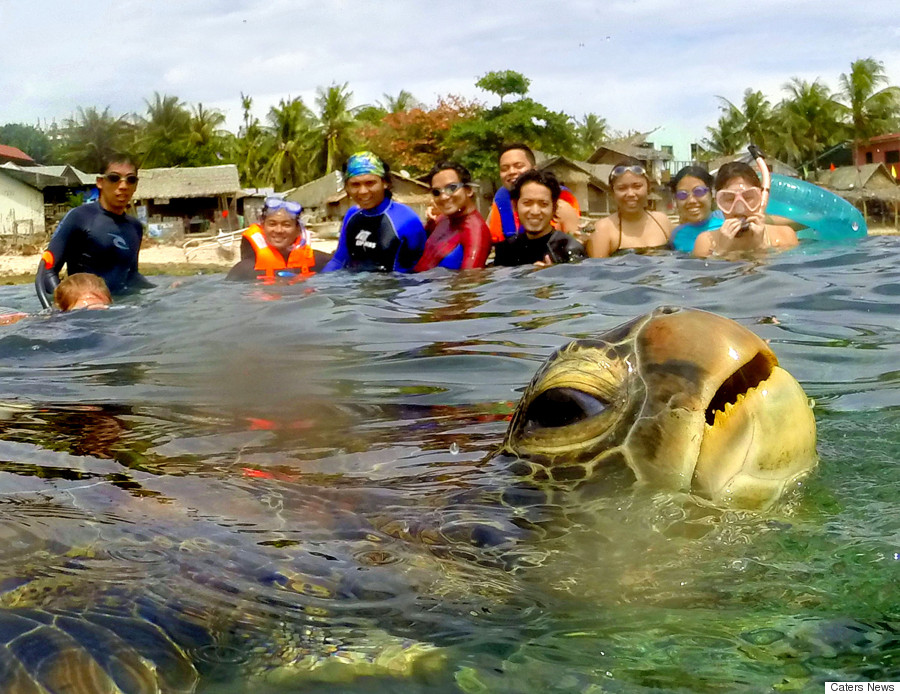 On his blog, de Jesus explains, the "shallow area" where the picture was taken "is a feeding ground for sea turtles."

"This is a reminder that humans and creatures like this gentle [sea turtle] can co-exist," de Jesus said.

Experiences like this could become more rare. The World Wildlife Federation notes that "nearly all species of sea turtle are classified as endangered."

A host of reasons account for the turtles' dwindling numbers, including poaching for their eggs, meat, skin and shells, habitat destruction and climate change. Global warming changes sand temperatures, which affects the sex of turtle hatchlings, the WWF said.