A bunch of fluffy skirts have been invading this hospital.

Every Tuesday, staff members at the Joe DiMaggio Children's Hospital in Florida don brightly colored tutus around the building to make the kids smile for "Tutu Tuesdays." Linda Herbert, the resident clown at the hospital who goes by "Lotsy" while on the job, told The Huffington Post that the tutu tradition began spreading throughout the building last summer and now, more than 150 employees wear the zany skirts. 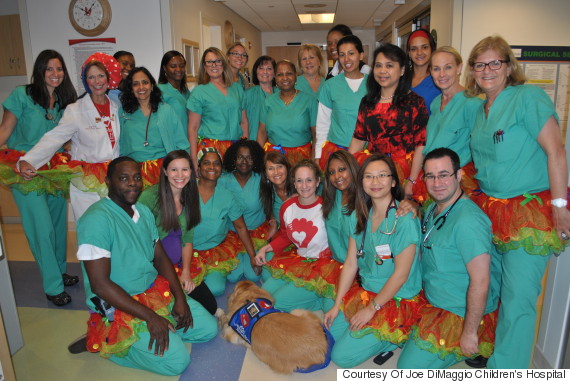 "It's just fun," Herbert said. "To make even one child smile -- that's powerful. And to see the father and the mother smile ... it just makes the day lighter."

The trend started when Herbert, who often wears tutus for work, was trying to distract some children before surgery. Herbert decided to speak with a young patient, who pointed at Tony Smith, a member of the surgical transport team, asking why he wasn't wearing a tutu. The hospital clown gave Smith hers and he put it on. The simple change in wardrobe made the child smile. 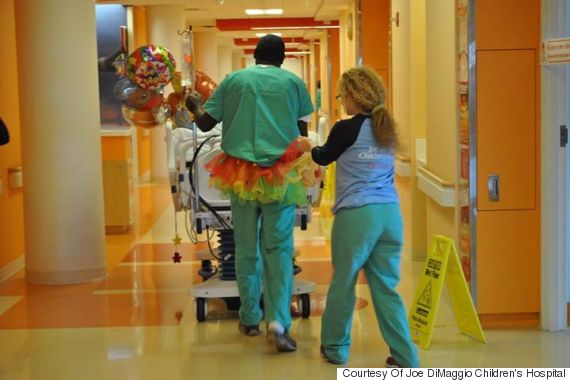 Tony Smith, wearing a tutu, which sparked the entire tradition.

"That day, it was all about making a patient feel comfortable," Smith told NBC6 of the act. "Having me put on the tutu made her feel better.''

Word spread of Smith and his tutu, and different departments started joining in on the fun.

"Even the valet guys wear their tutus on Tuesday!" Herbert said. 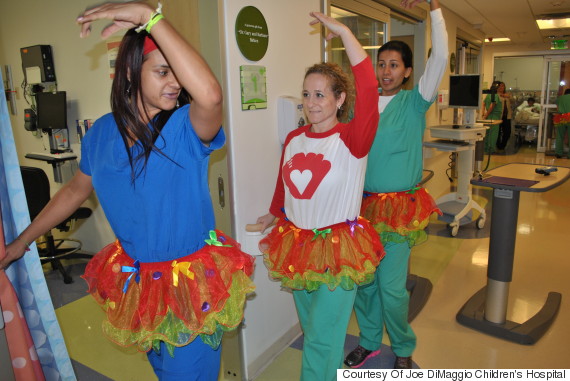 Staff members clowning around in their tutus.

The hospital clown told HuffPost that both kids and staff look forward to the days in which they can wear their silly outfits. She explained that the tradition has proved that the facility doesn't have to seem like a dreary place.

"It's not all about medical procedures," Herbert told HuffPost. "We really believe in the power of laughter and smiles and having fun."