In a paranormal event to rival the Philadelphia mass turbulence of 1947, and the Gozer the Gozerian attack on New York City in 1984, a new Ghostbusters film is arriving in theaters on July 22, 2016. And this time, the bustin' will come courtesy of a cast of four women comedians.

Although The Hollywood Reporter says the negotiations are "ongoing," this looks like a pretty done deal. Interestingly enough, both Wiig and McCarthy were two actors that original ghostbuster Bill Murray suggested for the job when asked by the Toronto Star last September (where he also suggested they all-female cast would have better outfits).

But if the female cast gets a thumbs-up from a ghostbuster, how does the idea strike a ghost hunter? I reached out to Amy Bruni, a paranormal investigator on Syfy's 10-year-old series Ghost Hunters to find out.

Debuting in 2005, Ghost Hunters introduced many reality-TV tropes surrounding the paranormal, and remains one of the most popular. Bruni retired from the show last year following six years and 112 episodes as one of the only female cast members, and is still listed as an active member of the series on its Syfy site. She has also been a longtime organizer of paranormal conventions and is the founder of the Strange Escapes event company.

Bruni joined me in the interview below to discuss what she's excited about, or concerned by, with the new cast of Ghostbusters. She also offers some advice on busting ghosts, and how to do deal with being women in a ghosty boys club. 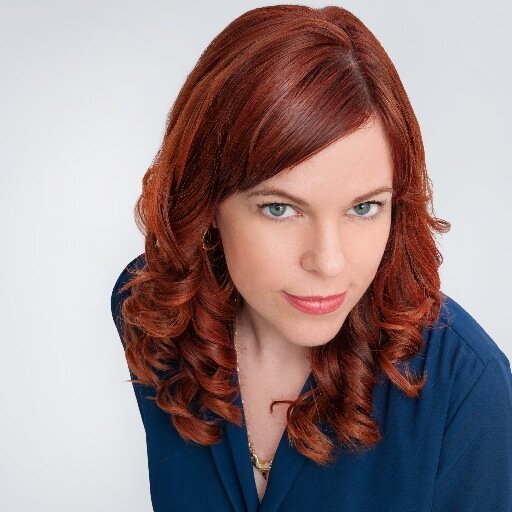 What was your initial reaction when you heard there was going to be an all-female Ghostbusters cast?

I definitely thought it was a stunt. Then I thought about it more and realized it was perfect. There was really no way they could fill the shoes of the original cast, or re-cast them with younger actors because they were just too iconic.

Would you prefer seeing these women as characters existing in the same universe as the other Ghostbusters, or as original characters in an entirely fresh reboot?

I think what would work, and what is most believable, is if this cast is in the modern-day and that the past team still exists. Some crossover of characters would be amazing. I'd of course love to see some sort of dedication to Harold Ramis. [Ramis died Feb. 2014, and Bruni weighed in with Huffington Post with how his death impacted the paranormal community.]

What are you most excited to see from this new cast, and are you hoping for some paranormal investigative authenticity?

I think some people would be surprised to know how authentic the original Ghostbusters movies were when it came to ghostly legends and theories. It is also sort of like Star Trek in that some of the things they used actually sort of came into existence later. ("PKE" meters in Ghostbusters = our EMF meters.) I would love if they actually took some of the devices paranormal investigators use today and put them in the movie. Let's face it, things like the Spirit Box, the Ovilus, Thermal Imaging Cameras? That could all be comedy gold. We're very easy to make fun of.

As a paranormal investigator, how are women typically welcomed in the field? Is it an all boys club?

I would say the paranormal field strongly skews female. When you attend a paranormal convention, you've usually got 75 percent ladies to 25 percent men -- keep that in mind, all you single paranormal enthusiasts! However, on television, the field is strongly represented by men and frankly, it's just not accurate.

In the years since the first Ghostbusters, there have been a lot of paranormal reality shows about ghosts -- with your show arguably being the most successful one. Would you like to see that genre reflected in the movie?

I feel they have to address the paranormal reality craze because it has become such a game changer in the field. I would love to poke fun at the TV investigator versus the die-hard old-school investigators. And they can poke fun at our equipment, or the fact that we pretty much never find ghosts. Like I said, we're easily mocked and if you're going to embrace the paranormal field, you sort of have to be ready to be made fun of. A lot.

Are there any changes you'd like to see made to iconic Ghostbusters imagery or, conversely, anything you fear (like pink jumpsuits)?

I love the Ghostbusters imagery. One of the first teams I was on actually used an old ambulance as our gear truck -- mostly because it worked so well for storing everything. I'm sure the jumpsuits will get a bit of an update. I hope not pink! I mean, if we wanted to really mock the paranormal community, they could get matching t-shirts with a team acronym on them, right? [Bruni's investigative team on Ghost Hunters was The Atlantic Paranormal Society, or T.A.P.S.]

Do you know the work of these actors, and if so, what makes them suited for paranormal investigation?

I'm a huge Kristen Wiig fan and seeing her name is what really sold me on this idea. She has a dry comedic style that I think will work great. Also, if any of these ladies need to consult with a real life female paranormal investigator, I'm just saying, but I'm available!

What advice would you give to the women of Ghostbusters about entering the field of the paranormal?

Ladies, you've got big shoes to fill. Dan Aykroyd and Harold Ramis wrote the original Ghostbusters because Aykroyd has deep knowledge and respect for the paranormal, and it shows in the final product. Do your homework and joke about us, but get to know the reasons and theories behind our crazy hobby. I look forward to watching!