A TV meteorologist in Mississippi ordered his newsroom to evacuate during a live newscast when the tornado reports coming in hit a little too close to home.

"This is a tornado ripping through the city of Tupelo as we speak and this could be deadly," said Matt Laubhan, chief meteorologist of NBC affiliate WTVA in Tupelo. "There's a damaging tornado... on the ground... right now. A significant tornado touchdown."

The video starts to break up, and for a moment it freezes.

Laubhan then flees the set and others can be heard doing the same.

WTVA sent out the same orders to its viewers via Twitter:

Tornado on the ground go to shelter in Tupelo now!!!!!

Shortly after, the station reported that everyone in the newsroom was safe:

We are safe here. How is it in your area? Send us pictures and updates by using #wtva42814

The tornado was one in a series of deadly twisters to rip through the south. 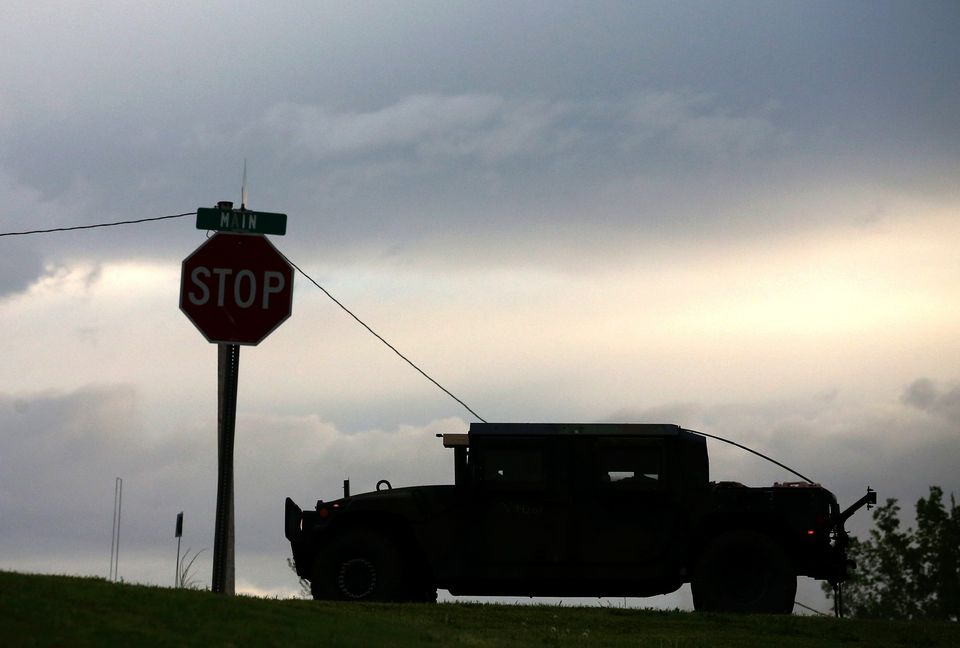 1 / 27
Widespread Damage And Casualties After Tornadoes Rip Through South
VILONIA, AR - APRIL 29: An Arkansas National vehicle patrols the tornado stricken area, on April 29, 2014 in Vilonia, Arkansas. After deadly tornadoes ripped through the region leaving more than a dozen dead, Mississippi, Arkansas, Texas, Louisiana and Tennessee are all under watch as multiple storms are expected over the next few days. (Photo by Mark Wilson/Getty Images)
Getty Images