We're unlikely to ever concede that any medium has replaced the novel. The novel is not dead, really! Nonetheless, the rise of DVDs, Blu-rays and streaming services that allow viewers to consume television shows at their own pace has led to a more book-like place in society for the TV series. We can dip in for one episode, or binge-watch to fill a slow Sunday; we rewatch favorite seasons and talk about popular shows at parties. TV shows may not be the new novels, but with increasingly complex dramas and fully developed universes appearing on the small screen, they're more ripe for analysis than ever.

In The Change Book: How Things Happen by Mikael Krogerus and Roman Tschäppeler, recently translated by Jenny Piening, cultural shifts like this are among the changes examined through simple, sometimes amusing charts and infographics. Their chart breaking down the modern TV landscape is excerpted below: 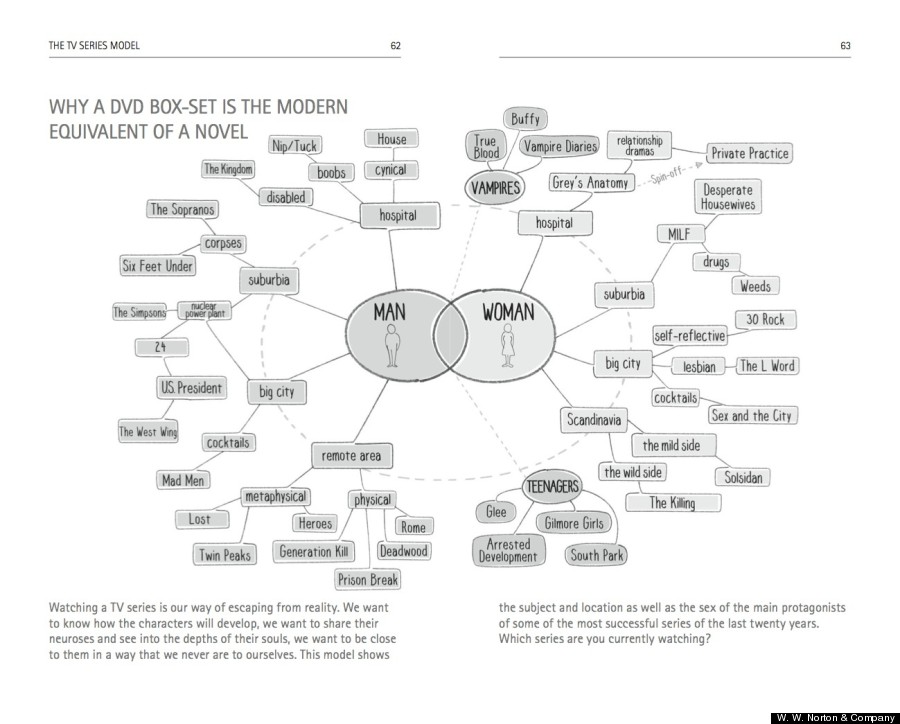