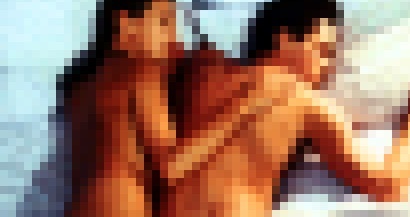 There's so much great TV out there! HBO, Showtime, Netflix, Amazon and all the rest are delivering a whole bunch of binge-worthy shows that most of us couldn't possibly make enough time to see. This is TV for grown-ups, risky material that isn't afraid to push boundaries and treat its viewers like mature adults. It's an embarrassment of riches, not only for the viewer, but for us actors who can really sink our teeth into the complex shadings of rich, literary characters that are pretty much required to get bare-assed naked at least once (and usually a lot more than that) in order to justify the uncompromising nature of the amazingly edgy new face (or whatever) of television.

It wasn't that long ago when, as young, hungry performers, men and women couldn't find any decent roles. Movies had sold themselves out a long time back, and apart from a few high-profile sitcoms or ensemble dramas, there was nothing out there to challenge an actor looking to dig deep into a fictional character. Not only that, but the really execrable material almost always required nudity, and it was a cinch to turn down parts like that, because the scripts were so bad that baring all in aid of them just wasn't worth the weakening of our reputations as serious actors.

Well, those days are gone! Now, the scripts are much better, so all that real acting sure takes the sting out of having to strip off and dry hump on the first day of shooting, slapping on a merkin and pretending to grind crotches with another performer while making all sorts of orgasmic grunting noises for the benefit of the lighting and sound crew, half of whom are up on a catwalk getting a bird's eye view and probably saving a lot of money on porn downloads once they get home. But, it's great, because twenty minutes later we get to act this incredibly nuanced moment that really delves into what it means to be fallible human beings, and that is the kind of thing we always dream about when we're in acting class with someone who studied with Lee Strasberg and never had to so much as utter a curse word in their entire career, let alone try and make sex look as realistic as possible so that the audience thinks you're really doing it, and whoever you are in a committed relationship with doesn't want to talk to you anymore.

And these opportunities to get naked and do some really solid thrusting are not limited to heavy dramas, heck no! The amazing thing about the New Golden Age of Television is that there are just as many layered, well-thought-out parts for actors in comedies to explore the human condition and simulate oral and many other kinds of sex for the benefit of millions of shocked but happy viewers. In fact, most of us will tell you that the comedy shows sometimes ask you to do even more humiliating things with your nudity, because it's all in fun and meant to be even more outrageous. But it's okay, because, as mentioned, outside of the potentially nightmare-inducing trauma brought on by realizing your mother is going to end up seeing you being pleasured by a cantaloupe, the roles are really choice and, you should excuse the expression, juicy.

So I am glad that all of us now have access to a never-ending supply of smart, thought-provoking TV that needs nudity and graphic sex to stay competitive. Without all this great television, we actors would never have gotten the chance to show you what we're really made of.