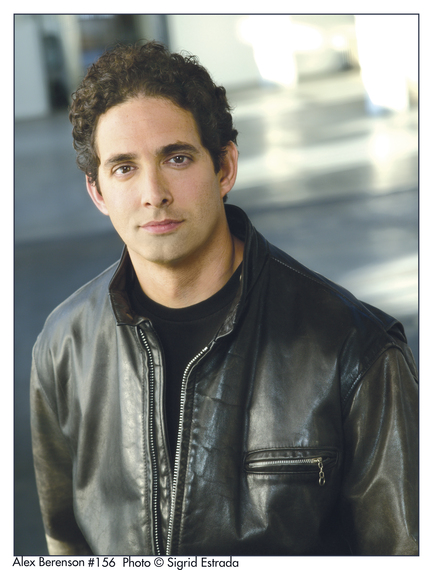 Alex Berenson, a former New York Times reporter, covered topics ranging from the occupation of Iraq, the flooding of New Orleans, to the financial crimes of Bernard Madoff. He's written eight previous John Wells novels, all geopolitical thrillers, with his first, The Faithful Spy, having won the 2007 Edgar Award for Best First Novel.

His ninth John Wells thriller, Twelve Days, has ex-CIA agent Wells and his associates uncovering a huge plot: a secret plan to convince the President to attack Iran and ignite a war. They have no hard evidence, and no one at Langley or the White House will listen. The President has set a deadline for Iran to give up its nuclear program, and the mullahs in Iran have responded with a deadly terrorist attack. Wells and his associates have twelve days to find the proof they need to expose the plot, as the United States moves troops and military assets to Iran's border.

What made you give up reporting and turn to fiction?

When I went to Iraq for the New York Times in 2003 and 2004, I thought it was a fantastic experience for a reporter. I wanted to see if I could tell a story differently by getting inside the heads of characters based partly on people I met. You can't do that working for a newspaper. It turned out people were interested in John Wells, and liked him as a character. The first book, The Faithful Spy, did well, and it seemed natural to start writing these books.

You've now completed nine John Wells novels. How has he evolved as a character?

I would say he's become weary, as we all have, of this war. Yet, he doesn't see any other way out of the current global situation. Personally, he's lost women in failed relationships. He's lost any real chance at a normal life because of what he does. Yet, he sees no reasonable alternative: He must soldier on. Because the books have always been a bit edgy, maybe he's a bit darker. Part of him has become resigned to doing his job, knowing this is what his life has become.

Does he have what might be called a death wish?

No, he doesn't exactly have a death wish. He's tired of being surrounded by death, and tired of killing people. Like every human being, he fears death, but has a jaundiced attitude toward it because of his circumstances. Maybe, his diminished fear of death is something close to a death wish.

You mentioned in an interview that at some point you might kill off John Wells. How do you say goodbye to a character who has defined your writing career?

I don't know. I just threatened to do it. Yes, he's defined my writing career; he's actually defined a good chunk of my life. Over the last 10 years I've gotten married and we've had a child, but aside from that, John Wells has been the biggest part of my life. And, he pays the bills. So, it's very difficult to think of killing him off. I don't feel I'm running out of things to say, but I could probably grow as a writer if I went in a different direction.

In that vein, do you feel that series writers don't receive serious literary attention?

Yes, I do. And, that bothers me. Being a series writer with some literary aspirations can be frustrating. I know I'm not an Updike or John le Carre´, but I try to make my books serious, thoughtful and well-written. It's hard to get attention when you're writing a series. I often find people who write standalone novels get the kind of reviews I wish I received.

Your novels are very realistic with military descriptions, intelligence capabilities and diplomacy details. What kind of research do you do?

I do a lot of research. I talk to people and do a great deal of open-source reading of declassified documents, transcripts of hearings and various governmental agency reports. I'll talk to whoever will discuss things with me, and I read as much as I can. I also travel to the places where the books are set. I've been to Afghanistan, Saudi Arabia, Egypt, Israel, Lebanon and Iraq.

What has surprised you about the writing life?

What's surprised me most is no matter how hard I try, every day is a struggle to write. It's a real job. If you're writing a series requiring one book a year, you really have to grind away at it. There's a looming presence every day: "Have I written? Have I written enough? Have I written well? If I didn't write well today, what does that mean for tomorrow?"

I guess what's really surprised me is that it's a job.

Do you feel guilty when life gets in the way and you're not writing?

Yes, absolutely. If it's a day when I thought I was going to write, and I haven't done so, I don't feel great about it. Procrastination can be a huge problem for many writers. Early in the morning, if I allow myself some cherished free time, and don't write, I'll regret the decision later in the day. There's a boomerang effect: I'll feel terrible about it. For some writers, this can become a crippling cycle. I've never been afflicted with it, but there are times when I say to myself, "I'm not going to write today, and it's wonderful to have free time." But, when five o'clock comes, I'll feel awful about not having written. So yes, there's a tinge of guilt every now and then. It's part of the writing life.

What do you love about the writing life?

I love being totally in control of my days. I don't really have a boss, which is an amazing thing. My publisher pays me, and we have a good relationship, but I don't really work for them. Yes, they want a book every year, but ultimately, I'm only accountable to myself. I love the independence.

If you could invite any five people from any walk of life, living or dead, to dinner, who would they be?

The first one would be Einstein. I wouldn't want him to describe his theories, because I'm sure he would confuse me. I'd love to ask the man what it felt like to be able to see into the universe the way he did. As for the other guests, I don't want to have to think of more people to invite, so I'm going to cheat. I'd invite the Rolling Stones. (Laughter). It would be some party. I'd love to live vicariously for one night through those guys.

What's next from Alex Berenson?

Another John Wells novel. I'm on the train with him, and until I throw him off, we're traveling down the track together. I know there's some unfinished business for John, and I'm going to see him through it.

Congratulations on writing Twelve Days, an exciting geopolitical thriller as contemporary and timely as anything else written today.

Mark Rubinstein is the author of Mad Dog House and Mad Dog Justice.