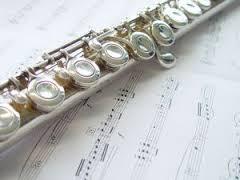 I recently reviewed an album from the flautist Sam Most recorded in 1978 titled From the Attic of My Mind. He was a fabulous player and an influential creative innovator on his instrument. Unfortunately flute is not often seen as a major jazz instrument, but often relegated to an occasional sidekick to the saxophone.

It got me to thinking about some of the other great jazz flute performances that I have heard over the years and so I decided it might be fun to make a list and share them, perhaps eliciting a response. While I'm sure it is not in anyway complete, it does represent some of the most brilliant playing that I have heard on the instrument. Here are some of my favorite and memorable jazz flute performances in no particular order.

Sam Most and Joe Farrell "Hot House" from Flute Talk 1979

The incomparable Yusef Lateef : "Yesterdays" From a live Concert at Jazz Harmonie , Paris 1972

Rahsaan Roland Kirk : "Serenade for a Cuckoo" from his 1964 album I Talk with the Spirits

Buddy Collette and James Newton: "Flute Talk" from the album of the same name from 1988

Dave Valentin: "The Hawk" from his 1979 album of the same name

Hubert Laws: "Pavane" from his 1971 CTI album The Rite of Spring

Ali Ryerson " Estate" from her Brasil: Quiet Devotion album of 1997