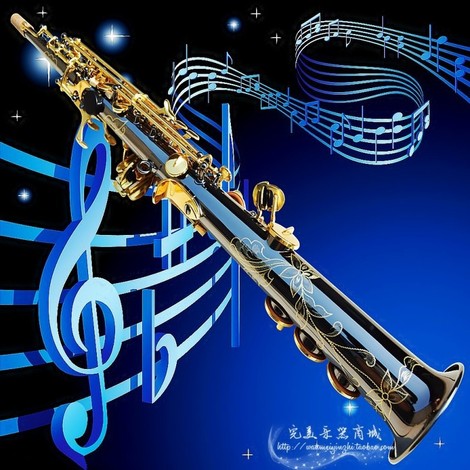 The soprano Saxophone has been the stepchild to its large brothers, the Alto and Tenor saxophones in jazz music. Despite a lineage that dates to the early twenties, the soprano was not widely used as a solo instrument in many early jazz recordings, with most soloists preferring the clarinet for its warmer, richer sound. The soprano is typically found as a straight barreled instrument although small curved horns that look like baby alto saxophones with a straighter crook are also in use. The saxophone was invented by Adolphe Sax in 1846. Modern soprano instruments have a range of between Ab3 to E6 pitched one octave higher than the tenor, but some skilled players can play in the altissimo register allowing them to play even higher. 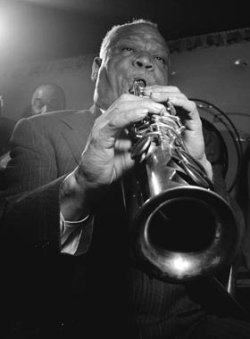 It has been said that the great Sidney Bechet, a New Orleans born classically trained musician, discovered a quality soprano saxophone while on tour in England with Marion Cook's Southern Syncopated Orchestra, sometime around 1920. Bechet, who was a world class clarinetist, wanted a solo instrument that could better stand up to the louder brass cornets and trombones of the era. In the soprano, he found that the bright, piercing sound of the instrument had the strong, clear voice he was looking for and people started to notice. Bechet is considered by many to be the father of the soprano saxophone in jazz. While certainly the most celebrated player of his era, he was not the only practitioner of this quirky horn back in the twenties. The first record that I found featuring Bechet on a serpentine soprano solo was from Clarence Williams Blue Five recording of "Wild Cat Blues" recorded on July 23, 1923 in NYC. Boyd Atkins was famously heard several years later playing a momentous soprano saxophone solo while with Louis Armstrong and his Stompers on "Chicago Breakdown" from 1927. Duke Ellington would sometimes use multi- reed players Johnny Hodges and Otto Hardwick to play soprano as a section instrument in his orchestra, but on occasion the soprano was featured as a solo instrument as with Johnny Hodges beautiful work on "Harmony in Harlem" from 1937. 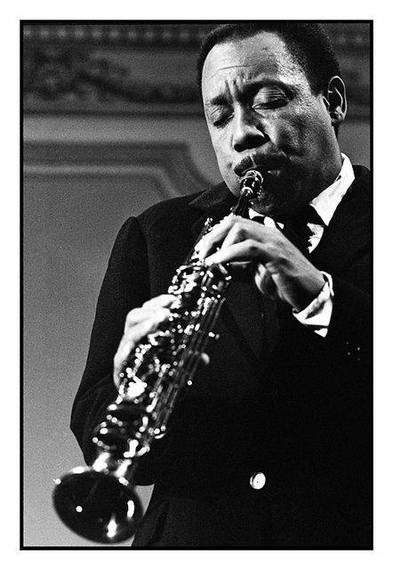 By the nineteen forties the premier practitioner of the soprano was the inimitable multi-reedist Lucky Thompson. You can hear some of his brilliant work while he was in Paris back in October 1960 on a session where he recorded the sensuous "Lover Man." Thompson became disenchanted with the music business in the United States and moved to Paris from 1957-1962. It was after all Paris that had so thoroughly embraced Sidney Bechet in the early twenties both because of his musicianship and because Bechet's Creole heritage had ties to the French language and to French colonialism in hometown of New Orleans. It was here that Thompson, though predominantly known as a tenor player, became more interested in the soprano and would continue to pioneer its use in more modern jazz. You can hear the man's brilliant command of this difficult instrument on such tunes as Ellington's "In a Sentimental Way" from his 1964 album Lucky Strikes.

By the late fifties and into the sixties another young saxophonist was starting to go his own way on the instrument, abandoning his Dixieland roots and focusing exclusively on the high register horn with a more modern approach. Saxophonist Steven Norman Lackritz aka Steve Lacy is perhaps best known as the soprano's modern-day Sidney Bechet. His debut album was aptly titled Soprano Sax and was recorded in 1957. After playing with Thelonious Monk he became enamored with the quirky pianist's compositions and rarely performed or recorded without including at least one Monk tune in his repertoire. Lacy also adventured into the avant-garde and the experimental music scene. His work and the work of saxophonist John Coltrane on the soprano would influence legions of players that followed. 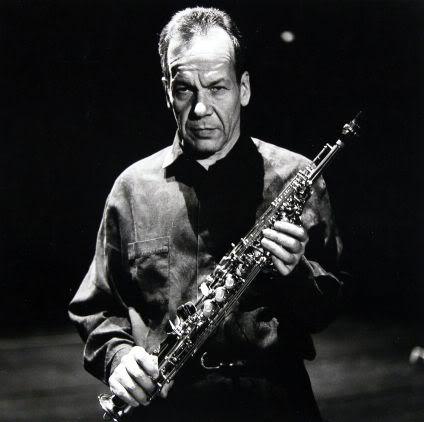 Reportedly Miles Davis purchased a soprano for his saxophonist at the time John Coltrane, while the group was on tour in Europe in March of 1960. Coltrane started progressively using the straight horn and he soon after broke from Davis to form his own group with McCoy Tyner on piano, Steve Davis on bass and Elvin Jones on drums. At that time only Steve Lacy was actively utilizing the instrument in jazz. The instrument had little reach outside its limited use in the world of jazz until saxophonist John Coltrane made his ground-breaking album My Favorite Things using his soprano. The adventurous Coltrane made the soprano soar on this modal exploration of a Rogers and Hammerstein song from the Broadway show The Sound of Music. The song was transformed into a hypnotically driven, raga inspired chant whose melody was immediately familiar despite its wildly exploratory improvisational forays over a repeated vamp. It became an instant hit and a vital bridge to an expanding non-jazz audience. It also opened the doors for many future players to explore the transcendental, eastern inspired sound of this unique instrument. The multi-instrumentalist ( not yet Rahsaan) Roland Kirk played a manzello quite proficiently. The manzello is a King saxello soprano saxophone with an extended bell. Kirk made his statement on the instrument in the late sixties with his "A Handful of Fives."

Since Coltrane, world and jazz music has seen a proliferation of players who have taken the instrument down new and unexpected paths. When fusion came on the scene in the early seventies, mixing the bombast of rock with the improvisational bravado of jazz, the soprano found its way into the music. Saxophonist's like Pharaoh Sanders, a Coltrane disciple, took the music into a spiritual mode allowing us all to "Astral Travel" with or without the aid of hallucinogens from his 1971 album Thembi.

Multi-reed players who mostly played tenor would occasionally feature their soprano skills throughout their careers. Notable players like Zoot Sims, who came to the soprano relatively late in his career, did a beautiful version of "Moonlight in Vermont" from his 1976 album Soprano Sax. The masterful Jerome Richardson was no stranger to the soprano and his work can be heard from the early fifties into the late nineties on such big bands as the Mingus Big Band and Oliver Nelson's Big Band. His work is represented here as a featured solist in the Thad Jones/Mel Lewis Orchestra on the song "The Waltz You Swang for Me" from the 1968 live at the Village Vanguard recording. At the same time Bechet devotees like Bob Wiber and Kenny Davern would keep the Dixieland spirit of the old master alive, although admittedly modernized, with songs like "Song of Songs" a dueling soprano performance from 1977.

No list of soprano masters would be complete without the extraordinary work of the great Wayne Shorter. His legionnaire work with his band Weather Report and on his own solo efforts are trailblazingly beautiful. Perhaps one of his most memorable performances for me was "Beauty and the Beast" from his seminal album Native Son from 1974.

In the field of popular crossover, soprano saxophonists that come to mind are Grover Washington Jr, Bob Mintzer of the Yellowjackets, and Jay Bechinstein of Spyro Gyra, and in the smooth jazz arena there is Dave Koz, Najee and of course Kenny G to name a few. Amazingly it is Kenny G's soprano saxophone on "Going Home" that has probably been the most played song on the instrument in its history! It is often used in China, even twenty-five years after it was recorded, to signal to shoppers that it is closing time and indeed time to go home.

I could not have assembled such a well studied list without the generous help of saxophonist, arranger and educator Bill Kirchner, multi-reedist Scott Robinson, and saxophonists Michael Blake and Dave Anderson. To them I offer my sincerest thanks. With the above brief history, and acknowledging in advance to having undoubtedly left off some important players whom I may not be aware of, here are my picks for twenty-five great jazz soprano saxophone performances in roughly chronological order:

Here is a live performance of the group in France in 1972 unfortunately without the great Joe Farrell or Don Alias, and with Steve Grossman on tenor.