A report that Robert Pattinson is selling the Los Feliz home he shared with Kristen Stewart isn't a good sign there's a reconciliation in the couple's future -- much to the disappointment of "Twilight" executives at Summit Entertainment.

The New York Post reports that studio execs have been hoping Pattinson can forgive Stewart for cheating on him with director Rupert Sanders, and get back together. The couple met on the set of the first "Twilight" movie back in 2008, and their romance offscreen has played a huge role in the obsessive fan-driven success of the film franchise.

With the fifth installment of the saga, "Breaking Dawn -- Part 2," due in theaters in November, the looming breakup presents plenty of awkward press obligations for Pattinson, Stewart and the executives. The couple have done a great job avoiding each other since the scandal broke in July. Pattinson spent the first few weeks hiding out in Ojai, Calif., before he embarked on a media blitz in New York promoting "Cosmopolis." Stewart has managed to stay nearly completely out of sight, with the exception of recent paparazzi photos of the 22-year-old making her way to her car, while wearing a cropped white T-shirt, and a backward baseball cap that reportedly belonged to Pattinson.

There had been reports that the pair would have their first awkward run-in at the upcoming MTV Video Music Awards on Sept. 6, but Stewart is sscheduled to appear at the Toronto International Film Festival to promote "On The Road," and it's not confirmed if Pattinson will attend the awards.

There might be some hope though for Robsten fans and anxious "Twilight" executives. Look magazine reported that Pattinson feels sorry for Stewart due to the way she has been portrayed as a villain, while he gets all the sympathy, and he's ready to meet with her.

That meeting could be good news for studio executives who still haven't nailed down the details of the press tour for "Breaking Dawn -- Part 2."

"The studio’s holding out to see if they get back together. But I don’t think anyone is banking on that happening,” an insider revealed to the New York Post. “At this point, the press strategy would have been mapped out. It’s usually very organized, but at this time it’s undecided.”

There is the possibility that Stewart and Pattinson could attend premieres separately if they don't reconcile, which could actually stand to benefit the film. The question of whether or not they'll attend a premiere together is great free publicity for Summit, which stands to benefit from the outcome of their relationship regardless.

PHOTO GALLERY
Stars Who Found Love On Set...
Download
Calling all HuffPost superfans!
Sign up for membership to become a founding member and help shape HuffPost's next chapter
Join HuffPost 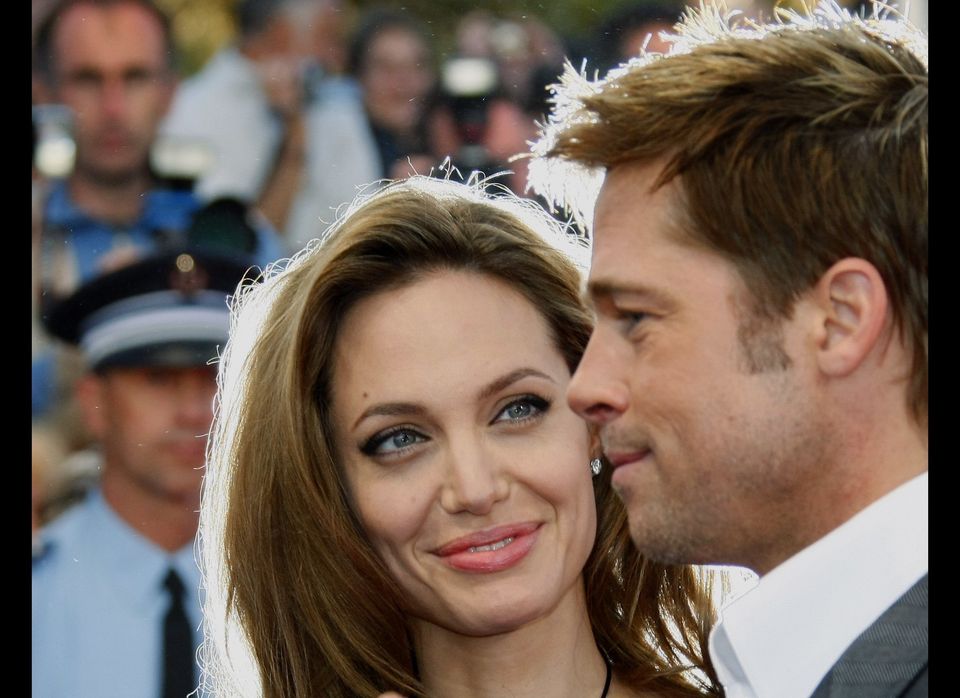 1 / 17
Angelina Jolie and Brad Pitt
In 2004, rumors surfaced that co-stars Brad Pitt and Angelina Jolie were doing more than just acting on the set of the action flick "Mr. & Mrs. Smith." Pitt, who was married to Jennifer Aniston at the time, would go on to <a href="http://www.justjared.com/2009/01/07/brad-pitt-denies-angelina-jolie-affair/" target="_hplink">deny the affair allegations</a>, as did <a href="http://www.people.com/people/article/0,,20004139,00.html" target="_hplink">Jolie</a>, but tabloid reports continued nonetheless. In March 2005, <a href="http://www.people.com/people/article/0,,1042412,00.html" target="_hplink">Aniston filed for divorce</a> from Pitt. Still, Jolie raised eyebrows again in October 2008, when she told the <em>New York TImes </em>that she <a href="http://today.msnbc.msn.com/id/27242037/ns/today-entertainment/t/brangelina-affair-started-mr-mrs-smith/#.UBA4dzHLyRk" target="_hplink">looks forward to the day her six children with Pitt can watch "Mr. & Mrs. Smith."</a> "Not a lot of people get to see a movie where their parents fell in love," Jolie said.
AP Photo/Michel Spingler