More than five decades after its premiere, "The Twilight Zone" is as relevant as ever. That staying power is almost as eerie as the show itself, considering the world has long since shifted past the Cold War. Yet, much of its commentary remains poignant. Taking down selfishness, narcissism, paranoia, standards of beauty or whatever the weekly target may have been, Rod Serling and his writers would often refocus the lens on society itself, with the suggestion that we are the true monster. In honor of the 55th anniversary (and all the "Twilight Zone" binge-watching you'll likely do in honor of Halloween), here are six episodes that prove society is way more terrifying than anything trying to scare William Shatner on an airplane.

"The Monsters Are Due On Maple Street"
As a response to communist paranoia, "The Monsters Are Due On Maple Street" became an instant classic of "The Twilight Zone" when it aired during Season 1. An otherwise "calm and reflective" neighborhood responds to warnings of aliens with mounting accusations that quickly reach the point of hysteria. As the installment comes to a close amid total chaos, the camera pans out to reveal the aliens do exist. "They pick the most dangerous enemy that they can find," one says to the other. "And it's themselves." 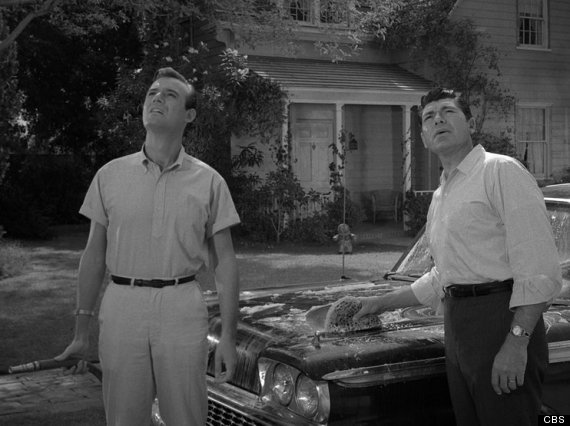 "The Shelter"
It's certainly less of a classic than its predecessor, "The Monsters Are Due On Maple Street," but "The Shelter" is almost more concentrated. The setting is a single shelter in light of a bomb scare as a response to UFOs, so the danger is closer to home and the room for hysteria is heightened by the claustrophobia. "The Shelter" hits on paranoia as does "Maple Street" before it, but also leaves for a frightening takeaway regarding the fragile elements of civilization. As the kind neighbors devolve into violent aggression almost immediately following a dinner party, the street is once again declared safe, but the facade of the community has been left destroyed. 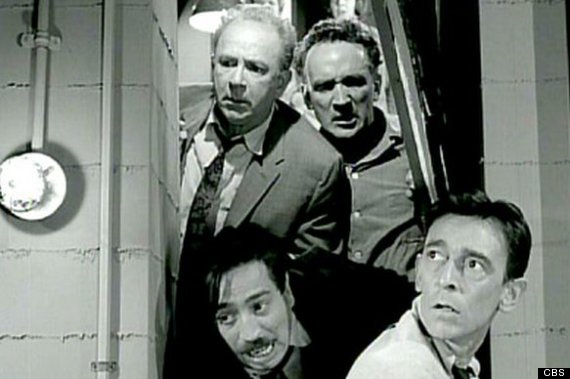 "The Masks"
Despite its relatively predictable ending, "The Masks" just might be one of the scariest episodes of "The Twilight Zone." Four heinous relatives arrive to collect money from a dying old man in New Orleans, and he instructs them that they will be cut off unless they wear masks "with certain properties" that were made by "an old Cajun" (okay, not all of it has aged well). Each, he tells them, is to reflect the opposite of the wearer's true nature. What unfolds is a blatant allegorical lesson about the ugliness brought about by greed and vanity. As the man's family members discover their faces have transformed to match the masks, the message is clear. "They now wear the faces of all that was inside them," Sterling says. It's what's on the inside that counts.

"Eye Of The Beholder"
"The Eye Of The Beholder" is possibly the most searing takedown of beauty standards television has executed to date. Doctors and nurses cower from a woman awaiting state-mandated surgery that while make her look "normal." When the bandages are removed for her face, it is revealed that she has movie star good looks and the hospital staff are, quite literally, a bunch of pigs. The contrast of a gorgeous young woman wondering why she must look like this would be funny if it weren't so sad. Narrating the end of the episode, Sterling puts aesthetics back in context, wondering where and when this place is where "beauty is the deviation and ugliness is the norm." But, of course, it doesn't matter which half of this mystery society we call "ugly" or "beautiful." The old saying, he tells us, is true.

"Number 12 Looks Just Like You"
"Number 12 Looks Just Like You" picks up on themes similar to "Eye Of The Beholder," but its specifics deal more closely with gender performance. A young woman must pick a new appearance as she comes of age, choosing between eight and 12 -- the same choices made by her mother and best friend. On a surface level, this is a dystopian episode taking on the issue of conformity and the lack of original thought it breeds. But there is also an eerie underlying theme of being forced to subscribe to unrealistic beauty standards. "Improbable?" Serling asks of the idea of literal body transformation, "Perhaps. But in an age of plastic surgery, body building and an infinity of cosmetics, let us hesitate to say 'impossible.'" 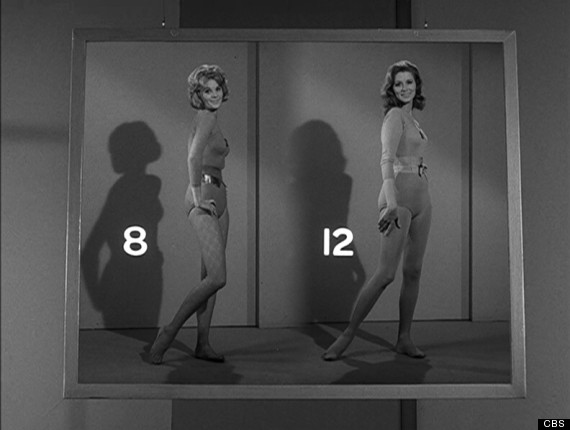 "Time Enough At Last"
This indelible episode was less a portrait of society's monstrous norms and values than a reminder of how we depend on it. Burgess Meredith shies from his wife and job, hoping his responsibilities will disappear, so that he might find time to read. When he finally sneaks away with his books to the vault of the bank where he works, he emerges to find the world around him has been completely destroyed. He is thrilled to be the last man left alive, until his coke bottle glasses shatter beneath his piles of reading material. As he cries, "That's not fair," the point of the episode emerges in all its tragic glory. "Time Enough At Last" is an interesting foil for all of the haunting social commentary "The Twilight Zone" makes. Society has its flaws, but life is impossible without it. 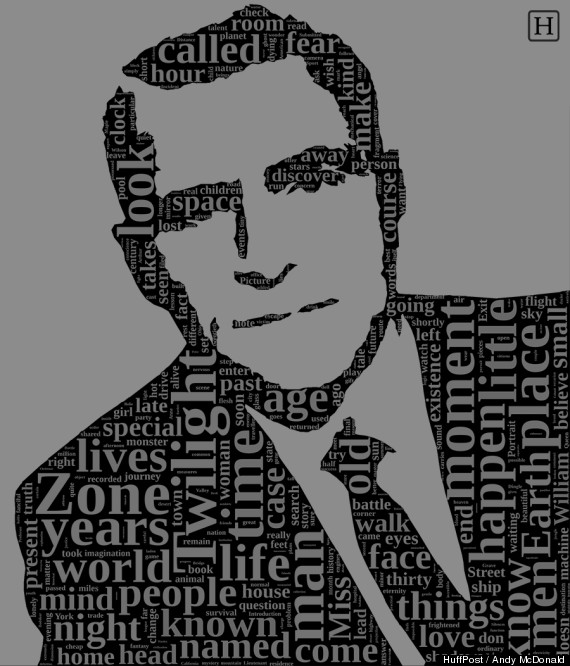 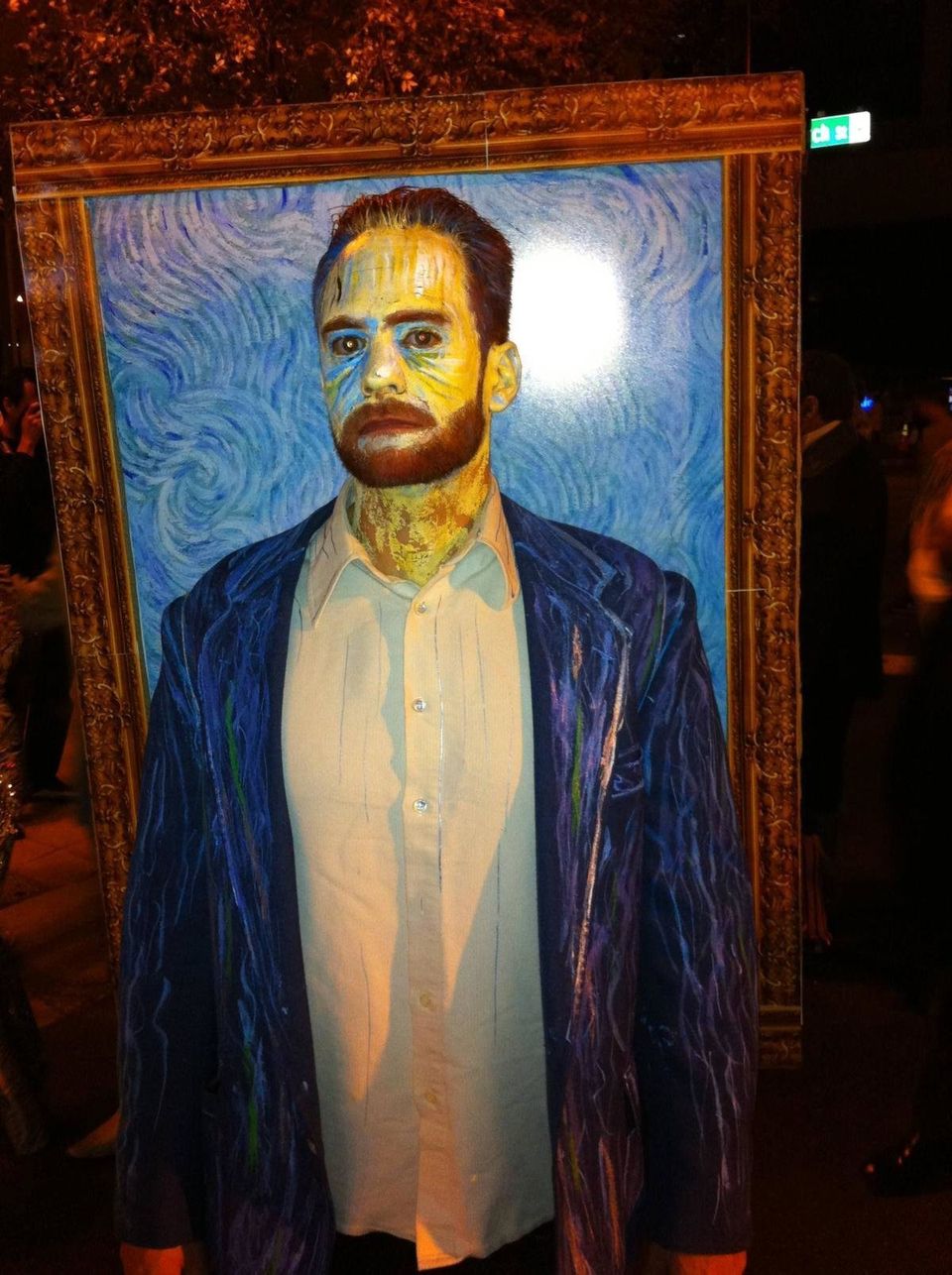