Beef fat, or tallow, is an almost-tasteless type of shortening commonly used in packaged foods as a preserver -- McDonald's used to cook its fries in a beef tallow mixture, before they switched over to vegetable oil in the 90s.

But why Hostess' Twinkies? They seem so innocent. We love them for their inimitable artificial taste, their inexplicable spongey texture and their long shelf life (a myth, but we snack post-expiration anyway). 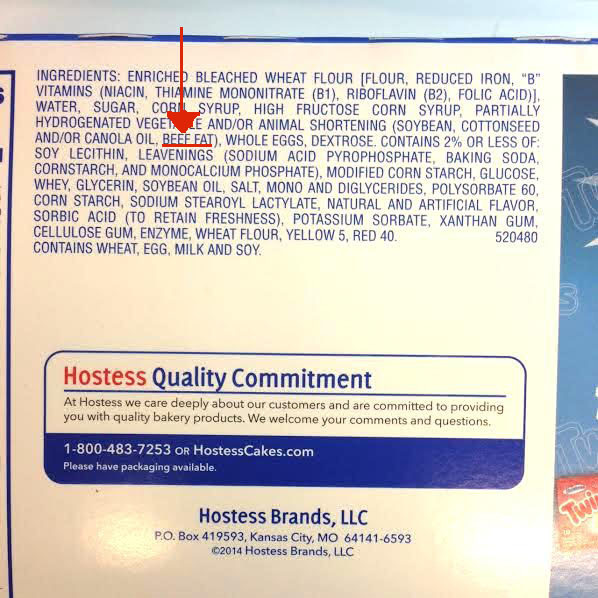 No, Twinkies never made a promise to be healthy. With more than 30 ingredients (many unpronounceable), 33 grams of sugar and 9 grams of fat per serving, it'd be doltish to expect they'd provide any real nutritional benefit. But it does come as a surprise to any unsuspecting snacker that the little tubular treat would contain any animal derivative at all. A representative from Hostess confirmed with The Huffington Post that Twinkies are not a vegetarian food.

For anyone who has beef with the beef, it'd be wise to do a close-read on product ingredient lists: Many seemingly-vegetarian foods, like refried beans, potato chips and even orange juice contain animal products beyond milk and eggs.

For some vegetarian Twinkie-lovers, perhaps ignorance is bliss. If you feel burdened by this news, consider consoling yourself with a batch of one of these vegan cupcake recipes:

How Long Does Coronavirus Live In The Air? Here's What We Know.