Steve Ettlinger, author of Twinkie, Deconstructed, a book on the ingredients found in processed foods, received 13 interview requests by Friday afternoon to comment on the bankruptcy of junk-food maker Hostess Brands.

Ettlinger, a writer living in New York City, first realized how worked up people got about Twinkies after his book came out in 2007. "The popularity of Twinkies was something I discovered," he said. "Now people call me the Twinkie man."

"There's something peculiar about them because they're so small and blond," Ettlinger said. "People feel really strongly about it."

But the publication of Twinkie, Deconstructed also marked a shift in public opinion about Twinkies, according to Ettlinger. In addition to being an iconic childhood snack, Twinkies now are an infamous example of how preservatives and chemicals can warp food.

"There's a general trend towards healthier food," Ettlinger said. "Even Hostess had to come up with a whole wheat version of Wonder Bread."

Hostess' plans to shutter its bakeries and offices for good has rekindled snack nostalgia for many people, who were stocking up on the Styrofoam-like pastries, storming supermarkets and buying up boxes on eBay. But before the Friday's gush of adoration came years of declining sales, which, along with disputes between management and labor, contributed to the company's downfall. Hostess, which also makes Ding Dongs, Wonder Bread and Ho Hos, will ask bankruptcy court permission on Monday to liquidate its assets.

Twinkies were selling for $20 and $30 a box Friday afternoon on eBay. One ambitious Twinkie scalper was attempting to sell his box of unopened Twinkies for $500, but had received no bids. "What better way to say 'I love you' than with the gift of an American icon that will be gone soon," his description beckoned.

Michael Cohen, a visiting assistant professor of marketing at New York University's Stern School, said Hostess could have done more to modernize a brand that has so much cachet. "A lot of adults who grew up in the '80s have fond memories of Twinkies, but don't enjoy super sugary things like they once did," said Cohen. Hostess failed to ingratiate its products with a new generation when its core audience grew out of sugary snacks, Cohen said.

Campbell's soup, another iconic food brand, is suffering from a similar problem. This year, Campbell's announced it was coming out with new flavors in bags rather than its red and white cans to appeal to younger consumers.

But even a repackaged Twinkie would be hard to sell to the current generation of health-obsessed parents. "These days, there's a debate over childhood obesity," said Cohen, who admitted he loved Twinkies himself as a child. "Parents are making more careful choices." 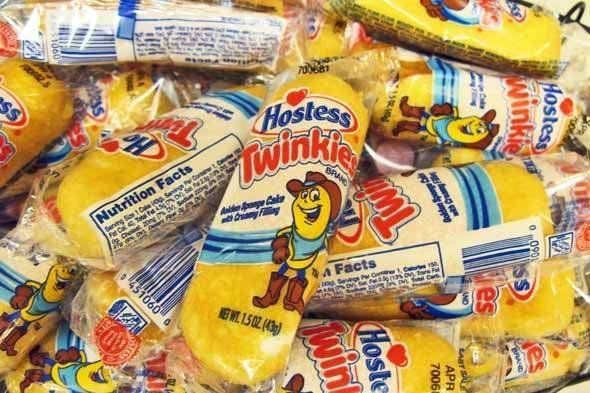