Given the nature of Twitter, it didn't long for the prince to feel the significance of his investment, as most people found out about it, retweeted and shared the news instantly. Naturally, the topic quickly started 'trending' and was allocated its own hashtag. 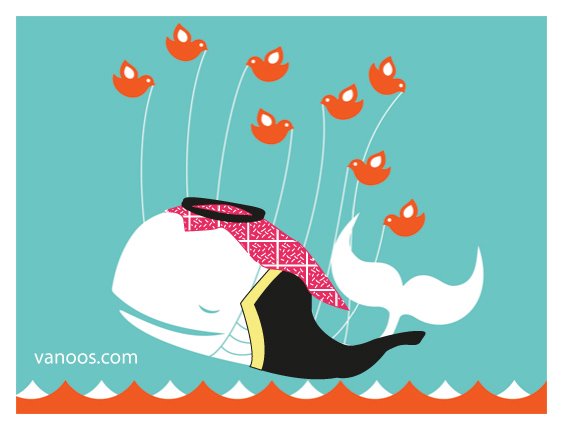 Among his many ventures, Alwaleed bin Talal is also regarded as an Arab media and entertainment mogul; albeit, most of his investments are in 'traditional' outlets such as print and television.

Internationally, he is the second largest investor in Newscorp with a 7% stake while locally, he owns the Rotana Group of channels, in addition to a 29.9% stake in the Saudi Research and Marketing Group (SRMG), the Arab world's leading integrated publishing company.

"Our investment in Twitter reaffirms our ability in identifying suitable opportunities to invest in promising, high-growth businesses with a global impact," Prince Alwaleed said in a statement.

The announcement got a mixed feedback on #AlWaleedTwitter, with some critics wondering how this will affect editorial integrity of this micro-blogging site which currently boasts more than 100 million active users.

Questioning the impact of ownership on content is obviously a matter which is raised whenever ownership of a media outlet changes hands; most recently, Prince Alwaleed's partner and good friend, Rupert Murdoch, faced similar skepticism when his company completed the purchase of the Wall Street Journal in 2007.

However, when it comes to Twitter, the dynamics are enormously different. Assuming any of the investors/owners had a political agenda, how could one possibly control the feed when you have an estimated 250 million tweets and 1.6 billion search queries per day?

Unless a drastic measure is introduced to change the truly democratic nature of social media, the notion of 'control' (in its editorial context) is simply inapplicable; Twitter isn't a newspaper or a television channel whereby an owner could pick up the phone and dictate to the editor-in-chief what story to kill or run.

On the contrary, the investment should most likely be seen for what it is, an endorsement of social media and the way it quickly changing the media landscape.

Anyone still cynical that social media is here to stay should simply "follow" the money, no pun intended.