With over 400 million expected to tune in online, according to the Wall Street Journal, media companies are prepping for Friday's festivities.

Twitter's official Flickr account posted a photo snapped by Troy Holden of co-founder Biz Stone prepping the company's servers for the upcoming royal wedding. You'll notice three of the Apple Xserves are already dedicated to Bieber tweets, while Lady Gaga and "Wills & Kate" only have one apiece.

Could it just be a cheeky joke? The joke Twitter Global Comms account wrote, "Rumours of Twitter needing extra servers for the Royal Wedding are greatly exaggerated. We only need one." 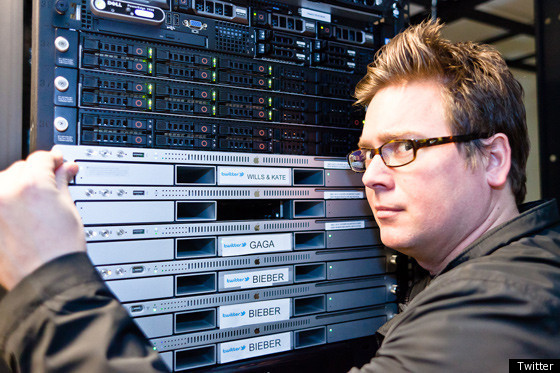