Every week, in the Sunday Styles section of the New York Times, I answer questions from readers about the sticky situations of their lives: From JDaters who aren't really Jewish (but tell their boyfriends they are), and lap swimmers who are convinced that the folks in the next lane are peeing in the pool, and junior executives whose pervy bosses try friending them on Facebook.

I don't hold back. And my readers don't hold back with me. They send me hundreds of messages in reply -- via email and Facebook and Twitter -- telling me exactly what they think I got right and wrong that week.

Some are strangely furious. "I hope you get stomach cancer," one reader wrote, in response to my advising a father that it was inappropriate to shower with his 7- or 8-year-old daughter in the public locker room of their local Y -- in full view of other adult men. (I wasn't even thinking about the Assistant Coach Sanduskys of the world.) I was focused on the awkwardness for the little girl and the other men.

Get a female employee to escort her to the ladies room, I wrote.

"Busy parents don't have time for luxuries, you FUCKING IDIOT," another reader responded.
I used to puzzle over the angry notes. Was there some connection between locker rooms and stomach cancer that eluded me? And more importantly, was there a way to put these nasty correspondences right?

But now, the angry messages don't bruise so badly. Because I've learned something during my tenure -- which I watched play out last week as the Penn State drama unfolded: There is possibly no worse way to communicate disagreement or anger with someone -- or to work out conflict -- than by short, typed message on Twitter, Facebook or email. And that's a shame, because digital messaging is our principal form of communication these days.

"String the BASTARDS up!" was one of the first tweets I read on the Penn State saga. But who were the "bastards," I wondered? Just Sandusky; the whole Penn State coaching squad; the 40,000 Penn State students, a small portion of whom took to protesting for Joe Paterno to keep his job? And how about the rest of us, by the way -- myself included -- who have never lifted a finger to stop the sexual predation of children?

Even putting aside the "who" question -- assuming that the right folks might be magically "strung up" -- what then? Would that end the abuse of children?

That's why the catharsis of fury we witnessed last week -- on Facebook and Twitter -- is so dangerous. It lets us burn through our fear and anger, but does absolutely nothing to prevent similar tragedies from happening again tomorrow.

In fact, the Penn State drama only proved something I'd learned at Social Q's years ago:

At the FIRST sign of trouble, step away from your keyboard!

As soon as we detect conflict -- or injustice, misunderstanding, even atrocity -- sit on your typing fingers fast! Get the facts, first. (That's right, Ashton Kutcher!) Let's make that our top priority -- even as we take a deep breath, trying to be as respectful to others as we can. Villains can be held to account later. But wouldn't it have been incredible if we could have pooled all the energy we directed at Joe Paterno last week and re-routed to the victims of child abuse?

Because it is virtually impossible to reroute a poisonous electronic exchange electronically; the resolution of our human conflicts requires the human touch -- not a screeching voice or typing in ALL CAPS!!

Don't get me wrong, I know what a rush it can be to channel our meanest impulses into digital message-bombs. There's something so alluring about that blank screen -- just waiting to be filled with expletives and rage, horrible things we would never say to another person's face.

(I've done it more than a few times myself!)

But here's the thing: Actual people are going to read those nasty messages. And then they are going to batten down the hatches and dig themselves into adversarial positions of their own.

And where are we then?

Certainly in no position to advance our discussion in any productive way, or help the victims, or set up a system for making sure that sexual predation of children never happens again -- at Penn State or elsewhere. These blurts of fury may work as catharsis for us -- the equivalent of crying our eyes out at the end of Love Story" But they also let us stand up as the lights come up and go back to our regular lives, leaving the tragedy and the victimized kids (and the ones who might be victimized tomorrow) unattended and ignored all over again.

So Digital Warriors, tamp down your fighting impulse before launching that first grenade. And if your pal (or sibling or coworker) slips, and fires the first missile at you, be the bigger person and delete it. Then march to the phone and talk it out. You'd be amazed at how quickly we can solve most of our problems -- as long as we adopt a respectful posture that signals our willingness to listen as well as speak.

For more on Philip and Social Q's, check out his new book of essays: "Social Q's: How to Survive the Quirks, Quandaries, and Quagmires of Today" (Simon & Schuster). 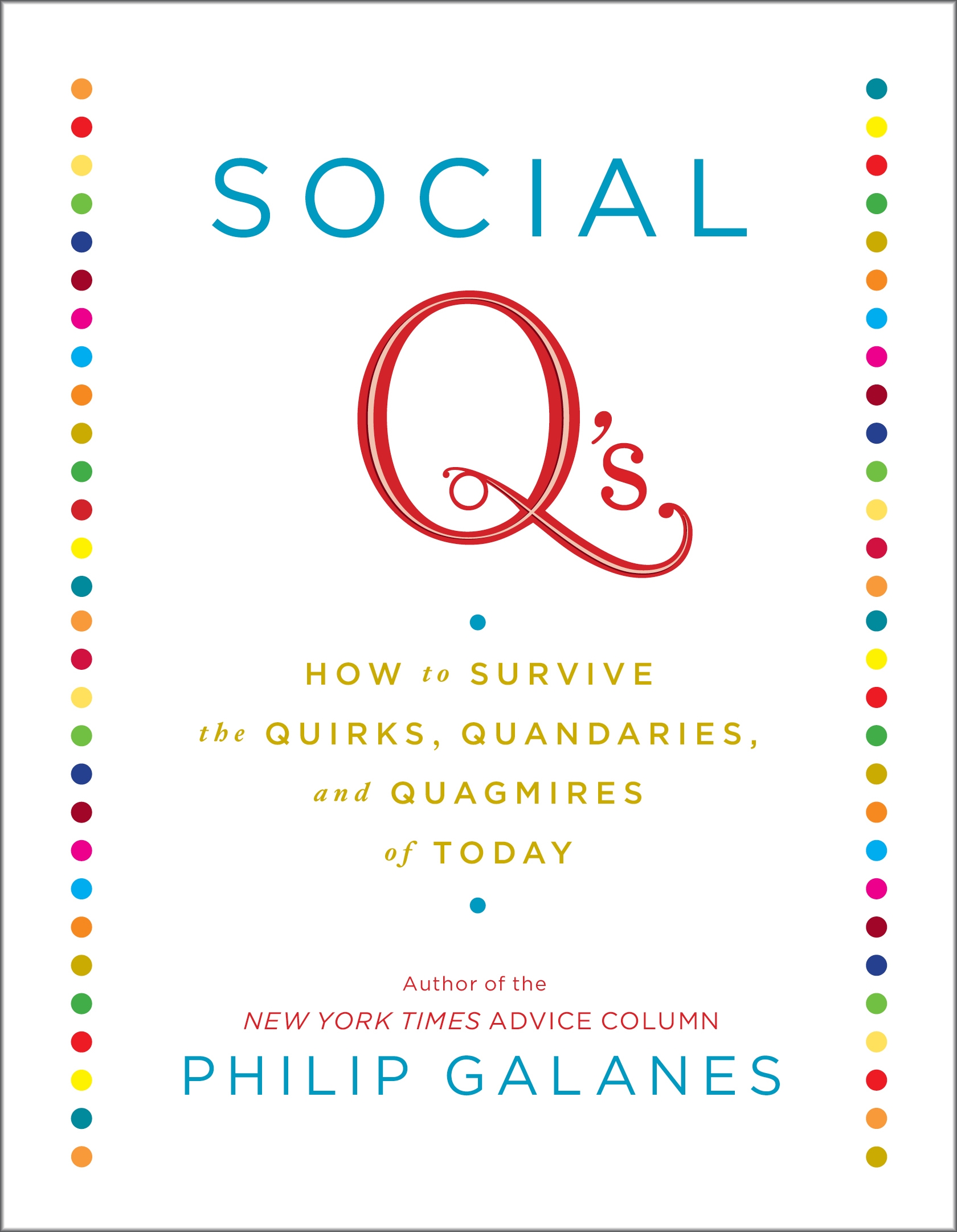