The most hateful tweeters in the United States tend to live in the eastern half of the country, according to a new map that pinpoints hate speech from Twitter across country.

The map, created by geography students at Humboldt State University in California, looks at more than 150,000 geocoded tweets (tweets that say where the user is located) between June 2012 and April 2013, sorting for those that contained a racist, homophobic or anti-disability word. The researchers then decided whether or not the tweet was using the word in a hateful way.

Explore the map for yourself on the project's website.

According to our analysis: A majority of hateful tweets are coming from smaller towns and more rural areas. For example, some of the biggest spots for homophobic tweets are along the border of Oklahoma and Texas, and one of the biggest hubs of racist tweets is in a seemingly empty area of western Indiana. There are a lot more racist tweets coming out of an area in the middle of North Dakota than in the larger city of Fargo, for example. Homophobic tweets have a wider spread across the nation than racist ones, which are coming from the southeastern portion of the country more than anywhere else.

The project is a follow-up to a similar study that mapped racial slurs on Twitter in reaction to President Obama's reelection in 2012. The students used The DOLLY Project (Digital OnLine Life and You), a huge archive of geolocated tweets, to collect data in both cases. This data can be used to track all kinds of tweets. There is also a map of where the word "grits" is most often tweeted (spoiler alert: it's the south).

The interactive map lets you zoom as far as the county level on the map to pinpoint which counties across the U.S. wrote the most hateful tweets. You can look at all hateful tweets, tweets by category, or just at specific words. The map does not include sexist terms or terms that are offensive to the mentally disabled. Some of the terms shown are sort of outdated, which is most likely why some terms are less frequent than others. 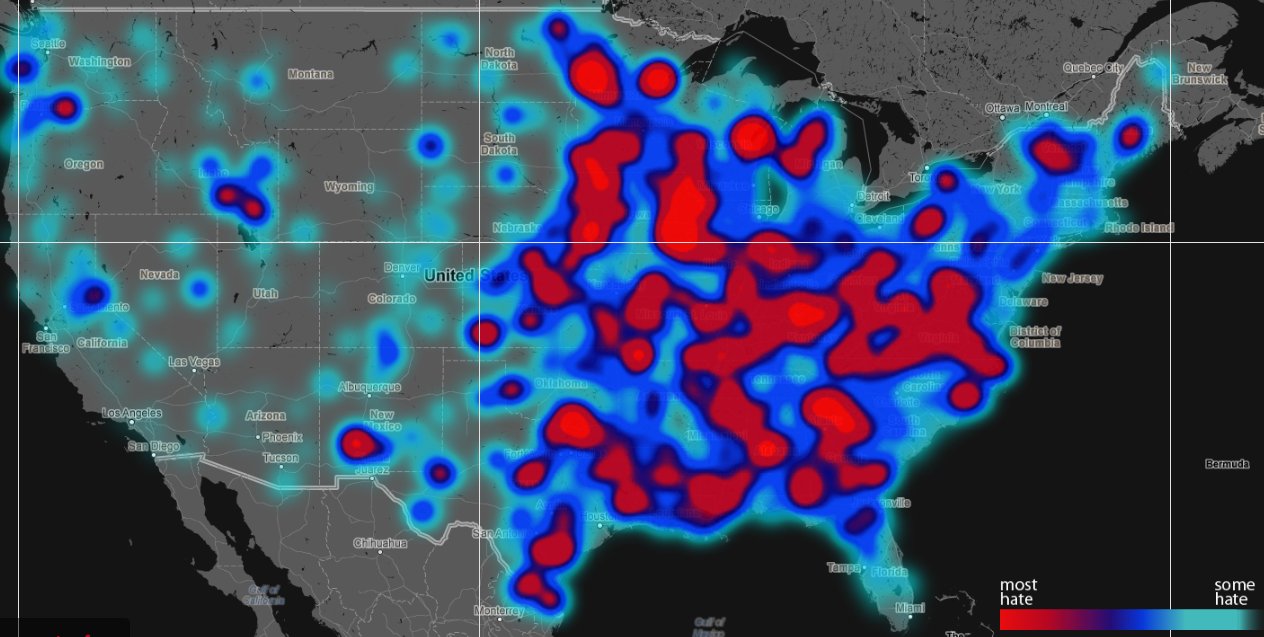 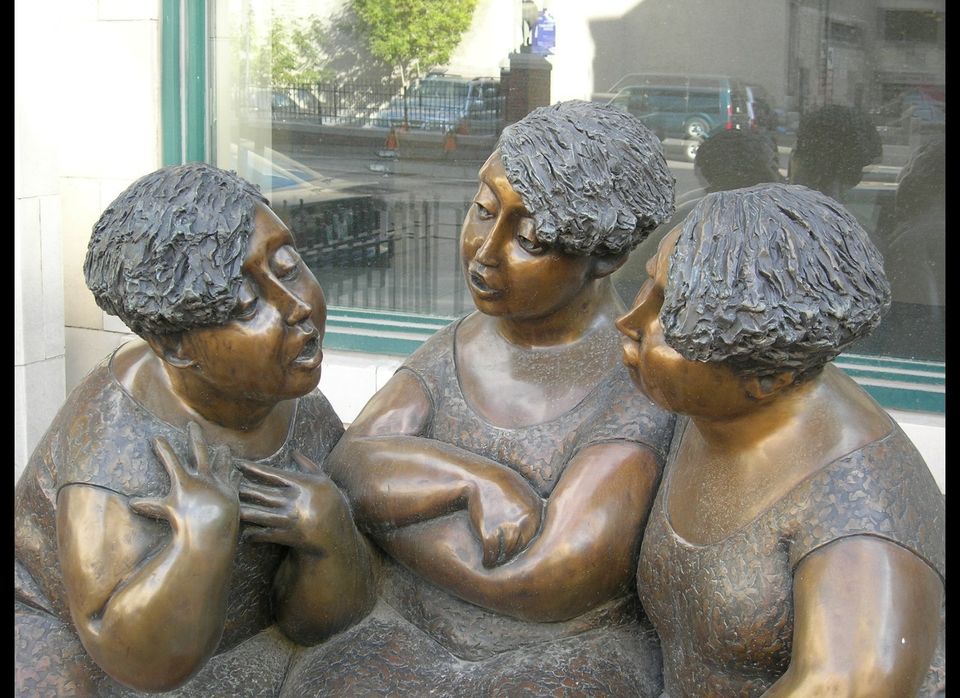