Despite being everything from a behind-the-scenes celebrity perspective to a catalyst for world peace, Twitter has long suffered from an identity crisis. As detailed in Nick Bolton's recent book, Hatching Twitter, even the founders could never fully agree on the purpose.

In recent years, Twitter has appropriately referred to itself as an information network, a big separation from a social network like Facebook. Like I described in a prior piece, Twitter's foundation of an interest graph is stronger than Facebook's reliance on a social graph from a long term perspective.

As outlined in the book, the original sign of Twitter as a real-time news source was the earliest users reporting (of all things) a San Francisco earthquake. Then again, the moment when Twitter was truly cemented in history occurred five years ago when US Airways Flight 1549 was forced to make an abrupt landing in the Hudson River, and the first news "reporting" came from Jānis Krūms, a rescuer who took a picture of the passengers standing on the wings of the plane and shared on Twitter as fellow rescuers were heading towards the plane. It'll forever be an iconic image, and an iconic moment in time. 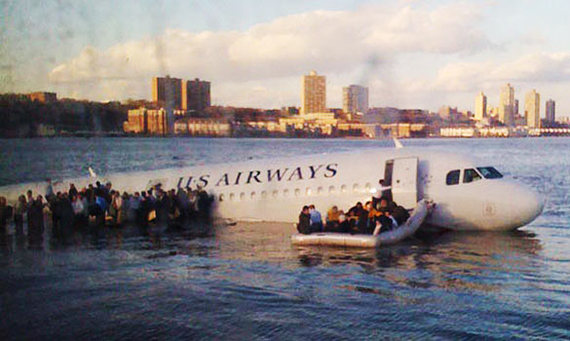 Yet, at the end of the day, what makes Twitter so amazing as a crowdsourced news source is its natural ability to become the ideal newspaper for each and every one of us. We choose our sources. They choose the content.

One of the best parts of Twitter as the 21st Century newspaper is your news sources can be a wide variety of sources. Whereas traditional newspapers have delivered the news in a second-hand context, Twitter allows you to learn the story from a first-person point of view. Put in other words, rather than hearing about the game from a reporter, you can hear the real story from the athlete who actually played the game. Best of all, if you like both points of view weaved together, you can do just that.

At the end of the day, we all have interests across multiple categories so the niche sources will often deliver the most appealing content. Following hashtags of interest has become a common practice, but while they may offer a great snapshot into the general sentiment towards a certain topic, they can also be extremely noisy with commentary from people you could care less to hear from.

If you really want to make the most of Twitter, you should treat it like a typical newspaper: Each subject matter should be split up into a different section. While Twitter has offered the ability to curate Lists around specific topics for a long time, they have struggled to emphasize the best usage.