James Cameron is getting some poor reviews right now.

The Oscar-winning director set Twitter on fire Thursday after he criticized the blockbuster hit “Wonder Woman” in an interview with The Guardian, calling out Hollywood’s “self-congratulatory” behavior despite the movie being hailed by many as a feminist victory.

He also got a strong response from “Wonder Woman” director Patty Jenkins.

“James Cameron’s inability to understand what Wonder Woman is, or stands for, to women all over the world is unsurprising as, though he is a great filmmaker, he is not a woman,” Jenkins wrote on Twitter. (See her full comments below.)

In his remarks to the Guardian, Cameron said: “All of the self-congratulatory back-patting Hollywood’s been doing over Wonder Woman has been so misguided. She’s an objectified icon, and it’s just male Hollywood doing the same old thing! I’m not saying I didn’t like the movie but, to me, it’s a step backwards.”

The “Terminator” and “Terminator 2” writer and director also went on to offer up his own character from those movies, Sarah Connor, as an example of a great female protagonist. Connor, who was played by Cameron’s ex-wife Linda Hamilton, has been hailed as one of the best female action characters of all time.

“She was strong, she was troubled, she was a terrible mother, and she earned the respect of the audience through pure grit,” Cameron said.

Given the soaring popularity of “Wonder Woman,” it’s not surprising that Cameron’s comments were met with skepticism and some outrage. Many have hailed the film as a stand-out for Hollywood in its empowerment of young girls and women.

In fact, the original Wonder Woman comic character was inspired by the feminist movement of the 1920s, according to Jill Lepore in her 2014 book, The Secret History of Wonder Woman.

The lead role was played by Gal Gadot, a former soldier in the Israeli Defense Forces, and included several women professional athletes cast as Amazon warriors. “Wonder Woman” is the highest-grossing action film ever directed by a woman (Patty Jenkins).

Cameron’s argument that the objectification of “Wonder Woman” is a step backwards has a hint of irony. The same day his interview was published, an interview with Gadot was published in Rolling Stone, in which she called out the body shaming she endured after being cast. Gadot said that many people expressed the feeling that she was too flat-chested for the role.

“I told them, ‘Listen, if you want to be for real, then the Amazons, they had only one boob,” Gadot told Rolling Stone. “Exactly one boob. So what are you talking about here? Me having small boobs and small ass? That will make all the difference.’ ”

Many Twitter users were less than impressed with Cameron’s argument. People were also quick to bring up the director’s own history with women, included his reportedly nicknaming “Titanic” star Kate Winslet “Kate Weighs-A-Lot.”

I mean, with all due respect, the fact that James Cameron can't see how Sarah Conner led to Wonder Woman and how they're both amazing... pic.twitter.com/HA3h2Rv8kC

*reads only the headline*
*lights torches*
"JAMES CAMERON IS THE ENEMY"
*reads actual quote*
"Oh I disagree, but I understand his position." pic.twitter.com/ARElPRHlck

James Cameron may have just proved the existence of a multiverse because there's no way in hell we're navigating the same reality.

So says the guy who kept calling Kate Winslet, age 19, "Kate Weighs-A-Lot" on the "Titanic" set & wanted to put her on a diet.

Also, she ran around in a tank top looking pretty sexy, so Sarah Connor's really no different from Wonder Woman

Wow. Cameron mansplains that WONDER WOMAN shouldn't be a big deal while pimping his character. Sheesh.

James Cameron: wonder woman is an objectified icon and a setback for female characters

Social media users made a range of points against Cameron’s statements, but possibly the most common take away was: “Sexy and powerful aren’t mutually exclusive.” 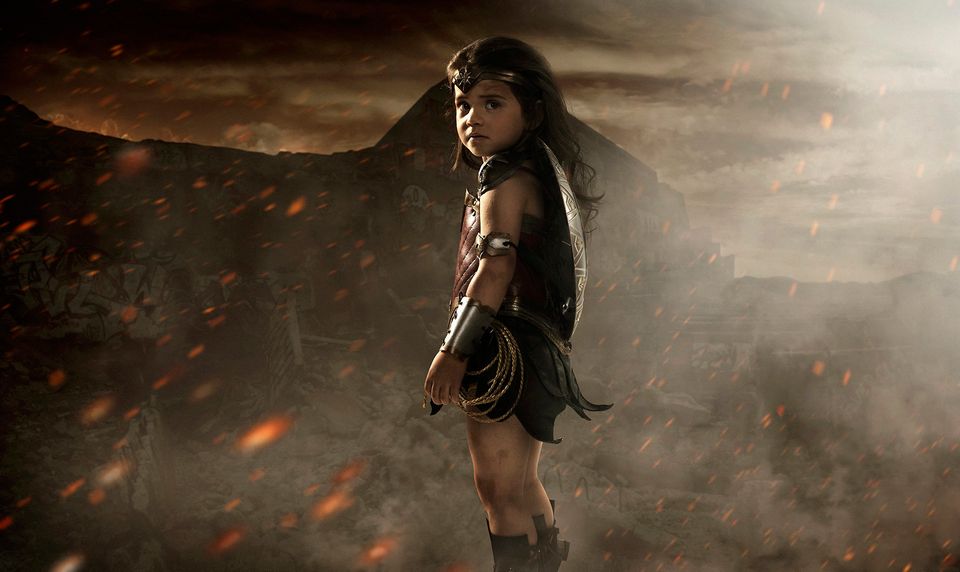