Speaking on NBC's Today show this morning, Twitter CEO Dick Costolo unveiled a new look for Twitter profiles and announced a makeover of the company's iPad, iPhone and Android apps.

The biggest change you'll see: more photos in more prominent places, a change Twitter is pitching as a way to help users "express who you are more meaningfully on Twitter."

Taking a page from the Facebook book, Twitter has redesigned users' profiles to feature a large "header photo" (Twitter's term for Facebook's "Cover Photo") at the top of individual accounts.

"You can upload your header photo, which appears above your Tweets, to express yourself instantly, anywhere," Twitter wrote in a blog post, promising the new profiles "also help you get to know people better through their pictures."

Any uploaded pictures will also get more prominence in the new profiles. According to Twitter, "Photo streams now appear below anyone’s most recent Tweets on iPhone, Android and iPad. Swipe through the stream to see the photos other users have shared or tap any thumbnail to view their photos in fullscreen."

Compare the old and new designs below: 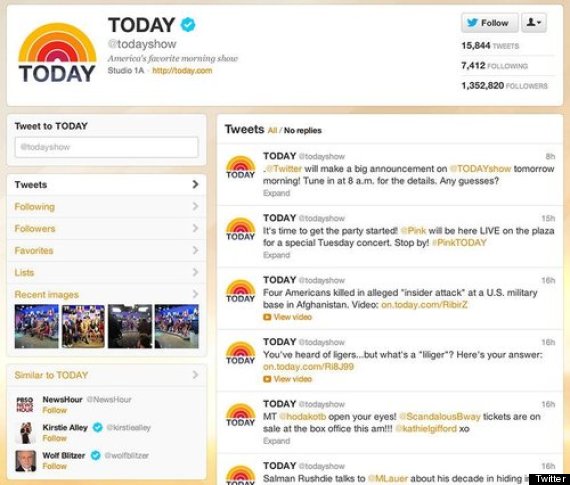 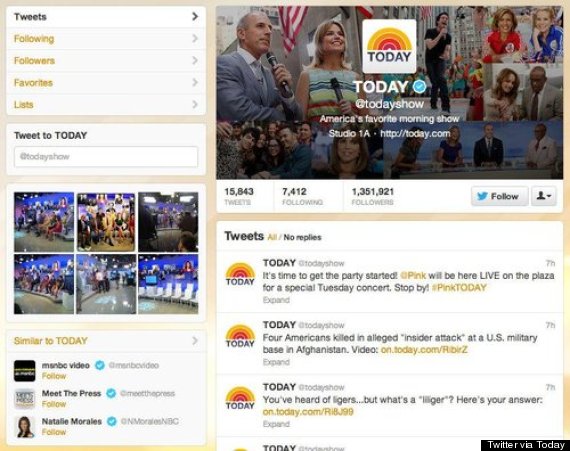 For the iPad, Twitter says it has "rebuilt the app from the ground up." The new design will make it easier to quickly scan videos, photos and articles being shared on the site -- you can "[e]xpand Tweets with a single touch to see beautiful photos, rich videos and web page summaries right in your timeline." It also features the new photo-centric profile layout.

Today's website says the "rollout of the new profile pages has already begun," so expect to be able to upgrade soon. Similar to how Facebook gradually transitioned to the Timeline format, Twitter will not force its users to opt into the new look -- for now. Twitter's latest redesign happens less than a year after its last one, in December 2011.

1 / 10
The Straits Times Curses Followers
On April 2, a staffer for Singapore-based news outlet <a href="http://twitter.com/#!/stcom" target="_hplink">The Straits Times</a> posted an offensive tweet on the company's feed. "I'd like to apologise unreservedly on behalf of our staff member. He mixed up his personal and corporate accounts," social media editor <a href="http://twitter.com/NgTzeYong" target="_hplink">Ng Tze Yong</a> tweeted, after the offending post had been deleted. [hat tip Christine L.]