Serena Williams and fiancé Alexis Ohanian’s daughter is barely 1 day old, and people are already lauding the newborn as the world’s next tennis legend.

Once news spread that the tennis champion gave birth to a baby girl ―coincidentally during the U.S. Open ― Twitter went wild with anticipation for what Williams’ and Ohanian’s baby might accomplish in her lifetime.

Former tennis pro Chris Evert pointed out on the feminist sports podcast “Burn It All Down” that the baby has actually already won a title, since Williams was pregnant when she won the Australian Open in January.

"Her baby girl won the Australian Open along with her. She already has a grand slam title." - @ChrissieEvert on Serena's daughter

And if the baby does indeed pursue a career as a pro tennis player, it looks like she’s already off to a good start. The folks at the U.S. Open, the U.S. Tennis Association, the Western & Southern Open and the U.S. Olympic Team all have their eyes on the baby, welcoming her into the world.

Below, check out Twitter’s best responses to Williams’ G.O.A.T. baby.

BREAKING: It's come to my attention that Serena Williams has reportedly had a baby girl.

A certain Maria Sharapova might as well retire now

Serena Williams just had a baby girl. They're on the practice court now.

Serena's baby came out the womb ranked inside the Top 200.

OUR QUEEN SERENA IS GONNA HAVE THIS BABY DURING THE US OPEN AND MAKE YALL REMEMBER HOW IRRELEVANT TENNIS IS WITHOUT HER AND HER FAMILY.

Serena just had a baby. Bookmarking for when the kid wins Wimbledon in 2034.

Just heard Serena Williams is in labor. I really hope her child & Beyoncé's twins become bffs. Let's think about that formation for a sec... pic.twitter.com/kJR4WGJ7wu

Serena & baby girl can play women's doubles together bc SW will dominate for at least 20 more yrs. Venus will still be playing singles!

Tickets for the 2033 US Open Mommy/Daughter final go on sale soon.

Serena Williams has given birth to a future female icon! pic.twitter.com/QSrulkNPii 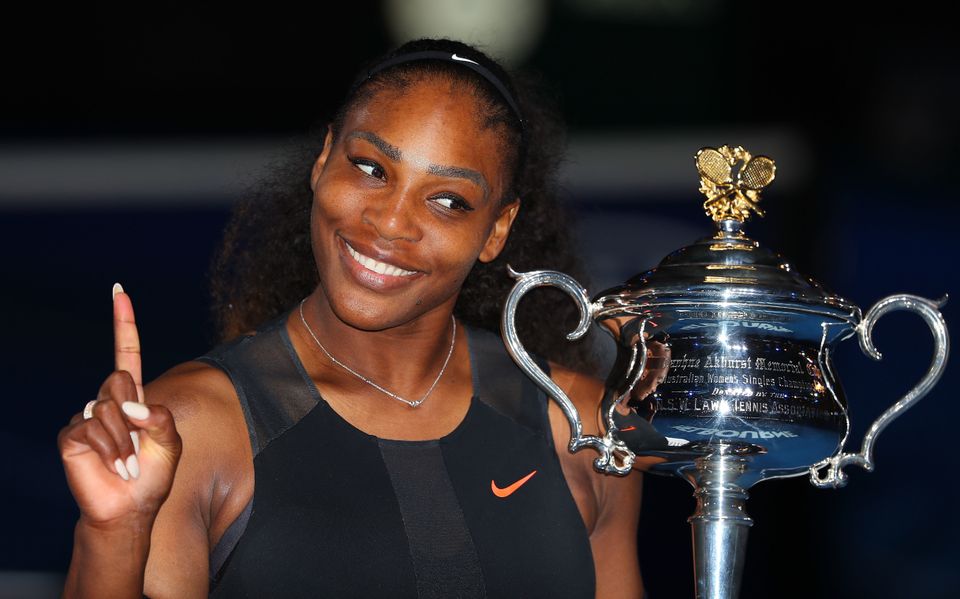 1 / 4
MELBOURNE, AUSTRALIA - JANUARY 28: Serena Williams poses with the Daphne Akhurst Trophy after winning the Women's Singles Final against Venus Williams of the United States on day 13 of the 2017 Australian Open at Melbourne Park on January 28, 2017 in Melbourne, Australia. (Photo by Scott Barbour/Getty Images)
Scott Barbour via Getty Images