Facebook may have seen its chief executive honored as TIME's person of the year, but Twitter has presided over many of its own successes in 2010.

It grew by over 100 million users, more than doubled its staff, raised new funding, and launched numerous features and advertising products aimed to turn the growing social media site into a money-maker.

Sysomos, a provider of social media analytics tools, did some number crunching to present a look at how Twitter has changed in the last year.

Their data tells a story of growth across multiple frontiers. There are more of us tweeting, we're both following and being followed more, and we're sharing more about ourselves.

A few highlights from Sysomos' report:

Sysomos' survey confirms what many other Twitter studies have found: a very small group of users account for the lion's share of the activity on the microblogging site. Nearly 60% of tweets come from 2.2% of Twitter's users, with 22.5% making up a full 90% of Twitter's activity.

What do we share about ourselves in our Twitter bios? See the word clouds generated by Sysomos below, then take a look at out our post on what people retweet and why. 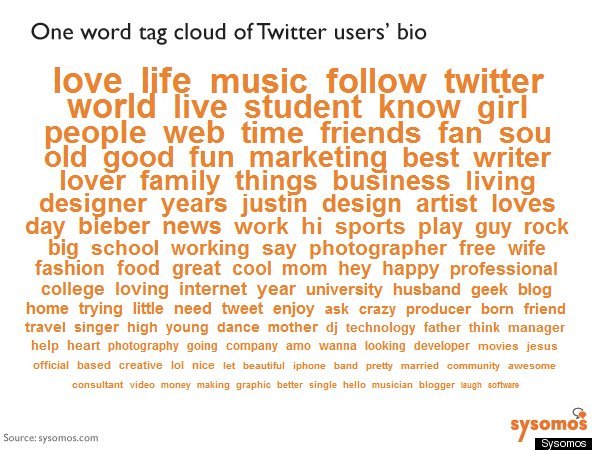 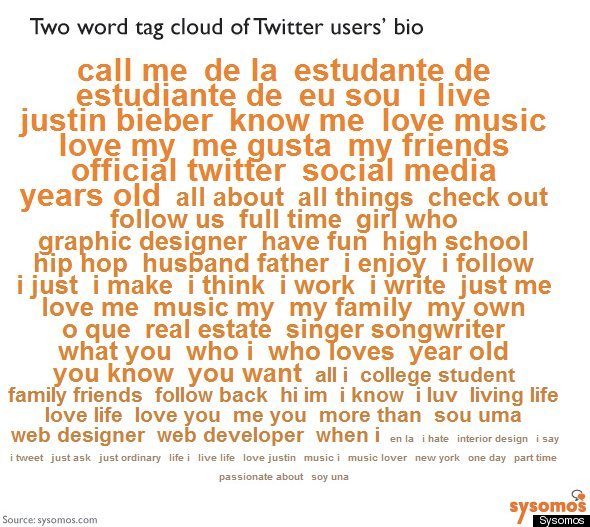