Cornell University and Yahoo! Research have released a ten-page research report that offers insight into how content is being created, consumed, and shared by different groups of users on Twitter.

Though Twitter recently shared statistics highlighting its considerable growth over the past five years, the researchers found that a small minority of users--around .05% of the site's population--are generating half of all Twitter posts.

The researchers distinguished between ordinary and elite users, which they divided into four categories: celebrities (such as Lady Gaga or Barack Obama), media (such as CNN), organizations (such as Google), and blogs (such as BoingBoing, Gizmodo, Engadget, and Copyblogger).

Though Twitter has around 200 million users, the report found that 50% of tweets (there are around 140 million sent each day) are generated by 20,000 "elite" users, or less than .05% of all users. A 2009 Harvard study drew a similar conclusion, reporting that just 10% of Twitter's users produced 90% of the service's tweets.

The Cornell/Yahoo! Research study also found that the lifespan of tweets varies by user category, noting that this can be explained by the type of content that the differing users tend to post to Twitter:

URLs originated by media actors generate a large portion of short-lived URLs (especially URLs with lifespan=0, those that only appeared once); and second, URLs originated by bloggers are over-represented among the longer-lived content. Both of these results can be explained by the type of content that originates from different sources: whereas news stories tend to be replaced by updates on a daily or more frequent basis, the sorts of URLs that are picked up by bloggers are of more persistent interest, and so are more likely to be retweeted or reintroduced months or even years after their initial introduction.

Not only are a small minority of elite users producing half of all tweets, but it appears that these elite users seem to be most focused on following others within their category.

On the other hand, "ordinary" users are not receiving information directly from media outlets, but second hand, via other tweeters.

"Even though media outlets are by far the most active users on Twitter, only about 15% of tweets received by ordinary users are received directly from the media," the report notes.

Read the full study, including the researchers' methodology, here.

UPDATE: Twitter contacted HuffPostTech to correct the conclusion drawn that .05% of the site's users are responsible for half of all tweets.

Twitter directed HuffPostTech to two tweets from Twitter's Sean Garrett, which noted, "BTW, it's technically impossible for 20K users to create 50% of all Tweets given limit of 1K Tweets/day per user [...]" and added, "even if 20K 'elite users' tweeted every 90 secs for 24 hrs, w/no sleep, it would be just 14% of 140M daily Tweets." 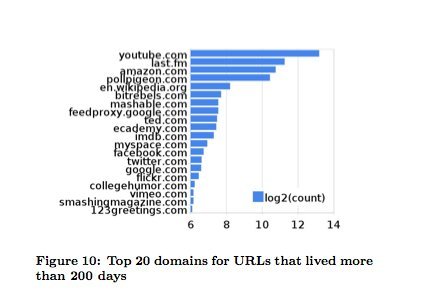