The world is aflutter with buzz about Twitter. With a rising stock price the IPO appears to be a success, but that's nothing compared to what's coming from the social media giant. In many respects, Twitter is already the king of the social media world. Soon, that will be undisputed.

Within a few years, 100 percent of Fortune 500 companies will have adopted Twitter. That may seem like a bold claim, but when you look at the numbers it's not far off. According to a University of Massachusetts Dartmouth study, 77 percent of Fortune 500 companies currently have active Twitter accounts. That's compared with 70 percent for Facebook. An interesting note -- Twitter's active user base is approximately one-sixth of Facebook's user base. 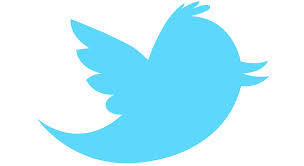 Over the last four years, Twitter has seen 16 percent growth and maintained a 4-7 percent edge over Facebook each year. That's a lot of numbers that back up this point -- over the last four years, Fortune 500 companies are joining Twitter faster than Facebook. Take for instance, Fortune 500 companies like Altria Group, Exelon, NextEra and Visteon. They have all adopted Twitter, but to this point, have neglected Facebook.

It's not just a particular industry that is gravitating to Twitter. It's all of them. In The Social Impression Quarterly Index Study, that Insightpool (my company) will release later this quarter, we found that across the Fortune 500, at least one company from each industry category uses Twitter -- not true for Facebook or any other social media tool.

Fortune 500 companies were early adopters of Facebook, but when computer titan Hewlett Packard (number 15 on the Fortune 500) entered the social media world, it went straight to Twitter. This makes sense in the fast paced corporate world. According to Nora Barnes, Director of the Center for Marketing Research at the University of Massachusetts Dartmouth, companies are drawn to Twitter because it is "cleaner, faster and smoother."

But why are Fortune 500 companies more apt to adopt Twitter? Del Ross, most recently VP of Americas Sales & Marketing for Intercontinental Hotel Group and a member of the Advisory Board for my company, believes the success lies in simplicity. Twitter only requires you to "master 140 characters -- it's an incredibly low barrier." By comparison, Facebook is complicated.

But it's not just simplicity. It's who is using Twitter.

"One of Twitter's biggest achievements is its adoption by the media," MRY CMO David Berkowitz mentioned to me the other day. "Every Fortune 500 invests in investor relations, so even if it's just a place to conveniently link to their press updates, earnings reports and issue official statements, it makes sense. And better for them to have an official channel than not, if for no other reason than to play defense."

Twitter can also be used as a proactive tool for brands. It's not just about reacting to customer service complaints, but the true power of Twitter lies in reaching out to engaged audiences and turning them into brand ambassadors. This can be done subtly and cheaply through Twitter. As brands have realized this, Twitter has become the cornerstone of successful social media and communication strategies.

As I have written before, Twitter has greater long-term viability than Facebook. Beyond just a smoother IPO process, Twitter is in an enviable position, especially among Fortune 500 companies.