President Donald Trump may have thought pardoning Susan B. Anthony would increase his popularity with female voters, but it looks like Twitter users are not impressed.

On Tuesday, the president said he would pardon Anthony, a leader in the women’s suffrage movement who was arrested and charged a $100 fine in 1872 after voting illegally.

As journalist Aaron Rupar pointed out, the announcement was so left-field that the first reaction among those in attendance was giggles.

Trump's announcement that he's pardoning Susan B. Anthony is met with laughter pic.twitter.com/ycIFtFtQOQ

Although Anthony is a key figure in American history, The New York Times points out that she is considered an “increasingly divisive figure” who was “adopted by anti-abortion forces and criticized for relegating Black suffragists to the sidelines.”

Many Twitter users thought the president should be focused on more pressing needs.

So, the president, who undermines confidence in elections by predicting massive voter fraud announces he will pardon Susan B. Anthony, who was convicted for voting illegally, which spurred the eventual passing of the 19th Amendment? OK. Got it.

The “pardon” of Susan B. Anthony is classic Trump. Instead of actually DOING something to address problems like everything related to the pandemic or fixing the Postal Service, he makes a gesture that commands a sliver of the news cycle. pic.twitter.com/T67P2zAvYU

Some thought it was simply an empty gesture.

As highest ranking woman elected official in New York and on behalf of Susan B. Anthony’s legacy we demand Trump rescind his pardon.

She was proud of her arrest to draw attention to the cause for women’s rights, and never paid her fine. Let her Rest In Peace, @realDonaldTrump.

Why does anyone care that Trump is going to pardon Susan B Anthony?

She died in 1906, she didn't support the right for black women to vote, and we all know if she was a live today, Trump would be happy to grab her by the pussy.

Susan B. Anthony doesn’t need a man to pardon her. 💅 https://t.co/1l1jbdPlTE

Others thought Trump was insulting the intelligence of women voters.

Good for Susan B. Anthony but how shallow does @realDonaldTrump think women won’t see what he is up to. https://t.co/JszgI3R5km

So gracious of Trump, condescending to"pardon" Susan B Anthony .. am sure women all over America will be deeply grateful. Which genius in WH thought this stunt up? Dept of Tin Ear? Or Dpt of 2 Corinthians who brought us the Bible moment?

Just as the GOP's manipulation of a Kanye West candidacy shows they think Black people are stupid, Trump pardoning long-dead Susan B. Anthony for political gain shows he (still) believes women are dumb

Still, some people couldn’t help but imagine how the decision to pardon Anthony came about.

Frederick Douglass did a great job lobbying for Susan B Anthony’s pardon.

Ivanka told Father-Employer that Early Shift Maid says "housewives" would go wild for a pardon for Susan B. Anthony. Jared told Father-In-Law-Employer that this actually came from a substitute maid the agency sent over while she's on unpaid leave, but they look alike.

One woman pointed out that pardoning a woman for illegally voting in 1872 isn’t as important as ensuring equitable voting rules in 2020.

One guy predicted Trump would quickly regret his decision to pardon Anthony.

I give it 24 hours before Trump starts complaining that Susan B. Anthony still hasn't thanked him for the pardon.

Twitter Users Not Impressed With Trump's Susan B. Anthony Pardon
The Best Merch To Remind Everyone To Vote This Election Year 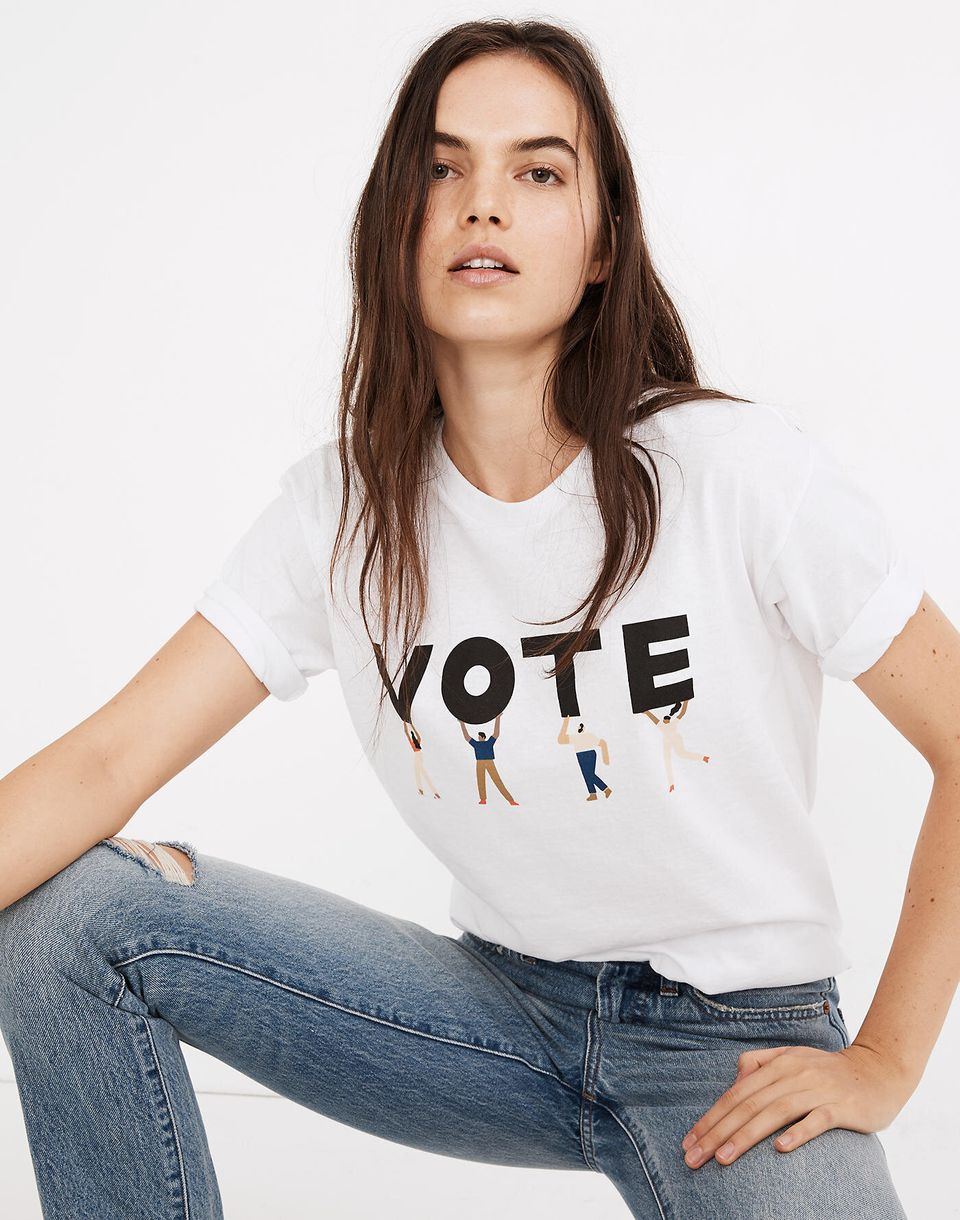