If you’re on Twitter and you change your unverified account’s display name to Elon Musk, the social media platform will lock you out.

According to numerous reports, Twitter took this step because scammers posing as the Tesla CEO have been attempting to trick people into sending them cryptocurrency. An account with “Elon Musk” in the display name and a photo of him could reply to one of the real Musk’s tweets to make it look like a threaded reply.

“The tweets often take the same formulation: Users are offered a rare chance to get in on the ground floor of a new type of blockchain technology, and all they have to do to get rich quick is fork over some cash in exchange for tokens of a new cryptocurrency they’ve never heard of,” said The Verge.

A Twitter spokesperson said in a statement to the publication that in its “continuing efforts to combat spam and malicious activity,” the Elon Musk name-lock emerged in an effort to test “new measures to challenge accounts that use terms commonly associated with spam campaigns.”

Users of locked accounts can get back into their accounts fairly easily. After the lock, Twitter asks users to pass a CAPTCHA test and provide a phone number.

Twitter users have since taken to making fun of the lock in the way that only Twitter can:

Twitter: If You even THINK of Using Elon Musk's Name you're gonna get in big Trouble Mister.

i hope twitter doesn’t ban me, the guy who has for very complicated reasons been called by the nickname “elon musk” since i was a child, for referring to myself as my beloved childhood moniker in my display name.

The plan? Legally change your name to Elon Musk and sue Twitter for not letting you use your real name pic.twitter.com/jt8UTXUAw6

twitter: will lock accounts if they change their name to elon musk

Some Twitter users noted that the lock demonstrates a feature that the platform could use against hate speech or Nazis.

If you put "Elon Musk" in your handle, the very next Twitter screen you click to will be a notice that your account has been locked.

They have the technology to clamp down on Nazis using Nazi buzzwords to organize. They could do that. They chose not to. pic.twitter.com/diDjfW1DpG

the fact that changing your name to elon musk is more important to twitter and considered a much greater offense than than being a literal nazi is pretty fucked up.

Twitter just locked my account when I changed my screen name to include the words "elon musk" and I had to prove I wasn't a bot to get it back which means they have the algorithms and tech to remove Nazis automatically thank you enjoy your evening.

A Twitter spokesperson told HuffPost on Monday that “as part of our commitment to serve the public conversation, we’re continuing to fight spam and other malicious behaviors on our service.”

“This is an evolving challenge. As such, we’re rapidly developing our response to be more agile and effective in detecting these behaviors and enforcing our policies ― particularly as it relates to deceptive cryptocurrency accounts in violation of our spam rules.”

This story has been updated with a statement from Twitter to HuffPost.

PHOTO GALLERY
Nazi Looted Art Given Back To Rightful Owners 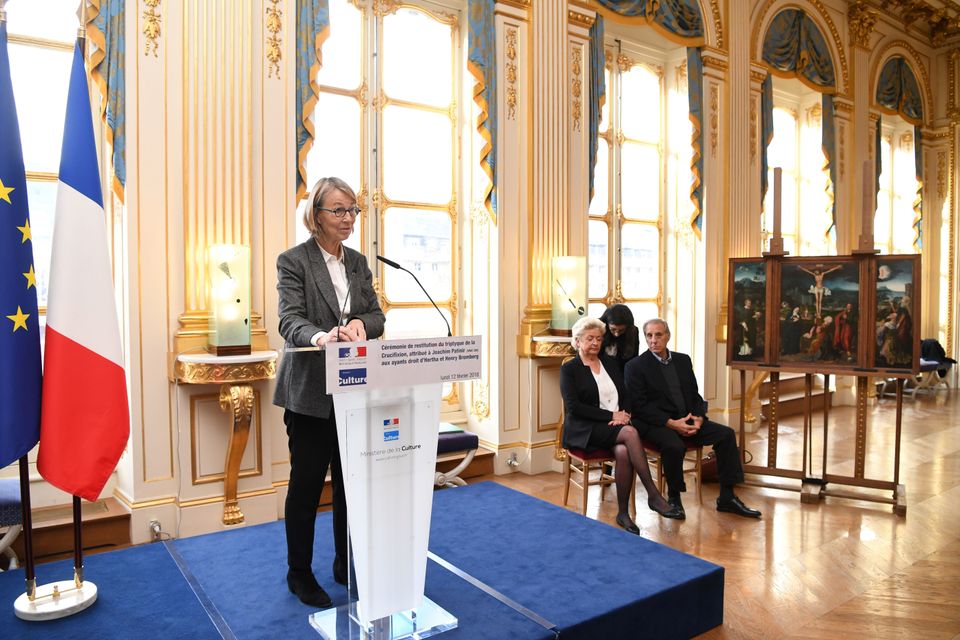