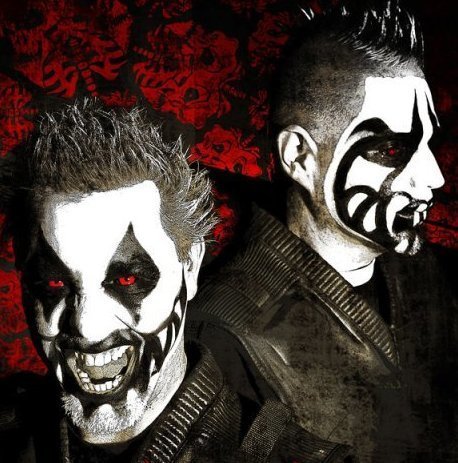 The original release of Mutant marked the duo's first serious venture into hard rock music and instantly became a catalog classic. Twiztid is back with hard rock vibes just in time for their upcoming Juggalo Invasion Tour, which will feature full backing band The Wickedness on all U.S. dates. The band features Rocky Sobon of VentanA on guitar, Davey Suicide/Static-X drummer Drayven Davidson and keyboardist Tiffany Lowe, who has formerly performed with Combichrist. The tour will feature support from Blaze Ya Dead Homie, Boondox, Lex The Hex Master, Davey Suicide (U.S. only) and special guest Trilogy.

For your enjoyment, we have an exclusive stream of the entire Mutant: Remixed & Remastered album below.

Mutant: Remixed & Remastered is now available via Majik Ninja Entertainment. You can order your copy via at TwiztidShop.com in CD or vinyl format. For more information on the Juggalo Invasion Tour along with Twiztid VIP packs that include a meet & greet with the entire tour line-up (not including Davey Suicide and Trilogy), a VIP laminate, an exclusive VIP single, exclusive tour hat pin, a die cut sticker, and a 24x36 poster, also visit TwiztidShop.com.