They were best friends in high school and came to America together to attend the University of Washington in Seattle. Alhaji Mamut Ceesay and Ebou Jobe are from The Gambia in Western Africa, and after more than a decade working in the states, and naturalizing as U.S. citizens, they decided to return to their home and start a business. Alhaji, who has two children and worked as an infrastructure systems analyst for Chevron and Texaco in Houston, had just obtained his MBA. His friend Ebou, a father of three, was an operations manager at Walmart.

And they had big dreams, which may have cost them their lives. 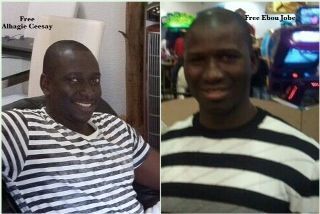 The two cashed in their 401(k) savings and gathered whatever cash they had available, left money behind for their wives and children in May 2013, and traveled to the Gambia with hopes of launching a computer service business. They rented an apartment at the Bruishbi Housing Complex outside of the country's capital city of Banjul, and began their due diligence to find a market niche for their business.

"They are good, family men," said Juka Ceesay, Alhaji's sister. "They loved their home country and wanted to give something back by starting a business and creating jobs. That was all they wanted to do." 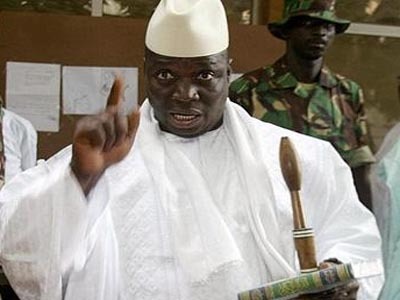 Gambia's dictator, Yahya Jammeh, has shown public disdain for the U.S. and the West and has previously detained, without charges, other naturalized Americans from The Gambia. Texan Hassan Touray, who had established a digital identification software company in his homeland, was held at the oppressive Mile Two prison where as many as 20 inmates are often confined in a single 8 foot by 10 foot cell with no toilet. Detainees released under international pressure have reported being forced to eat cornmeal with sand and witness deaths from malnutrition and disease. There are not believed to be any doctors on site at the prison. Touray was released when the U.S. placed diplomatic pressure on Jammeh after the technologist's plight was published in The Huffington Post. 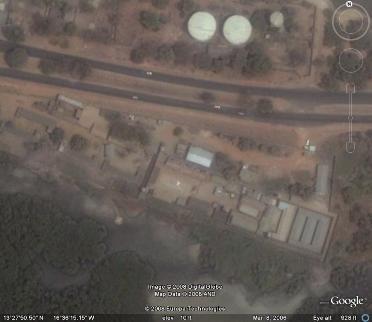 U.S. Secretary of State John Kerry recently chastised Jammeh for threatening comments the dictator had made about homosexuals. Jammeh had once claimed to have found a cure for AIDS but has continued to refer to LGBT individuals as "vermin" and compared them to "malaria causing bacteria" that are "the biggest threat to human existence ever known." Jammeh said if gays were caught in The Gambia they would "regret why they were ever born." Nonetheless, U.S. taxpayers send about $150 million to Jammeh's country each year to help with food security and development. How much makes it past a corrupt treasury is difficult to measure.

Friends say the two men believed the Gambian National Intelligence Agency (NIA) was tracking them as they moved about the country talking to potential customers of their new business. Around the end of June 2013, Alhaji and Ebou stopped communicating with their families and friends in the United States. One of their neighbors, who has left The Gambia in fear, reported their apartment had been ransacked, all computer gear and clothes and other belongings had been removed, and a vehicle stolen. The men have not been heard from for about eight months. Their disappearance might be connected to a man who is believed to be related to Ebou, and comes from the same village of Kerrjarga. During their time in Seattle, Alhaji and Ebou were said to have been befriended by fellow countryman Bai Jobe. Sister Juka Ceesay said Bai often visited Alhaji and Ebou at their rental home in Seattle. Bai had already returned The Gambia, according to reporting by Freedom Newspaper in the country, and had joined the service of Jammeh. The online news outlet claimed Bai Jobe was a body guard for the country's vice president and said that he had told the NIA that Alhaji and Ebou had returned to their homeland to launch a coup against the president.

"This is not true, at all," said Juka Ceesay. "How would they launch a coup? They did not have connections or money or weapons or anything. This is just crazy. They wanted to start a business and come home, maybe even return with their families."

Freedom Newspaper has reported that both men were kidnapped and then executed. The Hello Gambia paper has also written that Yankuba Badjie, Director of the NIA, is believed by Ceesay's family and other witnesses to have led a notorious hit squad known as the JUNGULAR, which reportedly confronted and kidnapped Ebou and Alhaji. In fact, Badjie visited the two a day before the kidnapping promising them a special meeting with Yahya Jammeh. NIA agents have confirmed that tentative meeting with Jammeh. Instead, Yankuba and his kidnap team took away cash, a mining machine, and other material they found with these American investors.

The families of the men in the states and The Gambia are pressuring the U.S. State Department to provide information on their status but they have received nothing that can be considered definitive. Case managers for the F.B.I. and the U.S. Embassy have been changed in the regular course of business and dictator Jammeh has fired his Minister of Foreign Affairs, Susan Waffa Oogo. According to Hello Gambia, this is a standard tactic used by Jammeh to prevent accountability. They quote an unnamed source explaining the rationale behind the minister's relief from her duties under Jammeh.

"Under the circumstances it would be very difficult if the US Embassy, or the State Department wants clarification from the Gambian authorities in regards to the alleged killing of their citizens by the Jammeh government," the source said. "The new guy who should replace Susan would be afraid to follow up with Jammeh, or to relay the concerns coming from the US authorities to Jammeh. The decision to let go Susan is a tactical move. Jammeh doesn't want the US government to know the truth surrounding the murder of Ceesay and Jobe."

The Gambia's leader has a demonstrated pathology for kidnappings and disappearances of the innocent, in particular, journalists who write anything critical. Reporter Ebrima B. Manneh was arrested by the NIA on July 11, 2006, and has never again been seen or heard. Unconfirmed reports claim Manneh has been held at Mile Two Prison but there is no reliable information on his condition or whereabouts, and Jammeh's government denies any involvement in the reporter's disappearance.

Jammeh's behavior in the international community and within his own country has been irresponsible and he continues to kill and torture political opposition with impunity. The U.S. needs to immediately hold him responsible for the welfare of two American citizens and demand verifiable information on their safety, or proof of their deaths and the return of their remains.

The U.S. State Department must do something more, diplomatically, than just calling Jammeh's language about gays, "unacceptable."