Anyone familiar with the writings of A.A. Milne knows that the author of Winnie-the-Pooh had a real fondness for the Royal Family.

Mind you, the royals who appear in "When We Were Very Young," Milne's best-selling book of poetry from 1924, weren't always on their best behavior. Take - for example - the monarch who fusses & pouts in "The King's Breakfast." Literally sobbing as he hurries back to bed, all because his servants have forgotten a little butter for his bread.

That said, even 6 year-old Christopher Robin recognized that " ... uneasy lies the head that wears the crown." Which is why - in Milne's "Buckingham Palace" poem - Christopher is heard to exclaim " ... I wouldn't be King for a hundred pounds." 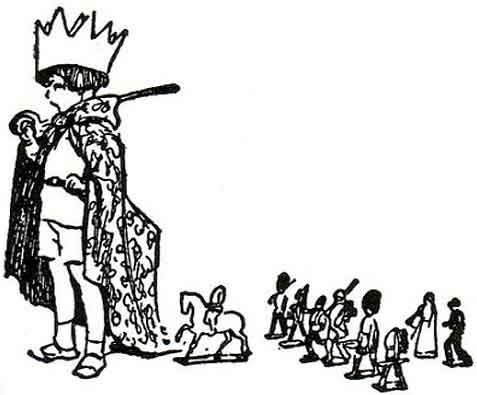 Which brings us to Her Majesty's 90th Birthday Celebration. Given that Queen Elizabeth II has dedicated decades to watching over the Commonwealth and consulting on its international affairs, it only makes sense that the residents of the Hundred Acres Woods would somehow want to pay tribute to her Majesty The Queen (who - it is believed - loved the Winnie-the-Pooh stories as a child).

That's the creative conceit of "Winnie-the-Pooh and the Royal Birthday," a free downloadable illustrated book and audio adventure that was just released today. The folks at Disney created this project not only to celebrate the official 90th birthday of Queen Elizabeth II but to also help raise awareness of Winnie-the-Pooh's 90th anniversary (the very first "Pooh" book was published in October of 1926). 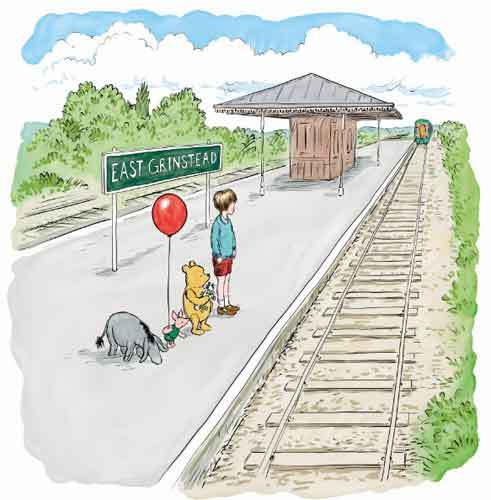 Thanks to Mark Burgess' illustrations (which are drawn in the classic E.H. Shepard style), we get to watch as Christopher Robin, Pooh, Piglet & Eeyore leave the Hundred Acre Wood and journey to London. All with the hope that they'll then be able to deliver their very thoughtful birthday gifts to the Queen. 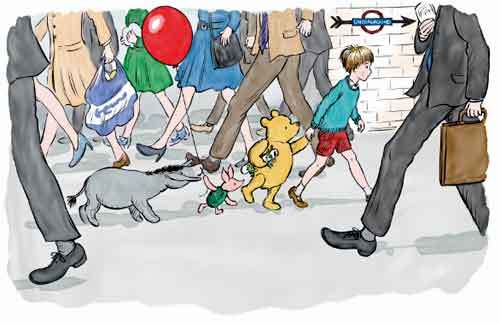 Christopher Robin & friends go on a pretty epic journey over the course of "Winnie-the-Pooh and the Royal Birthday." As they make their way from the Hundred Acre Woods to Buckingham Palace, Pooh & pals first have to catch a train. Then they get on the Underground before then traveling through London on an open-top bus. 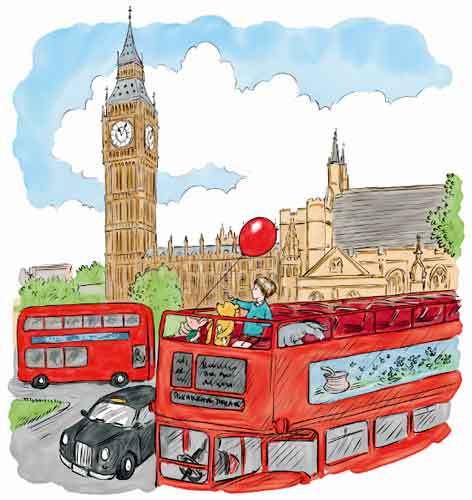 So what happens when this passel of plush has a chance encounter with The Queen? 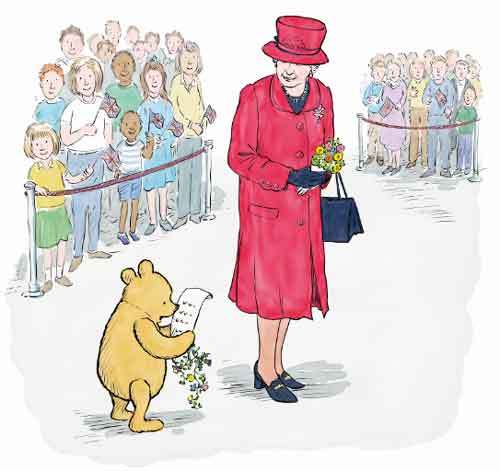 To get an answer to that question, you're going to have to download the book and/or watch the illustrated video (which - FYI - is narrated by Academy Award-winner Jim Broadbent). If you live in the UK, the website you need to visit is Disney.co.uk/WinnieRoyalBirthday. If you live stateside, the illustrated version of "Winnie-the-Pooh and the Royal Birthday" can be downloaded for free at WinnieThePooh.Disney.com and the audio/visual version of this book can be viewed at http://di.sn/RoyalBirthday. 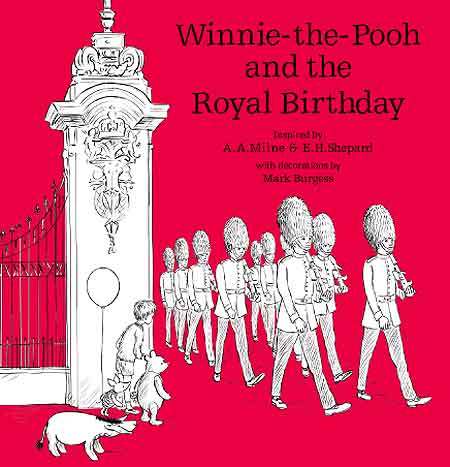 Just so you know, though: Her Majesty The Queen may not be the only Royal that Piglet & pals get to interact with over the course of this story. 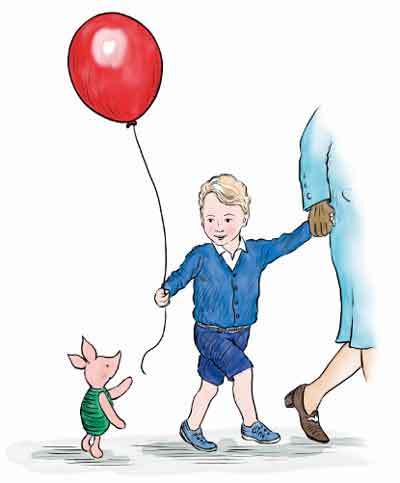 So - to borrow the appropriate phrase from Owl - here's hoping that Queen Elizabeth II & Edward Bear both have a " ... HIPY PAPY BTHUTHDTH THUTHDA BTHUTHDY."