Would the body of a taxidermy two-faced kitten make you smile or shudder?

Your answer may have been different if you lived in Victorian England.

"People loved freaks, and they still do," Joanna Ebenstein, Creative Director at The Morbid Anatomy Museum in Brooklyn, New York, told The Huffington Post. But in past eras, she said, society deemed it “more appropriate to delight in them."

The two-faced kitten corpse on display as part of the museum’s ongoing “Collector’s Cabinet” exhibit is the creation of Englishman Walter Potter, a Victorian taxidermist best known for elaborate, anthropomorphic tableaux like the Rabbits' Village School and the Kitten Tea Party. 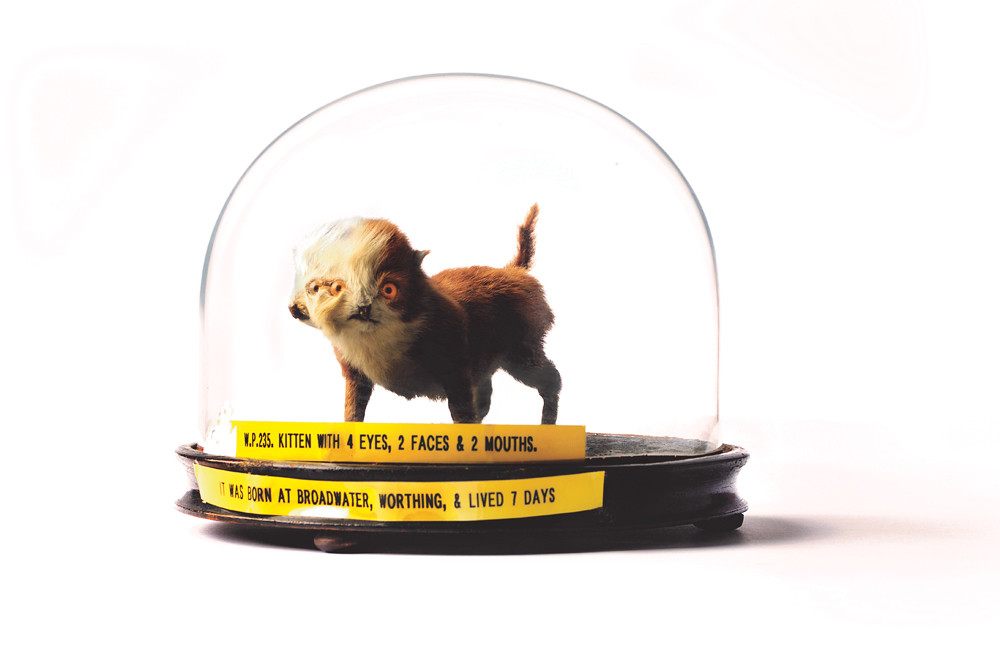 “They didn’t spay or neuter animals back then,” Ebenstein, who also co-authored "Walter Potter's Curious World Of Taxidermy," said. Surplus animals were drowned or killed in other ways, and many people had no problem sending the bodies along to someone like Potter. That's part of the reason why your average Victorian probably wouldn't feel too harsh a pang of sadness while staring into the (four) eyes of a dead two-faced kitten.

Another object on display, a small wax figure from the 17th or 18th century, shows intestines spilling out of a bony, decaying corpse. It's hard to imagine your average person wanting to keep something like this on their shelves, but Ebenstein told HuffPost folks in Europe kept objects known as "memento mori" - Latin for "remember that you must die" -- around in order to encourage themselves to reflect on their own mortality. Highly detailed, gory figures like this one were frequently crafted by nuns, Evan Michaels, who is lending the figure to the museum, wrote in the exhibition catalog.

"People didn't always have the kinds of hang-ups we do about death," Ebenstein told HuffPost. 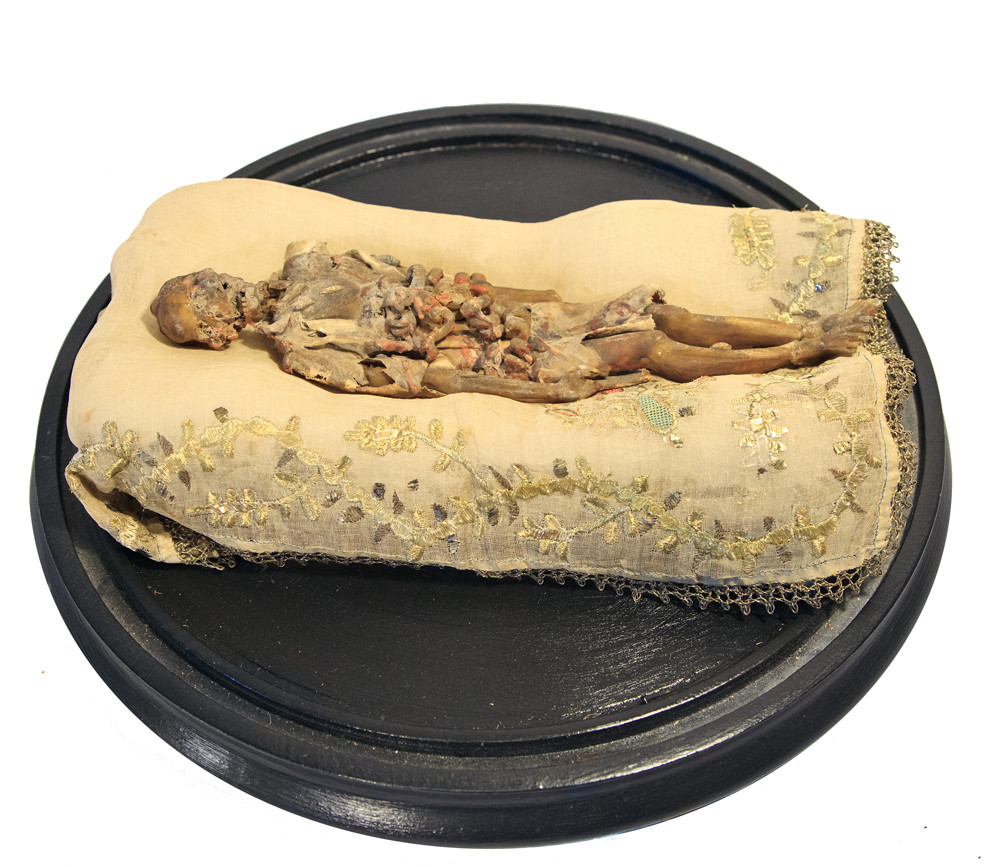 Not everything at the exhibit is gruesome. The show offers plenty of less-macabre glimpses into the past, including a scrapbook of human hair, a 19th-century album of "paper dolls" cut from magazines, and pages from a 1901 manual some believe was a guide for fraudulent psychics.

“This is a bit of history that’s almost completely lost," Ebenstein said.

The Collector's Cabinet exhibit is on display at Brooklyn's Morbid Anatomy Museum through March 29.