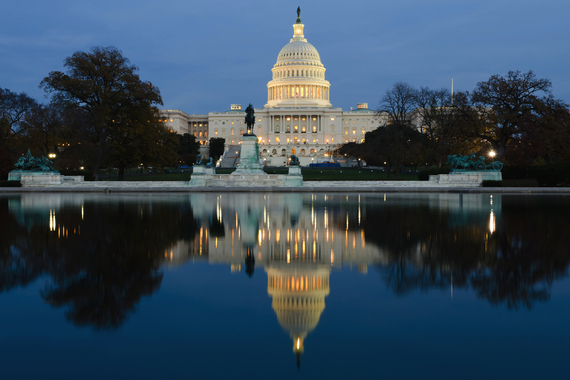 And they’re off! Last week, the House and Senate Appropriations Committees finished work on their respective versions of the federal spending bill that funds the Department of the Interior, the EPA and the U.S. Forest Service. Both bills are loaded with ideological riders that would block or eliminate protections for our air, water, climate, public health, endangered species, forests and other public lands.

A rider is a provision that either makes a change in law directly or, more commonly, prohibits an agency from using its funds to carry out specific duties under a law or rule. One example would be a rider that prevents the EPA from setting or enforcing limits on air pollution from power plants. Another rider might stop the U.S. Fish and Wildlife Service from protecting certain creatures as endangered under the Endangered Species Act.

The House Appropriations Committee imbedded nearly 40 anti-environmental riders into its spending bill before it was voted out of the committee on June 15. It now includes riders that would remove Endangered Species Act protections from wolves in Wyoming and the upper Midwest and deny farmworkers the right to grant a family member, physician or labor representative access to information on pesticides they have been exposed to. Riders in the bill would also block new national monument designations, the president’s Clean Power Plan to reduce carbon pollution from power plants and the Clean Water Rule that protects the drinking water of one in three Americans. In addition, riders in the bill seek to stop the implementation of a 2015 rule to reduce smog nationwide, as well as an effort by the Department of the Interior to control air pollution from offshore oil development

The Senate Appropriations Committee passed its spending bill on June 16. It too contains more than a dozen anti-environmental riders. It has riders that seek to undermine public involvement and environmental impact analysis of logging projects in national forests. Its riders would also prevent the Obama administration from reducing old-growth logging in Alaska’s Tongass National Forest. Also included are riders to stop the Department of the Interior’s work on a rule to protect streams from mountaintop removal coal mining and to keep mining companies from having to foot the bill for the future hazardous waste contamination that they cause. The bill, with its riders, would also prevent the government from carrying out endangered species protections for the lesser prairie chicken, and it contains the wolf delisting and Clean Water Rule riders as well.

As they left for their July 4th recess House leadership said they intended to bring this spending bill to the House floor early next month, where even more bad riders are likely to be added. It is doubtful the Senate can bring its bill to the floor before the fiscal year ends on September 30. However, all of these poison pill riders will be poised to be part of the year-end, back-room mudwrestling that will occur after the November elections when Congress tries pass a single measure to fund the government.

Between now and then it’s vital that our elected officials understand the American public does not support these back-door assaults on our air, water, climate, workers, wildlife and public lands. The job of Congress is to fund the government, not craft sweetheart riders for polluters.