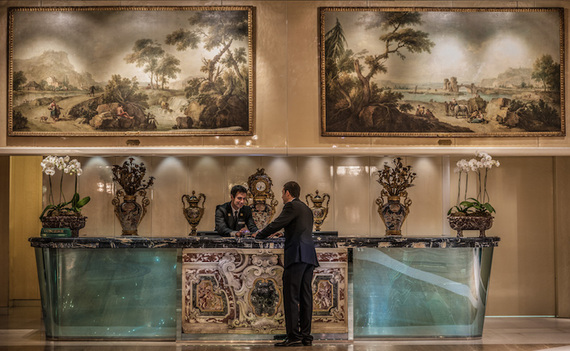 Among Rome's few five-star hotels is the Cavalieri, now part of the Waldorf Astoria hotel company, which has invested heavily to update every aspect, from the rooms to the pool and spa, while maintaining the sprawling hotel's unique 1960s grandeur. From the beautifully landscaped entryway to the extravagant reception area, with its winding staircase to the lower floor where a state-of-the-art Grand Spa is located, housing the city's most beautiful indoor and outdoor pools, everything looks fresh yet part of another era, when the names Fellini, Mastroianni and Loren were known to every American. 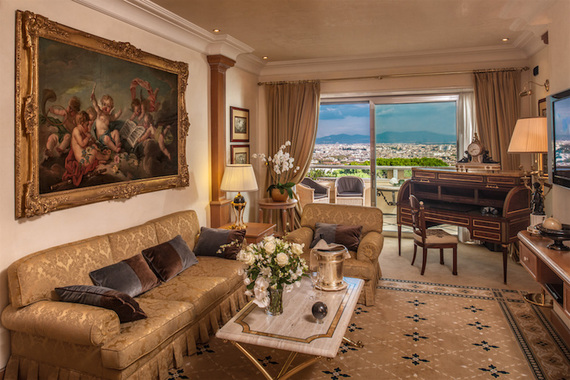 Perched high up on Monte Mario above the vast city of Rome and the Vatican, the Cavalieri was designed as a respite from the madness below. The comfort of the rooms ranges from high luxury to eye-popping elegance. All the rooms are sound proofed, each with a living area, and with all of the finest amenities; on the top two floors are the hotel's grandest Imperial Rooms, with their own separate check-in and elevator access.

More than any other hotel I know in Rome, the Cavalieri offers its own "experiences," which include afternoon tea in the Tiepolo Lounge, with its magnificent 1725 triptych by the artist. Indeed, the hotel has one of the world's finest private art collections (below) and you may arrange for a private tour. 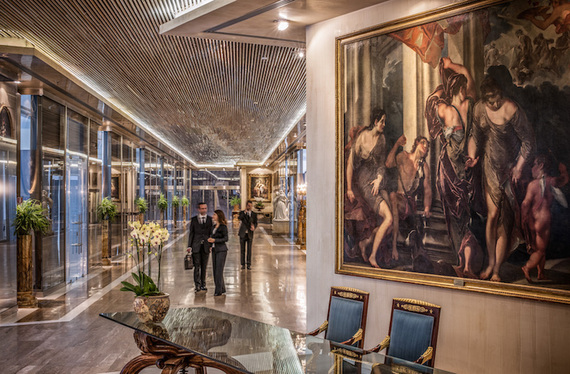 There are some fantasy offerings, including learning gladiatorial combat and the chance to rent either a Lamborghini or Maserati.

Throughout the day a complimentary hotel shuttle takes guests down to stops at the Via Veneto and the Piazza Barberini.

It is tempting, especially after jetlag, simply to spend the day at the hotel, beginning with a splendid breakfast of warm brioche and cappuccino on the terrace, lunch al fresco at L'Uliveto or the Pool Bar, and later on, dinner at one of Italy's finest restaurants, La Pergola. 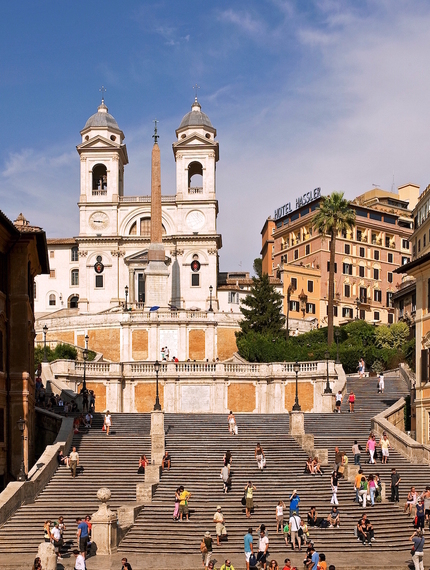 In the historic center of Rome, adjacent to the Spanish Steps, is the magnificent Hassler Hotel, one of those once-in-a-lifetime experiences that may well turn into a habit whenever you visit Rome. Once you are greeted by Roberto E. Wirth, President, General Manager and second generation owner of The Hassler, you will experience a graciousness and personal concern that marks everyone's stay here. By the time you get to the concierge desk it seems everyone in the hotel knows you by name.

The Hassler has been in the Wirth family since 1921. Just before World War II Oscar Wirth demolished the original building, and during the war it became the Rome headquarters for the U.S. Air Force, re-opening to the public in 1947.

Since then, The Hassler has remained at the top of Rome's five-star hotels by maintaining its singular traditions, both architecturally and hospitality-wise, and its consistent clientele includes just about every international movie star and head of state, dating back to John and Jacqueline Kennedy's visit to Rome in 1963. 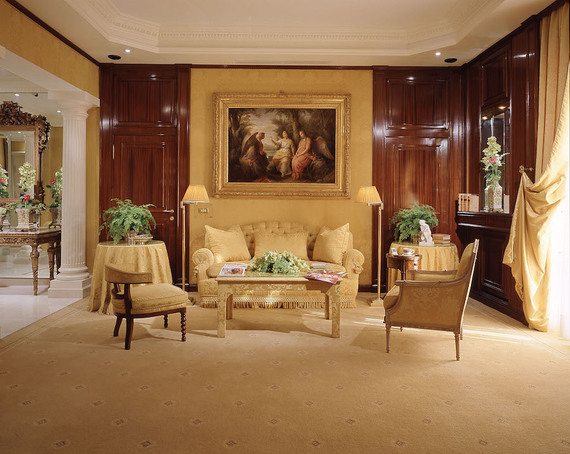 Probably no one in Rome is better connected to the international community of travel than Roberto Wirth, who in 2005 was named "Independent Hotelier of the World" by Hotels magazine. In a hotel world where owners are fickle and general managers come and go, Wirth has forged and refined his own brand of style and hospitality so that The Hassler remains unique in Rome and very rare anywhere else. Aside from the expected amenities in the rooms, there is same-day laundry service (tough to find in Rome), complimentary shoeshine service (rare now everywhere), a business center, and VIP shuttle service.

Its spectacular eminence next to the Trinità del Monti church and the Spanish Steps gives The Hassler a sense of being in the center of things--it's just steps from the Keats-Shelley Memorial, Via Condotti and Villa Borghese--while seeming separate from the swirling carousel that is Rome.

Our room in The Hassler was one of the more recently updated, with a modern, white-silver-and-black décor, a wonderfully roomy dressing area and stunning, large marble bathroom. (I recall the days when bathrooms in Rome, even at the five-star level, were cramped and uncomfortable.) 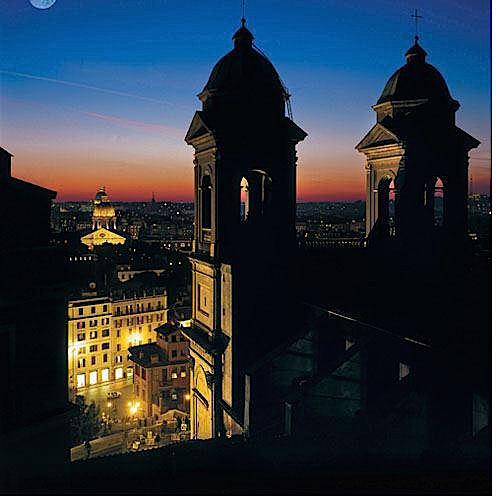 As with the Cavalieri's great restaurant, La Pergola, I will be reporting on The Hassler's marvelous Imago terrace dining room in the near future. You may also dine at the riotously colorful Salone Eva with its adjacent bar (favored by the late Princess Diana) or the outdoor Palm Court Garden Restaurant & Bar. Wherever you allow yourself to drop after a day of sightseeing, you'll feel cushioned against all the world's follies and foibles, content to drink a Martini or Negroni on a tufted banquette in view of a marble fireplace and bookcases, wondering when Signore Wirth may come by to greet his old friends and his new acquaintances, to make sure everything is being done for your comfort.

Through The Hassler's revolving doors has come the whole world, and the hotel's concierges perform more miracles than the Pope, at the request of guests who are as demanding as they are eccentric. From your room you can see the hokey grandeur of the Victor Emmanuel II monument and the splendor of the Piazza Navona, the cool greenery of the Borghese Gardens and all the glowing marble domes of Rome's churches and St. Peter's spread across the horizon.
At twilight the intense blue of Rome's sky softens into a band of pink and fiery orange punctuated by the city's steeples and spires. The lights of Rome's monuments come up to mimic the incandescence of the moon, and everyone in the streets seems in the throes of la dolce vita until the church bells toll at midnight.