For Pepper Hale, Sunday's been a long timing coming.

After a difficult childhood, battles with drug use and years spent in and out of jail, Pepper is looking forward to the first Mother's Day where she'll actually be able to celebrate being a mother.

"There's nothing worse than not being with your kid on Mother's Day," she said.

Now 39-years-old, Pepper remembers growing up in Huntington Beach with her parents. She recalls opening up the refrigerator and finding shelves of beer but no food. The first person in her family to graduate from high school, she immediately moved out on her own, steering clear of drugs and booze after seeing what it did to her parents and brother, who all later died of alcoholism.

That all changed after her car accident. She became caught in a spiral of using drugs -- and, later, selling them -- to try to provide for her first son, Cade, now 14.

"He knew if I didn't show up to pick him up from school that I was in jail," she said.

Pepper met Sam, became pregnant with now 10-month-old Mason, and was released in time to have the baby. It was then that she vowed that things were going to be different. Soon after, Pepper and Sam moved to the Orange County Rescue Mission to begin a better life together.

The Mission is a place people go once they've gotten clean and are ready to take the next step. Within their five transitional living facilities, they provide food, clothing, healthcare, counseling, job training, and more to homeless families in need. The program is designed to help individuals become independent, self-sufficient members of society again. 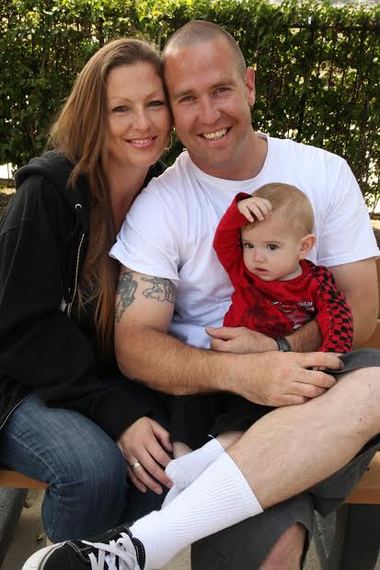 Now, Pepper works with children at the center on Sundays, volunteers in the clothing room, and helps with intake. Everyone at the Mission knows Mason as a happy kid, always laughing and smiling.

Pepper is really looking forward to her first full family portrait, Cade included, that will be taken on Sunday.

"I don't have any pictures from growing up, just one picture of my mom. I'm finally the kind of person who doesn't need to hide from a camera," she said. "Most importantly, I want to remember us all here together."

Pepper is proof that it's never to late to turn things around. She hopes to have her own place soon, along with a job that helps her create stability for the boys.

"Cade told me he was proud of me, and I can see it in his face," she said. "Now, I can be there when he calls me. I knew this was where I wanted to be. I thank God every day that I made it here."

In her own words, she says that last Mother's Day was depressing. She was on drugs and struggling to support her son, but the path she began going down was ugly. She tried to hang on to DeAndre as she bounced from place to place, but it was a horrible situation for him to be in. Towards the end, he had to go live with her parents.

Here's the twist: Her own mother had just moved out of the Mission herself after checking in three years earlier. At one point, her mother, also an addict, left for a "garage sale" and disappeared for three years. Crystal and her sister would hang on to every phone call, every word of a sighting of their mom.

"She was in and out of our lives until she came to the Mission, and then I started seeing a change in her," she said. "In sobriety, she looked healthier and happy, and I wanted that for my life."

DeAndre went to live with her as Crystal got sober, and the two reunited to move into the Mission together nine months ago. 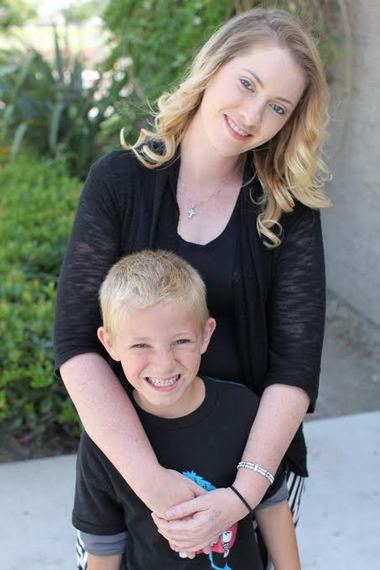 While it's not a recovery program in the sober sense, the Mission does "Celebrate Recovery" on Friday evenings, with weekly speakers and small group discussions.

By day, Crystal works at the intake office of the Mission, helping bring new people into the program. She has also nearly completed dental school, and spends her afternoons helping DeAndre with his homework and playing sports in the park.

"He's a momma's boy now. We're spending a lot of time together and I want to make myself better and be there for him," she said. "He keeps telling me how happy he is. I want to do so much more for him."

On Monday, DeAndre presented her with a gift, a special Mother's Day box he made in art class.

"He couldn't wait until Sunday to give it to me," she gushed.

On Sunday, Crystal and DeAndre plan to have dinner with Crystal's mother, making new memories that neither Crystal nor DeAndre have ever had.

"This the first year we're going to really celebrate and have something to be thankful for," she said. "We're all together, in a good place."