San Francisco is home to a huge number of film festivals throughout the year. As a result, I'm often in the fortunate position of enjoying an endless stream of wonderfully cinematic armchair adventures. Some of these are not to be found at the major film festivals but at smaller, more specifically targeted events like the Third I Film Festival (which claims to represent filmmakers and audiences from Bangladesh, Bhutan, India, Nepal, The Maldives, Pakistan, Sri Lanka, Tibet, and the South Asian Diaspora).

Two movies from the 2010 Third I Film Festival were especially impressive. One is a deliciously creepy drama that does not have a single redeeming character. Beautifully written and directed by Smita Bhide, The Blue Tower takes place in Southall, a suburban town near London with a heavy English/Indian Hindu population. 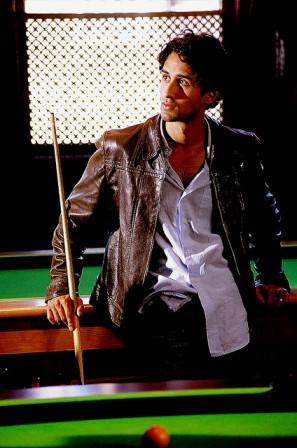 Two towers -- one red and one blue -- seem to conspire to drive the protagonist to distraction as his life begins to crumble. The Blue Tower focuses on the following unfortunate souls: 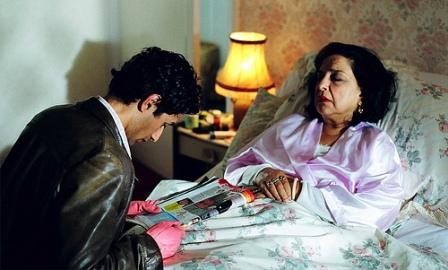 "The Blue Tower is a different kind of British Asian film. It's not about arranged marriages or culture clash or suicide bombers or racism. In it, a young Asian guy falls in love with a white girl, but this isn't a Romeo and Juliet story. Believing he can escape the trap of his small-town life and loveless marriage, he unwittingly walks into an even bigger one involving deceit, theft, and eventually murder.

I wanted to make a contemporary B-movie with a nod to films like The Honeymoon Killers or The Postman Always Rings Twice. But I also wanted to get beyond a purely genre-influenced narrative to explore some bigger themes (the power of the family within Indian immigrant culture) and also explore the question of how much someone's good or bad luck can be determined by their character. Or does their luck affect the kind of person they become? Is Mohan doomed to be a victim because of his very nature? Can he only escape his fate by embracing it?

It is crucial that we guard against the temptation to see every British Asian as being somehow representative of a community as a whole -- or as only existing to provide a window for a white audience to see into an exotic world. The difference in The Blue Tower is that -- for once -- a brown-faced character is portrayed on the screen as a universal Everyman figure and not forever marginalized as an 'ethnic' with special-issue problems. His struggles are a metaphor for what we all face in our attempts to determine our own fate."

As a writer and director, Bidhe has achieved a remarkable success in crafting a film that draws the viewer into a horrible domestic situation, breaks down any resistance, and tells her story in lurid, graphic, and uncompromising detail. Sandy Nuttgens and Mike Scott have provided a superb musical score that heightens the suspense.

Villainy is everywhere. No one wins. Here's the trailer:

Like many middle class women in Dhaka, Ruba (Nusrat Imroz Tisha) is a modern and educated young female. Although she has lived with Munna (Mosharraf Karim) and is in love with him, she has chosen not to go through with a traditional wedding. The result is that, when Munna (who works for an NGO) is arrested and thrown in prison, she is at the mercy of an older, more conservative generation.

Like the United States, Ruba is bogged down fighting two wars. In her battle to remain free in a conservative Muslim society, she must deal with constant refusals to rent an apartment to a single woman (not to mention the Muslims who won't even allow her to visit her mother's grave). Internally, she is battling the 13-year-old and six-year-old incarnations of herself who don't like -- or can't understand -- what Ruba is doing with her life. 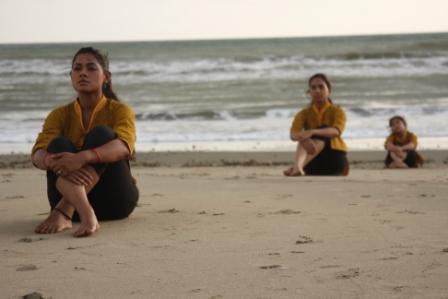 Written and directed by Mostofa Sarwar Farooki (and based on a novel by Manzoorul Islam) Third Person Singular Number follows an emotionally strained path to a surprisingly modern ending. In the past, Farooki's films have addressed such themes as middle class angst, romance among urban youth, the deception, hypocrisy, and frailty of the individual, and frustrations about his own culture and conservative Muslim concepts of guilt and redemption. In his director's statement, he writes:

"Do our society and religion allow a middle class, single woman to live alone?

What do we really mean when we say 'men and women are equal'?

Do we actually live in present time only?

Or does our past also live with us, walk hand in hand?

Can we ever be alone amidst the eloquence of our past?

Or can we ever be together amidst the engulfing solitude of caged soul?

These five questions chased me to the making of Third Person Singular Number. I tried to attempt the film from a humane point of view. I opened the film with the single woman out on the street, all alone at night. I could have opened the film in hundreds of ways. But I opened it like that just to see whether our streets and nights are safe for a single woman. This reflects a major motivation behind making this film. The motivation is that I tried to scale the sanity (or insanity) of my society and religion and see how they respond when it comes to handling women's issues." 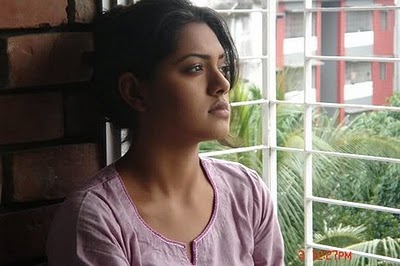 Third Person Singular Number benefits from some beautiful cinematography by Subrata Das Ripon and an original musical score by Rezaul K. Leemon. After Ruba tires of her family, trying to find an apartment, trying to find work, and struggling to cope with having a husband in jail, she is rescued by a close childhood friend who has become a popular music star.

As the most modern person in the film, Tupo (Rashed Uddin Ahmed Topu) is more than willing to share his wealth with Ruba. When he is not in the recording studio (or busy chatting with girls on Facebook who would love to date him), his generosity and patience are quietly overpowering.

Tupo's gentle nature, life-long devotion to Ruba, and unending kindness offer a sharp contrast to the repressed, conservative old Muslim (Abul Hayat) who refuses to a rent an apartment to Ruba but still wants to have her around as a mistress. When Ruba keeps threatening to call the man's wife, he doesn't know how to deal with such a modern woman.