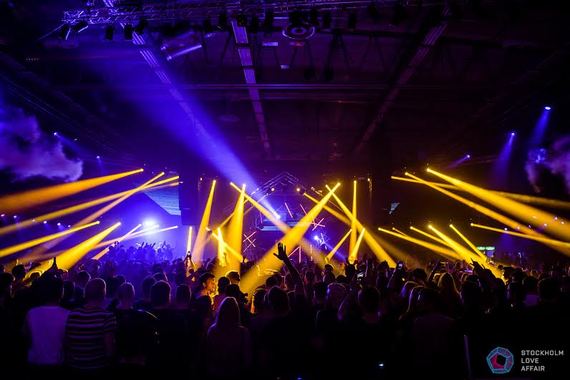 By 7:30 pm last Friday, the crowd was dancing hard inside of the Annexet venue at Globen Arena. With hands up and without inhibition, this was an early nod (at least party wise) to the success of the first Stockholm Love Affair. As the underground sound continues to lure a traditionally mainstream clientele in Stockholm, it is refreshing that each new event in this city of less than one million people, holds new surprises. Many commented that the festival far surpassed any expectations.

And though the line up featured many well known names playing rather average sets, there were more than a few standouts, including Joris Voorn, Maceo Plex, Pleasurekraft, and Mind Against. 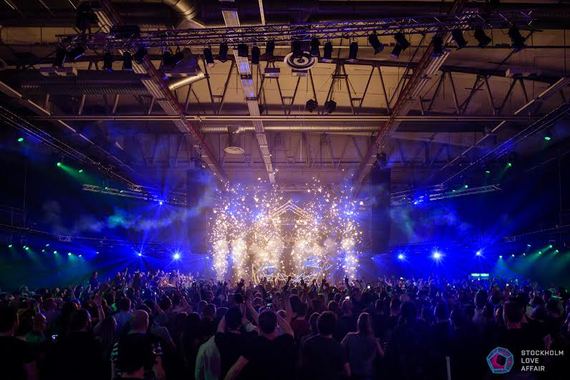 The DJ booth on Stage One (the main stage) was encased inside of a bird's nest, lit in neon fuchsia and sky blue. Kölsch played early here on Friday, pushing the energy of the room forward, layering approachable melodies over driving muted bass lines. Following Kölsch's tech house set, the room received quite a treat from Joris Voorn. The seasoned Dutchman played a strong, vocal and house leaning set, ending with Drop the Pressure by Mylo.

An electric set from Maceo Plex followed, with the last 45 minutes being one of the more memorable moments of the weekend. Though his set started with an impressive light display, it didn't fit with the darker sound that he was crafting from behind the decks. Halfway through, the lights were turned off, creating a warehouse vibe that allowed the crowd to truly let go and lose themselves. 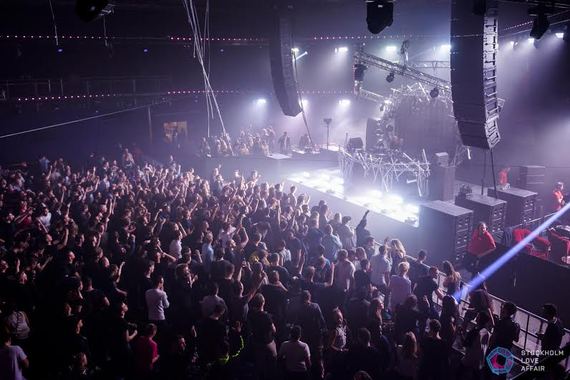 Meanwhile at Stage Two (a smaller box style room), Pleasurekraft helped to create a dynamic atmosphere. The smaller rooms are usually able to capture the strongest vibe, but having speakers only in the front (instead of creating a 360 degree sound experience) didn't allow for this. This hurt many sets in this room, but during Pleasurekraft, the crowd was hot and sweaty, cheering with appreciation for his attention to detail. 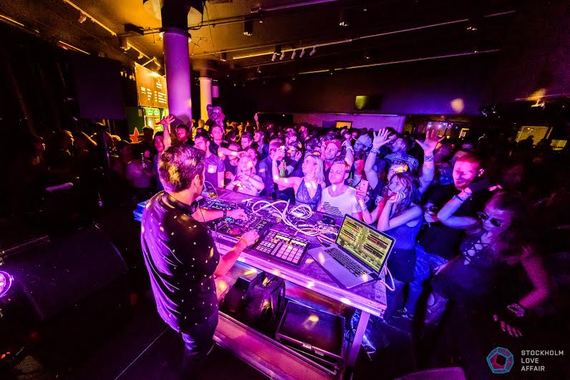 On Saturday, as people lined up outside to see Mariah Carey in Globen, local Stockholm DJ, P.A.U., played a seductive house set to warm up Stage One. Though the room was nowhere near full, P.A.U. sang along and dropped a nice selection of dance favorites, including remixes of Satisfy by Cajmere and an edit of Moloko's Sing it Back. Believe in Me by Peter Rauhofer served as the transition into a b2b (back to back) set by Jamie Jones and Dubfire. A highlight of their set was the Tapesh and Kevin Over track Sneak.

And at around 9:30 Mind Against took the stage, beginning with a trance like intro that lead to a Berlin influenced techno set with just the right amount of bounce. As linear laser lights oscillated color and the bass swelled deeper and deeper, they owned both the space and the crowd. Their track selection was top notch, including the recently released Last Love by The Junkies.

Stockholm is continuing to grow as a real contender for quality electronic music experiences. And though there is room for improvement, open-minded crowds, unique venues, and strong line ups continue to make each new event special. 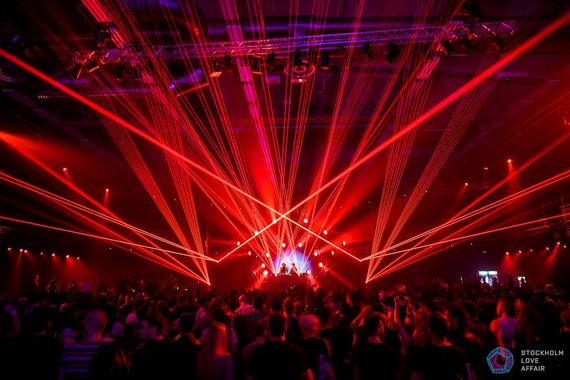