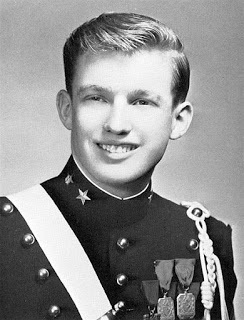 Elon Musk, the billionaire known for PayPal, Tesla and most recently SpaceX hopes to provide service to Mars by 2024 ("Elon Musk's Plan: Get Human's to Mars and Beyond," NYT, 9/27/16).There are two reasons to flee for Mars. The first is, of course, Donald Trump. It's not just that he might get elected. It's that you're living on a planet where this could happen. He is one of a long line of illustrious demagogues (Hitler, Mussolini, Idi Amin, Vladimir Putin, Kim Jong-un) who have made the earth what is today, a sputtering anachronism that's going to drown in its own hot air. Who wants to live in a place where you're surrounded by "deplorables?" The second reason to flee for Mars is the millennials. George Romero should make Night of the Living Millennials in which a race of zombies with lifeless eyes speak a modern version of Orwell's Newspeak, campus agitators posing as victims who have been triggered by the slang word for the female genitalia that begins with c, ends with t and contain the letters u and n. "Will the Left Survive the Millennials" (NYT, 9/23/16) was the title of a recent Op-Ed piece by Lionel Shriver in which she asks the following question: "How did the left in the West come to embrace restriction, censorship and the imposition of an orthodoxy at least as tyrannical as the anti-Communist, pro-Christian conformism I grew up with?" The only problem is that the grass is always greener. Science fiction is rife with depictions of invasions of earth by invidious Martian attackers. There is no guarantee that the red planet will be a blue state.