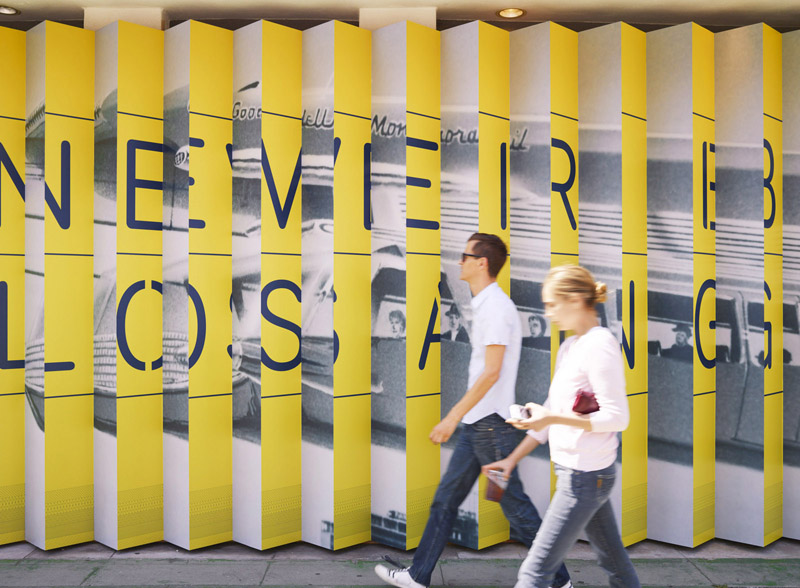 Here in Los Angeles we have a complicated relationship with architecture and two con-current museum exhibitions demonstrate this in ironic and puzzling ways. This came into clear relief when, on Saturday, August 3, 2013, something amazing and unprecedented happened: architecture was on the front page of a major US newspaper, the Los Angeles Times.

This, it must be said, is a very unusual thing for architecture. Moreover, it was not the type of architecture you might expect to grab the spotlight. It was the un-built original plan for Los Angeles International Airport by Pereira and Luckman, c. 1952. If you've been to LAX you've seen their Theme Building. They also did the plan for LAX that was finally accepted -- the less visionary, less ambitious plan. This was being re-presented to the world in the context of "Never Built" a show about the unrealized architectural dreams of Los Angeles currently showing at the A+D Museum.

A few weeks prior, the Museum of Contemporary Art's "A New Sculpturalism" opened to barely a murmur. It seems all the energy of the show was taken up by the supposed "controversies" that led up to opening the doors -- two months late, by the way. Once open, however, all that should be forgotten and forgiven, shouldn't it? Just when "Sculpturalism" could potentially start to take flight, the cabin depressurizes.

This may in part have a lot to do with timing. "Sculpturalism" was one of the last in a series of architecture-themed exhibitions as part of the Getty's Pacific Standard Time Presents initiative. By that time, Los Angeles may have been suffering from a case of architecture exhibition fatigue.

Moreover, "Never Built" stands out because it looks at architecture and its status in the city from the perspective of failed or abandoned plans.

Perhaps people are more intrigued with failure and lost opportunities, than the confidence and success embodied by the "Scupturalism" work.

Despite obvious differences both shows have a lot in common and are, in fact, a perfect pair for explaining one another.

"Never Built," while it features lost and unrealized architectural ambitions, is really about Los Angeles as a city and its struggles with its status as a city of the future. It has always been good at incubating the new but has had issues with actually implementing it. As Los Angeles Times Architecture Critic Christopher Hawthorne noted, "What emerges is a nuanced portrait of this city's tendency to flirt with and then give up on major civic initiatives."

"Sculpturalism" is precisely about those incubation energies and the architecture that comes out of Los Angeles -- but doesn't necessarily get built here. Yet, as distinct from "Never Built," much of the generative architectural force expressed in "Sculpturalism" is actually getting built, even if not right at home. 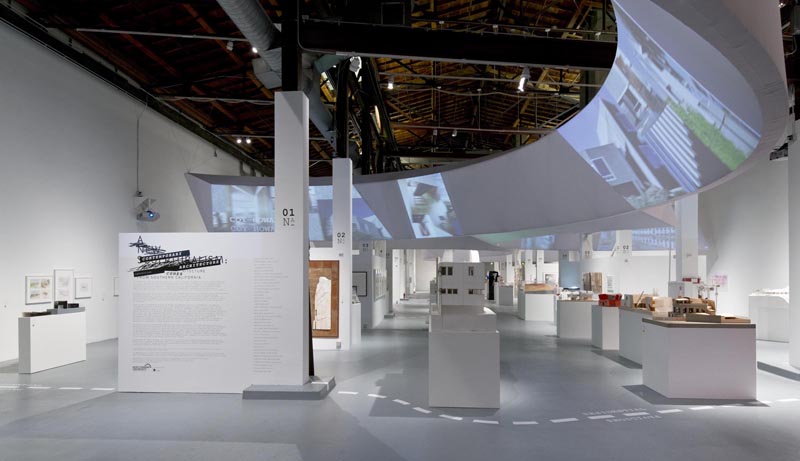 Well, as it turns out, much to everyone's surprise, this can go both ways. Redefinition can be as much a drive to reflect on what could have been as much as a force to alter the city in the present-future.

Does Los Angeles, the city of the future (or at least it used to seem like it was), like its past future better than its present future? It would seem so. The past future, after all, is the easy one. Emotional, yes, but easy because it doesn't need to be executed. It merely has to be put on display to move the imagination of the city by reminding it of what it could have been.

Whereas across town at "Sculpturalism" everything is along some spectrum of already built, getting built (or maybe getting built). The catch, though, is that the focus, the innovation and creativity of present-day architects working at the top of their craft, has not yet managed to strike a nerve in popular culture the way the nostalgic wanderlust of "Never Built" has.

This may have something to do with a collective desire for Los Angeles to be better than it presently is.

But there are lots of things going on in Los Angeles: there are all the transit projects, the LA River, the Cornfield Arroyo Seco plans, the Arts District, the revitalization of the downtown core and the Union Station master plan, to name a few. At the architectural scale there is the Broad Museum by Diller Scofidio + Renfro well underway, a new courthouse is in the works, a new LA County Museum of Art by Peter Zumptor. It's not quite looking like the skyline of Beijing with its forest of construction cranes but there is more going on now than there has been in the last twenty years.

The trick is how to get more Los Angeles architects doing work in Los Angeles. But as "Never Built" demonstrates, this is no easy thing.

(This article previously appeared on ArchDaily.com as part of the author's column, The Indicator).