We live in an age of endless information, an age where knowledge can be preserved and accessed as never before. But with major global languages dominating the internet, smaller languages may be left out, or even pushed down a pathway towards extinction.

Indigenous communities such as the Yokoim and Panim peoples of Papua New Guinea (PNG), though they have little or no internet access, are eager to cross the digital divide and engage a global audience by sharing their languages on the world wide web. 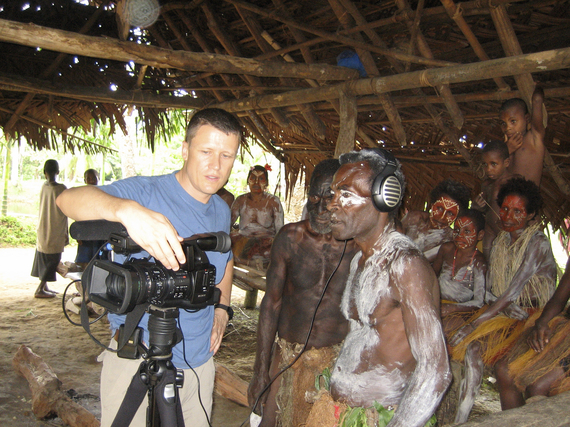 Yokoim is spoken by under 2,000 people in three small villages in the Karawari River basin of Papua New Guinea. Locals travel only by dugout canoe, while outsiders fly in by small planes that land on a dirt airstrip cleared out in the jungle. Though most children in the Yokoim community prefer to speak Tok Pisin, the national language, a proud speaker named Luis Kolisi composes and sings original songs in the language. Video recordings of Luis' songs provide a way for his unwritten language to be shared on the internet.

Nick Waikai, headman of Manjamai village, told our research team about a mythical hero named Waka who brought survival skills to his people. As the tale goes, Waka was captured by river spirits and taken to live underwater for a month. The netherworld spirits schooled Waka in skills such as canoe making, hunting, and bow and arrow making. When Waka emerged from underwater into the world of the living, he taught his Yokoim people those skills. Now the Yokoim are seeking a new set of skills for the digital age.

Panim is spoken by under 400 people in a single village (also called Panim) near the northeast coast of Papua New Guinea, and is highly endangered. When linguists Greg Anderson and David Harrison visited the village on a Saturday in August 2009, almost the entire village population was busy attending Seventh Day Adventist church services. One man, Lihot Wagadu, who was not at church sat down with the linguists and shared some of his language.

The new Talking Dictionaries, hosted at Swarthmore College, contain the first available recordings of Yokoim and Panim. As both are unwritten languages, the dictionaries use the International Phonetic Alphabet, a system used by linguists to represent the sounds of any language.

It is a true milestone as Yokoim and Panim cross the digital divide and establish a very first internet presence. That these tongues, likely never before heard outside of remote villages in Papua New Guinea, can now reach a global audience, shows a positive value of globalization. By learning about such far-flung and remote cultures, and the ideas, songs, and experiences they choose to share with us, we may learn to value them and perhaps contribute to their survival. 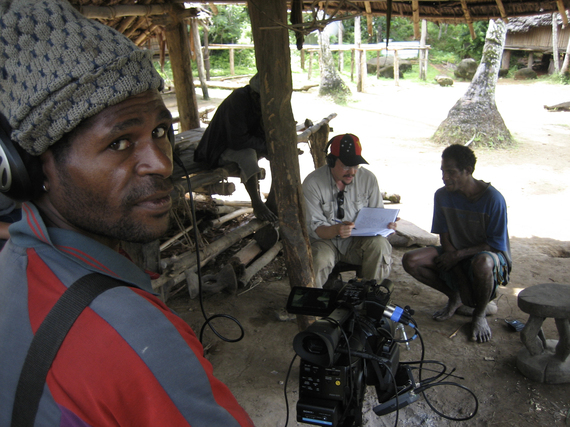 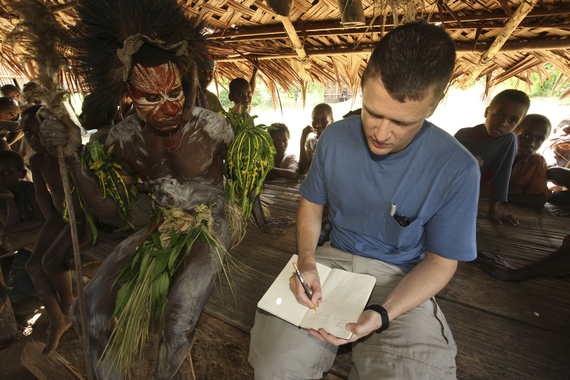 Some words from Panim and Yokoim: