If you are thinking about making the switch to organic food, eggs and milk are a good place to start, for two fairly simple reasons.

1) Organic Cows and Chickens Eat Grass
If you eat your vegetables, you have more nutrients in your body. The same goes for cows and chickens that are fed grass. 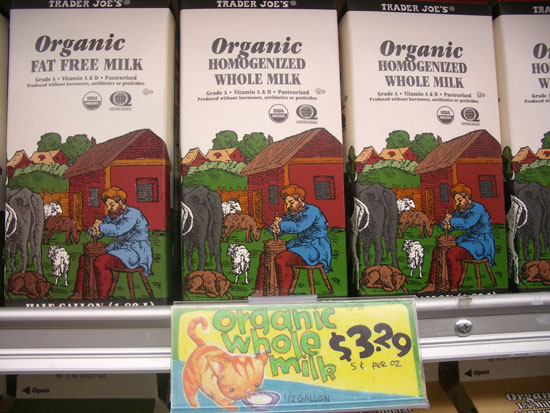 On Organic Milk
Despite the nay-saying from the National Dairy Council, several studies suggest there is an unquestionable nutritional difference between organic and regular milk. The most recent, released by Newcastle University in the U.K., states organic milk has: 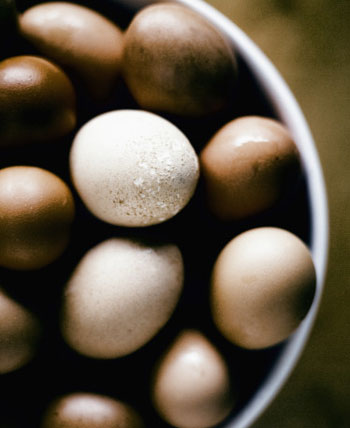 The Penn State study also suggests that the kind of grass is a significant factor. Pastured chickens feeding on mixtures dominated by clover and alfalfa produced 18 percent more omega-3 fat than those that ate grass alone. Also check out Also this organic egg report from Mother Earth News and the Poultry Site's definition of healthy eggs. 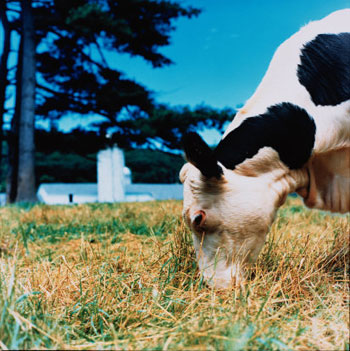 You don't need science for the second reason: taste! Raised in an area that still had fresh delivered milk from grass-fed Jersey cows, I was a bit spoiled in the milk department. At a young age, I refused to drink "store-bought milk," and still find organic milk to taste richer and creamier, without the metallic aftertaste that seems to linger in some grocery store brands.

The Cleaner Plate Club has a detailed taste test, with photos, on organic and conventional scrambled eggs. The author finds that organic eggs are richer in color and flavor, and perhaps even more satisfying, deterring over-eating.

Conduct your own taste test and comment on the results below.

More from the Huffington Post
::Organic Pantry: Easy Tips For Stocking Your Shelves
::How to Get Your Kids to Love and Appreciate Your Efforts to Feed Them

More From TreeHugger on Organic and Free Range Chickens
::Cage-Free Is All The Rage
::How to Green Your Meals
::Another Kind of Chicken Coop