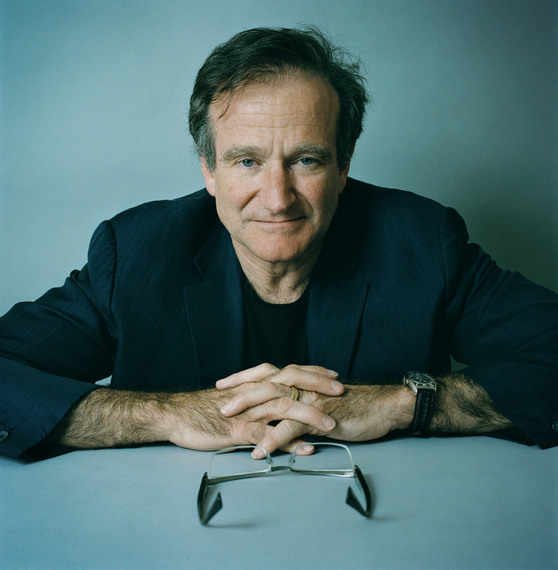 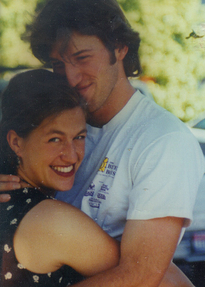 With Robin Williams' shocking and devastating suicide, it brought up in me (as I am sure in many others) a great deal of feelings -- things yet unresolved, ghosts of the past, visions of a different way of carrying out our lives and a grief -- insurmountable it seems -- at how isolated this American culture is, and how we continue to stigmatize and play Barbie (e.g., treat something superficially) regarding the sincere health crisis of mental illness.

I have had relationships with two men with the surname of Williams who completed suicide -- one, my fiancé. The other, someone I never met, but for whom I felt the most sincere love and appreciation for the gut laughter he brought up in me, and billions, time and again over decades. The former, Michael D. Williams (1973-1997) and the latter, of course, you know.

When I was born, in the days following, I recently learned that my own mother attempted on her own life.

In the aftermath of such loss, I too for a brief time understood the sorrow that seems to have no end and felt rebuke for such a world that would cast out people who share so much light with such animosity and flippancy.

Perhaps the root of what we are all asking right now starts with: "Why?" Why would someone so beloved, so kind, someone so talented and so able to lift us up and be there, truly, whether Michael or Robin -- not famous or world famous -- both influential in their circles at an exceptional level -- why would it end this way? Why would there be such a hole, where to the outside world there is such beauty?

Someone said to me a long time ago, in the wake of Michael's death, "You can't ask why. The would ofs, the should ofs, the could ofs will make you crazy. You have to let them go." To that I felt both a sense of wisdom and one of impossibility. It was not in my nature to simply toss off why suicide would be a viable option -- and such a drastic, unexpected, utterly devastating one for all those left behind.

But the fact is that we don't legitimately evaluate depression and mental illness, nor do we form a true support system for those who are experiencing it. In fact, at least 20 percent of our prison population is mentally ill. Prisons have become de facto asylums. Seventy percent of youth in juvenile justice systems have at least one mental health condition and again, at least 20 percent live with a severe mental illness.

To be not OK became very much not OK a long time ago, in the massive drive for progress and profit, for caffeine-driven success stories, for a society that has literally itself gone mad in its rush for success and in its blind progress that is plowing over our sacred Earth.

Until we begin to give full respect to brain disorders as legitimate illnesses we will continue to be left in the wake of these tremendous losses. And even then, our neurochemistry -- our very brains -- are perhaps the last frontier we've yet to fully understand. Our medical science has made great progress, and yet we stand deluded in the face of mental illnesses and treat them, dumb them down, and cast out those who display symptoms that we can't frame with our neat and tidy little DSM manuals.

And we pretend that everything is hunky dory. That we are this land of the free. That even though we live in isolated single family units and drive -- singly -- our little cars to work five days a week and back, and only rarely have free time to explore nature agenda-less, without a hungry-ghost need to buy, buy, buy, that it's all progressing where we think it should. But it's not. Simply it's not. Are we kidding ourselves in thinking that our lives could not be more than what this U.S. corporation tells us? Do we really think that this is the best it is going to get? Why is it surprising that we have this strange irony of putting people -- people just like ourselves, same needs, same wants, same hopes -- up on pedestals, and then cringe when they fall?

How odd the nuance and paradox at play here in the American culture, and how devastating.

The Michael and Robin Williams I knew were sincere men. My mother was trying to kick her own fears and escape the past darkness laid upon her. Michael and Robin had a recipe not uncommon for those with creative genius, with authentic kindness -- a sensitivity and a brilliance far surpassing what may be called typical. A magnetism that drew people in. An ability to shine light in lives and to make true connections. A fearlessness that signaled a faith in something greater than this reality. And yet, a dense and dark viscosity that was not helped by a fateful combination unique to each of them: neurochemistry, circumstance, culture, and soul, to name a few. For one, addiction was the cross to bear. For the other, a fear of repeating a perceived burden of depression on his family.

For both, an extraordinary life contributing, in the hours we contemplate what truly matters, to the light, affirming life, providing hope and faith's augmentation, even in the dire darkness.

With this sadness I pray that we as a humanity look beyond our limited thinking, just as Einstein, just as Tesla, just as Copernicus, to the aspects of human experience that underlie such pain -- to the very real brain illnesses that make people do things they normally wouldn't do -- to the contrasts we sit back aghast at and wonder -- how could such light go down in such darkness. And then treat them and hold them with utmost respect and understanding.

Let us look as well at the cycles of intergenerational wounding and violence -- some of it subtle, some of it not so, and how it informs our current generations. Let us also look from the lens that Indigenous cultures regard as old hat -- that we are a significant but also small part of a much greater story: one that extends beyond this reality -- one that is informed by experiences that our ancestors and relatives had long ago, and that healing and freedom can be non-linear, and expand beyond death's doors. We can collectively address our own tendencies as humans to need dichotomy, separation, us/them, punishments and shame, in order for our learning to occur.

Viktor Frankl said, "What is to give light must endure burning."

I believe we are progressing towards a place where, full circle, we are remembering who we are in the story -- both as a collective and as individuals. But when there is suffering, and great loss, and our hands are tied, we stand at the precipice along with those we've lost.

And for that burning and that solitary confinement that these two Williams endured, although it was ultimately that they both were to leave of their own hand, it is the immensity of their love, their contributions to this world, that make them unforgettable across eternity.

I believe it would be both their wishes, and you can call me a blaspheme, that we learn something -- sooner than later -- from their lives, from the millions upon millions of lives that are the extraordinary, unfathomable paradoxes in our hearts -- not here any longer, but so much here forevermore. The echoes of their lives call forth to make our "lives extraordinary," and use losses like these for the catalyst that sparks an entirely new respect, and treatment, of depression, of the mentally ill, and of life as we know it in this American culture.