Pakistanis across the globe are celebrating 14th of August, their national independence day in full swing by locals showing their love through decorating homes with giant flags on the roof tops and participating in patriotic ceremonies, all social and public media broadcasting national songs while those who live abroad are engaging in programs, parades and concerts that remind them of the love and passion they have for their beloved Pakistan. From the streets of Pakistan to the trending topics and newsfeed from facebook and twitter, the proud green flag with a crescent and star majestically billows, all for just one purpose: never-ending hope for a bright future in Pakistan.

While Pakistan’s freedom and independence must be celebrated with full spirit and gratitude, we must be practical and not turn a blind eye toward battles and struggles our people are facing. Four days ago, Pakistan was in the news for the deadly attack on lawyers in Quetta which swiped away a bright generation of rising lawyers, a month ago for Qandeel Baloch’s murder, almost two months ago for brutal assassination for Pakistan’s beloved Qawwal  Amjad Sabri, seven months ago for APS Peshawar tragedy which resulted in 145 lives lost, and the list goes on and on dating back to 1947, the year Pakistan gained independence.

Let’s zoom down into an average Pakistani’s daily life. The poor and lower middle class Pakistanis are living on a hand-to-mouth income and drowning in loans. The government has privatized majority of the fundamental institutions and corporations leaving no federal infrastructure in place. The ones that are run under them have no system of checks and balances. People are continuously struggling to gain stable means of income, food, clean water, electricity, education and daily life while the elected officials are too busy establishing their personal wealth, factories, and off-shore assets.

Pakistan has been facing adversity from every aspect since its birth because of one root cause. Corruption. Usually the idea of corruption in a country refers to the government not being transparent and transferring the state’s wealth into their personal bank accounts. In Pakistan’s case, corruption is not limited to just the government. When a country starts getting corrupt, it starts with good people being fooled into electing a corrupt leader and establishment but when it advances into the system, it gradually leads down to people being corrupt. It starts with the law enforcement accepting bribes and hiring affiliates instead of merits into government departments. The government lets mafia and criminals strengthen so the common people can’t rise from their personal daily problems to raise a voice and point fingers on the government’s corruption. From there on, it’s a trip down the hill into the gutter.

When the average person walking down the road throws trash in the streets, ignores a child being kidnapped, walks away from snatchers killing citizens, gets education and jobs through personal references, pays bribery to get documents in place or steals electricity that’s when you know corruption has been infiltrated from the top tier of government to the bottom tier of citizens. The citizens don’t make this choice due to desire, they all want to be good Samaritans deep down in their hearts but the ruling establishment forces them to be corrupt and leave them no option.

Currently, Pakistan is waiting on a savior who will rise as a hero and save the entire country from every threat and problem. People are looking up to political individuals who are too busy touring around the world and enjoying luxuries on the cost of poor civilians and that’s why the situation keeps getting worse. While corruption is initiated and transferred from the government to the citizens, its eradication pathway  starts from the common street people working their way up to the government. And if elected officials don’t live up to the standards then they must be not be let lose for example, post-Panama leaks, the people from Iceland came out to streets and kept protesting until their prime minister resigned who was mentioned to have investments in offshore companies.

So how do we get our Pakistan free from the corrupt establishment? The answer lies in the hearts and actions of those who are suffering the most in Pakistan. The common people. Pakistanis must come together and follow the code of ethics in their personal and professional lives and stop injustice around them, on both domestic and international levels. They must treat everyone fairly on a personal basis, question authorities and run trials on their inefficient performance regarding national tragedies and financial discrepancies, bring all minorities together, report criminals and support those being oppressed without discriminating on religious or provincial affiliation. The change must be initiated and implemented by civilians, otherwise the problems will remain and intensify even if Justin Trudeau was to lead Pakistan.

No specific individual or political party can solely be held accountable for Pakistan’s turmoil, we are all responsible for the damage done, and every Pakistani must play their part to defeat corruption and put Pakistan back on a prosperous track.

Two-Word Solution For A Perfect Pakistan: End Corruption
Summertime Fun Around The World 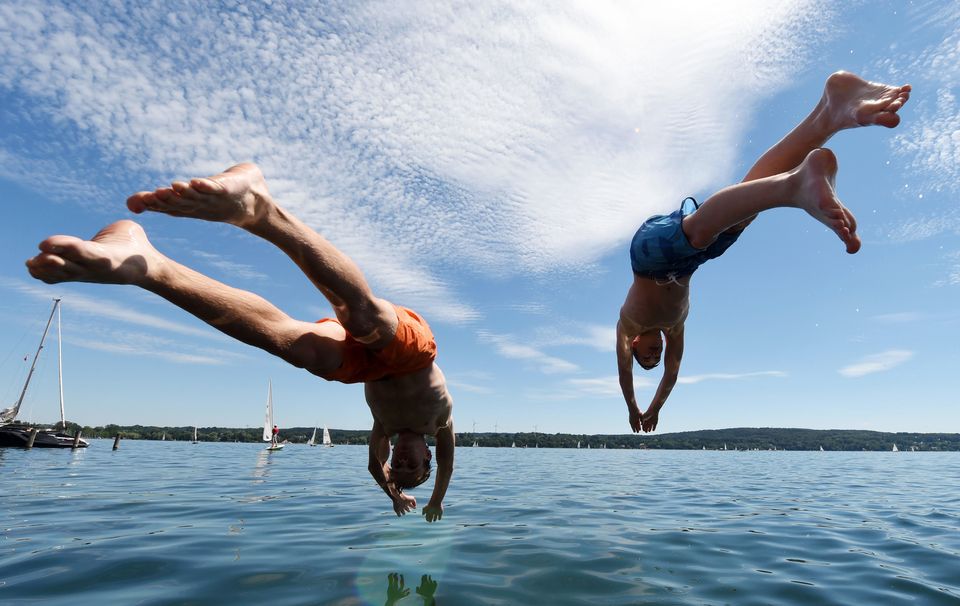