Three years since appearing in the comedy television series, “Everybody Hates Chris,” Tyler James Williams has decided to showcase his musical talents as Cyrus DeBarge in the new Disney Channel original movie, “Let It Shine.” Starring Coco Jones, Trevor Jackson and Brandon Mychal Smith, the musical television film centers around James’ character who is a talented musician dealing with various transitional moments in his life and in the process overcoming his insecurities to pursue his dreams.

During a recent interview with the Huffington Post, the 19-year-old New York-bred native opened on the role in addition to his thoughts on pursuing a music career and the idea of working with Chris Rock again.

What can fans expect from your character Cyrus DeBarge?

He’s a great and talented musician, but has never been necessarily told so. And he’s writing all of this music and he’s kind of insecure about it in a way. So he writes this song for this girl that he loved since kindergarten. And his best friend ends up getting the credit for it. So that's when he kind of decides to fall back and lean into the insecurity. But eventually, he has to stand up for what he’s done and what he believes in.

As far as preparing for the role, how did you manage to sharpen your lyrical skills?

That was more of a variable to the character. Essentially, it’s about the emotional journey and what they’re going through. And if that’s well understood, then the music will come out authentically and organically. So that was pretty much the goal, just making sure that was understood.

Have you ever penned a song for a girl that you had a crush on?

Yeah, actually I have done that before [Laughs]. I’ve been writing music ever since I was about 13, so I definitely pulled that [Laughs]. I think some of the best songs are written in love and then out of love. That’s the best time to put something together.

Would you consider music to be one of your hidden talents?

Not too many people really knew. I did it, not necessarily as a career, but as something that would keep me creative and going. So I necessarily didn’t have to show it to the world, I was just happy doing it at home. Now is the first time that the world is kind of seeing it. It may end up going back in hiding or it may continue.

What are your thoughts on pursuing music full-time?

Life for me, acting wise, is really busy right now. So I wouldn’t really want to interrupt essentially to my core. I am an actor, and although I love music, and at times can’t live without it, I eat, sleep, breath, sweat, and bleed acting. So something to kind of take me away from that, being music as much as I love it, I don’t know how long I could sustain myself.

What was the process like recording the actual songs in the studio? Did you face any challenges?

It was really interesting, because there were a few obstacles that we had to tackle. One was my original recordings. A note had came back saying that my voice was a little deep and almost intimidating. So there are several songs that you’ll hear me almost pushing my voice a bit higher for the vocals. And then the second was when we had to record essentially a whole album in two weeks in preparation for the movie. It was a bit difficult getting that all together. I lost my voice a few times, but I think altogether we’re very proud of it.

Would you consider this your first major role since “Everybody Hates Chris”?

I think some would say that, I don’t believe that. Some would say, “Oh, you came back.” I did some roles in between that I thought were huge. Even just guest starring roles, that for me were a huge challenge and I thought was really big. So for some they can say that, although I don’t necessarily agree.

Looking towards the future, do you have any plans to work with Chris Rock again?

"Let It Shine" premieres on June 15th at 8PM ET/PT on the Disney Channel. 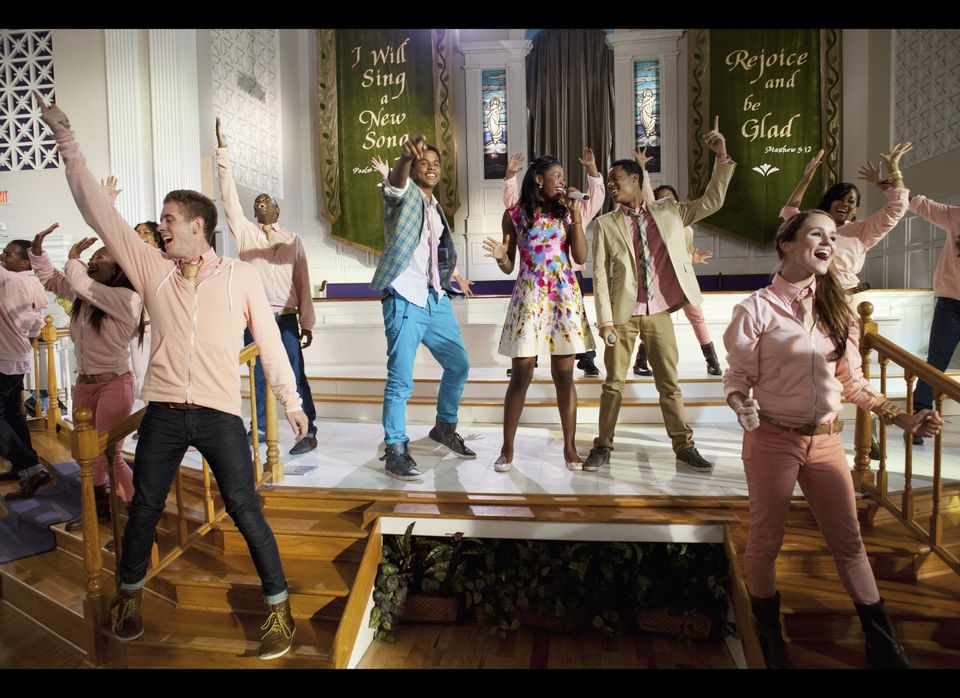