As the micro-blogging site/real-time news service/social media echo chamber prepares for its long-awaited IPO, it seems a fitting time to look at the composition of the more than 200 million users of the service. According to the "how long on Twitter" tool from Twopcharts, I've been using Twitter for longer than 99.8 percent of all users and I think my history with the platform follows the path of many others through the stages of: "I'm on so now what?" to "Hey, look at me I'm tweeting... but nobody seems to pay attention" to "I think I finally get it" to "I'm spending way too much on Twitter." As I've traveled this path I have seen most of what Twitter has to offer and I think the following is a fair (albeit somewhat tongue in cheek) depiction of the Twitter user base today.

1. Egg - We all came into the Twitterverse as eggs. Sadly, many of those eggs never hatch. 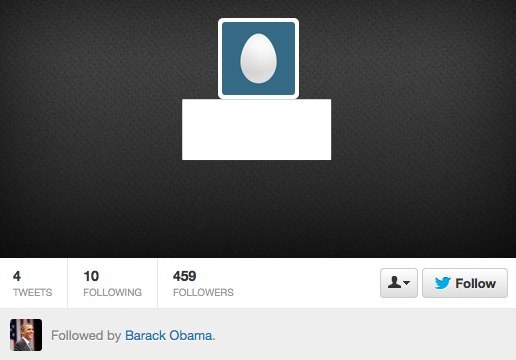 A study from Beevolve indicates that a quarter of Twitter users have never tweeted. Some Eggs send out a few initial tweets and then go dark when nobody responds. But I have to give it up to the egg who manages to get the President of the United States to follow them. How one accomplishes this is a mystery of the Twitterverse I may never figure out.

2. Lurker - Twitter itself previously shared that 40 percent of users that logged in during a given month had not tweeted in the past month. There is overlap between Lurkers and Eggs but these two categories together likely represent more than half of the Twitter user base. So what are all the active users who do not tweet up to? Some are consuming news through their Twitter feed and using Twitter as a way to stay informed on trending topics. Others are just keeping tabs on Justin Bieber. He's not still a trending topic is he? 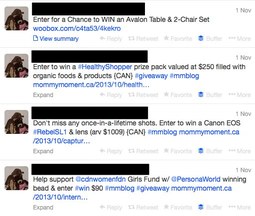 3. Contester - Some users emerge from the Lurker shadow to become prolific tweeters... with the sole purpose of entering promotions or claiming coupons. Having previously run a social promotions business, this is a group I am quite familiar with. If more than 50 percent of your Tweets are contest entries I'm talking about you. There is nothing wrong with free stuff, but since you are on Twitter already I encourage you to take the next step.

4. Retweeter - If you want to tweet but aren't sure what to say then the easiest thing to do is retweet someone else. So long as you are sharing good content then RT away, but why not let a little of your own personality shine through? I know it's a bit daunting at first, but if you are feeling insecure about the content of your tweets you can use the free service from Tweetoptix to review your tweets before you send them.

5. Bot - In Twitter's IPO prospectus they state that less than 5 percent of accounts are spam or fake accounts. If, however, you include other automated Twitterbots that are tweeting content (aside from link bait) the number of non-human Twitter accounts is likely much higher. 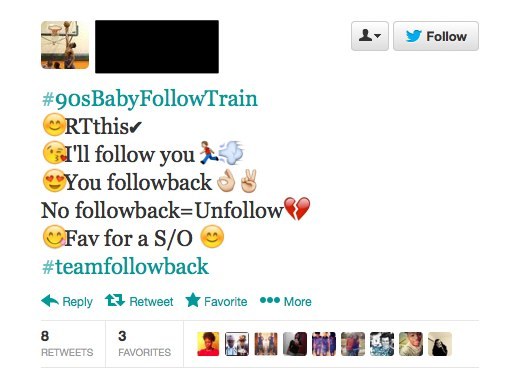 6. #TeamFollowBack - I can't even venture a guess as to what percent of Twitter users this encompasses, but it's way too many. Sometimes it is difficult to tell the difference between these real people and bots. But evidently if you want to collect followers as a status symbol without ever sharing anything worthwhile then this is the team to join. If you haven't come across this user segment yet just have a look at the image to the right. Enough said.

7. Celebrity - Celebrities probably comprise 1 percent of Twitter users, while 99 percent of users follow these celebrities. Celebrity accounts include musicians, athletes, and actors. You also make the cut if you are the President of the United States or Bill Gates. Celebrities have millions of followers. When you're a celebrity, people retweet whatever you post. So you can use that influence to promote a cause or to tout new Instagram filters.

8. "Guru" - No I'm not talking about the Dali Lama (who is both a genuine guru and celebrity), but rather the group of people who have amassed a big enough following to become pseudo celebrities on Twitter alone. A quick search on Followerwonk shows more than 150,000 people with the term "guru" in their Twitter bio. Most of these people are self-proclaimed "gurus" of one sort or another, so take it with a grain of salt. But my hat goes off to those who have successfully used the medium to build their personal brand.

9. Business - Businesses are a very important group of users as they represent the advertising revenue that will fuel Twitter's growth. Companies of all sizes are now on Twitter and many of them are engaging with consumers in ways that were not possible in the world before social media.

10. The Best of the Rest - Based on the available numbers and a bit of fuzzy math, I estimate approximately 20-25 percent of the Twitter user base is unaccounted for in the nine categories above. This remaining group represents the core user base of the product. Some tweet more, some tweet less, but they are generally engaged. This demographic is essential to Twitter's success as they are the audience that advertisers are going to reach with their promoted Tweets. I'm a proud member of this group and I'm always happy to connect on Twitter, so please get in touch and let me know what you think of this post.