Tyra Banks surprised everyone when she announced she was going back to school, and not just any pen-to-paper institution, but Harvard Business School. But it seems as though the experience has shocked Banks just as much as everyone else.

"I think they make it hard on purpose," Banks told the massive crowd at her "Modelland" book signing in New York of her strict education. "Once you get done reading one assignment, you get another."

Banks told me that she had once planned to attend L.A.'s Loyola Marymount University, but was discovered as a model at age 17.

"The lightbulb went off to write when I was 16 years old. And I got accepted to many colleges, and I got sidetracked when I got discovered to be a model," Banks tells me. "A nice distraction. Then I came back to producing with 'America's Next Top Model' and now I'm coming back to the writing side."

Even without a formal higher education, Banks has turned herself into a brand with an annual income of over $30 million and is even perched near the top of Forbes' list of the highest-paid women in primetime.

"I love Boston, it's like Paris," Banks says of the city where she attends three-week intensive schooling sessions costing $31,000 a year for three years. And knowing how important school really is, Banks made it clear to a young person in the crowd, who asked for advice on how to deal with ignorant people: "You have to pity and educate them."

Check out other celebs who've headed back to school:

PHOTO GALLERY
Celebrities Who Head Back To School

Tyra Banks: Harvard Is 'Hard On Purpose'
Celebrities Who Head Back To School 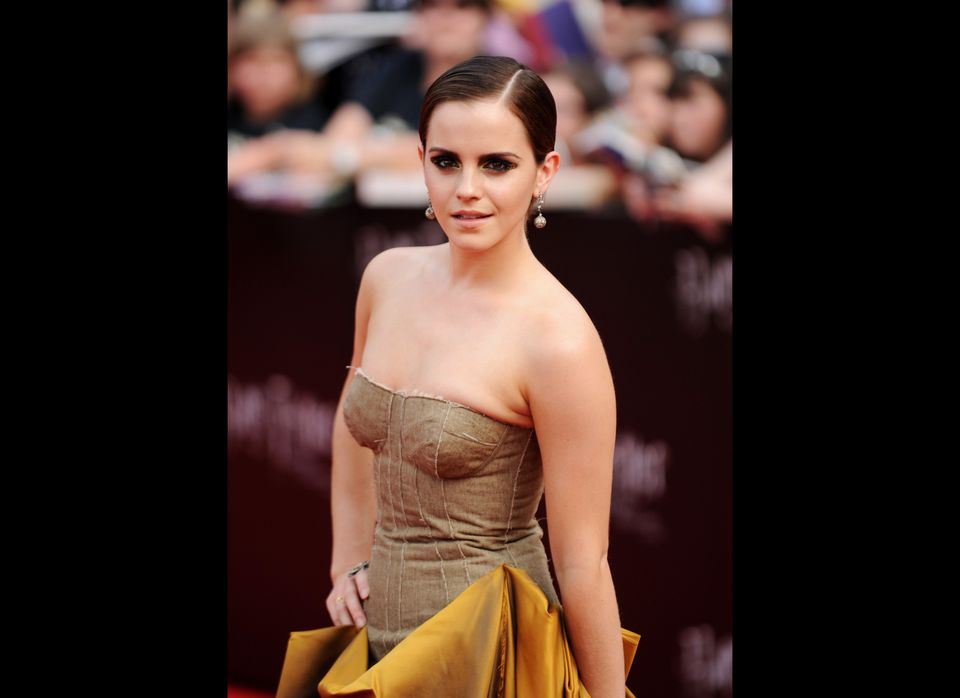 1 / 9
Emma Watson
With one of the most successful movie franchises in history ("Harry Potter") tucked away in her backpack, in the fall of 2009, Emma Watson headed to Ivy League Brown University. But two years later, in early 2011, she announced that she would be leaving academia to pursue her acting interests further. But always one to keep us guessing, in July 2011 she confirmed that <a href="https://www.huffpost.com/huff-wires/20110719/us-people-emma-watson-/" target="_hplink">she would, in fact, be returning to Brown in 2012</a> to complete her degree.
Getty