A Florida teen who killed a man during a confrontation last month will not face homicide charges under the state's controversial "Stand Your Ground" law.

In a release Tuesday, prosecutors said that Tyrone Pierson, 17, was justified in using deadly force on Julius Jerome Jacobs.

Witnesses told police that Jacobs, a 40-year-old community choir director, came after Pierson and two other teens with a large stick following an argument over alleged speeding July 5. According to authorities, Pierson shot Jacobs in the head, killing him.

Under Florida law, it is illegal for minors under 18 to possess a concealed firearm, other than an unloaded one in their home, but "Stand Your Ground" "qualifies [Pierson] for immunity from any homicide charges even though he illegally possessed the gun as a minor without a concealed carry permit," Think Progress noted.

Pierson will face two counts of unlawful possession of a weapon, and an additional charge of evidence tampering, because he initially lied about the location of the gun, prosecutors said.

The Ocala Star Banner reported that Pierson's friends, who were with him during the altercation that led to Jacobs' death, avoided conflict by running away.

Although the paper noted that Pierson fired a shot while fleeing, he had no duty to retreat because of the "Stand Your Ground" law.

"Stand Your Ground" has been heavily criticized in the wake of the Trayvon Martin shooting. Scrutiny of the law intensified after neighborhood watch coordinator George Zimmerman was found not guilty in the death of the unarmed teenager.

Although the move was initially perceived to be a major concession to protesters by Florida conservatives, the appointment of Rep. Matt Gaetz, a staunch backer of the law, to oversee the hearings tempered expectations.

Gaetz told the Tampa Bay Times that he's looking forward to the hearings so that he can offer a "full-throated defense of the law."

"I don't support changing one damn comma of the 'Stand Your Ground' law," Gaetz told the newspaper on Friday. "It would be reactionary and dangerous to make Floridians less safe to pacify uninformed protesters." 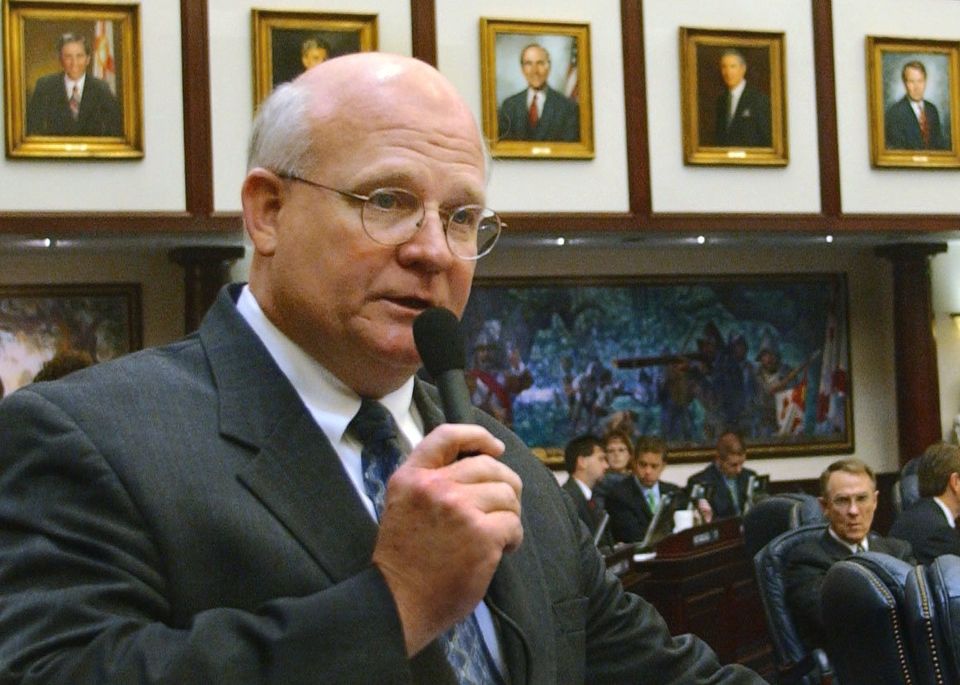 1 / 8
Rep. Dennis Baxley (R-Ocala)
Ocala Republican and funeral home director Dennis Baxley is so close to the NRA's past president and current Florida affiliate director, Marion Hammer, that <a href="http://www.tampabay.com/news/courts/meet-dennis-baxley-the-lawmaker-who-always-stands-his-ground/1226327" target="_blank">he once publicly joked the two were having an affair</a>, according to the Tampa Bay Times. He sponsored Florida's NRA-backed Stand Your Ground law in 2005, and has stood by it since -- despite high-profile cases where gunmen have gone free. "I don’t understand some of these cases. These mystify me,” <a href="http://www.miamiherald.com/2013/07/14/v-fullstory/3500168/little-hope-of-changing-stand.html" target="_blank">Baxley told the Miami Herald</a>.
Florida House/Mark Foley