U2′s Saturday night show in St. Louis has been canceled at the last minute due to concerns about security at the venue, the band announced on Saturday morning.

The band and its promotion company, Live Nation, said in a statement that they had decided not to go forward with the concert, a stop on U2′s “Joshua Tree” tour, because insufficient security staff would be available.

“We have been informed by the St. Louis Police Department that they are not in a position to provide the standard protection for our audience as would be expected for an event of this size,” the statement read. “We have also been informed that local crowd security personnel would not be at full capacity.”

As a result, U2 said, “We cannot in good conscience risk our fans’ safety by proceeding with tonight’s concert.”

The concert cancellation comes in the midst of outrage and protests in the streets of St. Louis following Friday’s acquittal of a white police officer who shot and killed a black man in 2011. Police were pursuing Anthony Lamar Smith over a suspected drug transaction. Before the shooting, then-Officer Jason Stockley was recorded over police radio saying he was “going to kill this motherfucker.”

As the verdict neared, the city’s police department and activists had both prepared for action, with the activists planning demonstrations in the case of acquittal and the police erecting barricades to control crowds.

After the verdict on Friday, hundreds protested in the streets of St. Louis. The demonstrators clashed with police early Saturday morning, as some threw rocks, bricks and bottles while police deployed tear gas and rubber bullets.

Although U2 and Live Nation did not explicitly reference the turmoil in calling off the concert, they stated that cancellation was “the only acceptable course of action in the current environment.”

U2 Cancels St. Louis Concert Due To Security Concerns
Best Scenes From The St. Louis Stop On HuffPost's Listen To America Tour 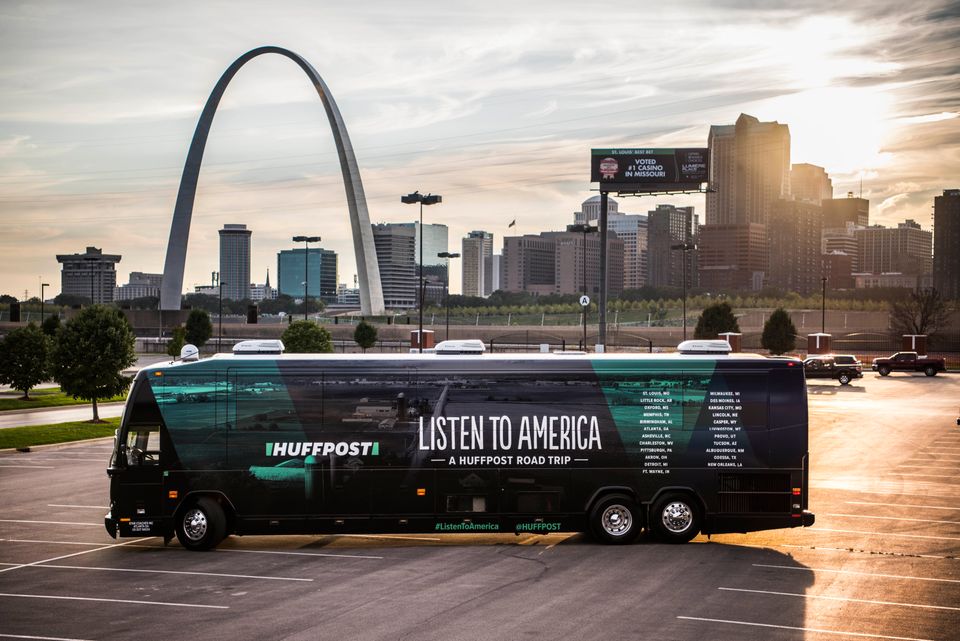 1 / 35
The HuffPost bus can be seen with the Gateway Arch in the background in Illinois on Sept. 11 as "Listen to America: A HuffPost Road Trip" kicks off. The bus&nbsp;will visit more than 20 cities on our&nbsp;tour across the country.
Damon Dahlen/HuffPost