Have you found yourself browsing through your iPhone’s music section in the past week, only to discover a strange album on there by some band called “U2”?

People were so annoyed to find U2’s new album, “Songs of Innocence,” on their iPhones that Apple created a special web page and shortcut for users to delete the damned thing.

The thing is, many of the people who have the “Automatic Downloads” feature setup on their iPhones ended up with the album too. And that led to some anger and confusion...

Scroll past the Tweet rage for instructions on how to delete the U2 album.

My phone tells me everyday I have no more storage but they found room for U2's album?? Hmmmm okay

Tyler, the Creator compares finding the U2 album on his phone to getting herpes http://t.co/K5qVF5gVIF

I'm afraid to listen to U2 bc I'm convinced the government is trying to brainwash me w something.. why else would they put it on my phone

So how does one get rid of this stuff? It’s fairly simple, according to the precisely titled Apple webpage “Remove iTunes gift album ‘Songs of Innocence’ from your iTunes music library and purchases.” 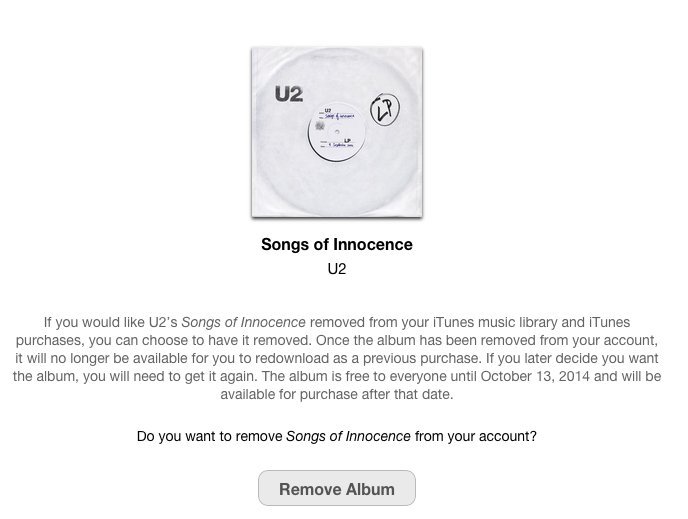 2. Confirm your Apple ID and password
3. Then delete the album one final time from your Apple devices
4. Begin the difficult process of moving on